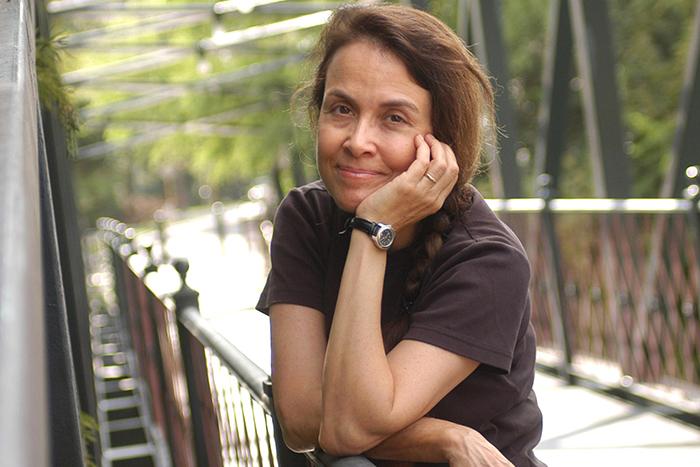 Dickinson has named acclaimed poet Naomi Shihab Nye the 2017-18 recipient of The Harold and Ethel L. Stellfox Visiting Scholars and Writers Program award. During her upcoming residency at Dickinson, Nye will visit classes and meet with students. She will also present a reading followed by a book signing and reception, on Monday, March 5, at 7:30 p.m. in Allison Great Hall.

Nye is one of America’s leading contemporary poets. She is a Lannan Literary Fellow, Guggenheim Fellow and has received a Witter Bynner Fellowship, administered by the Library of Congress. Nye appeared on the PBS poetry special “The Language of Life with Bill Moyers.” In 2010, she was elected to the board of chancellors of the Academy of American Poets. Her collection 19 Varieties of Gazelle: Poems from the Middle East (2002) was a finalist for the National Book Award. Nye is the author and/or editor on more than 30 volumes and also has written and edited collections of poetry and fiction for young readers.

Nye describes herself as a “wandering poet,” having spent 40 years traveling the country and world to teach writing to students of all ages. She was born to a Palestinian father and an American mother and grew up in St. Louis, San Antonio and Jerusalem. Drawing on her Palestinian-American heritage, the cultural diversity of her home in Texas and her experiences traveling the globe, Nye uses her writing to attest to our shared humanity. She is currently professor of creative writing-poetry at Texas State University.

The Stellfox Visiting Scholars and Writers Program is a gift from Jean Louise Stellfox, a 1960 graduate of Dickinson who was inspired to become an English teacher after meeting Robert Frost during the poet’s visit to the college in 1959. When Stellfox died tragically in 2003, her estate provided $1.5 million to the college to continue her mission of inspiring students by bringing renowned literary figures to campus. Stellfox named the program in honor of her parents, Harold and Ethel L. Stellfox.