Nitrogen Is the New Carbon 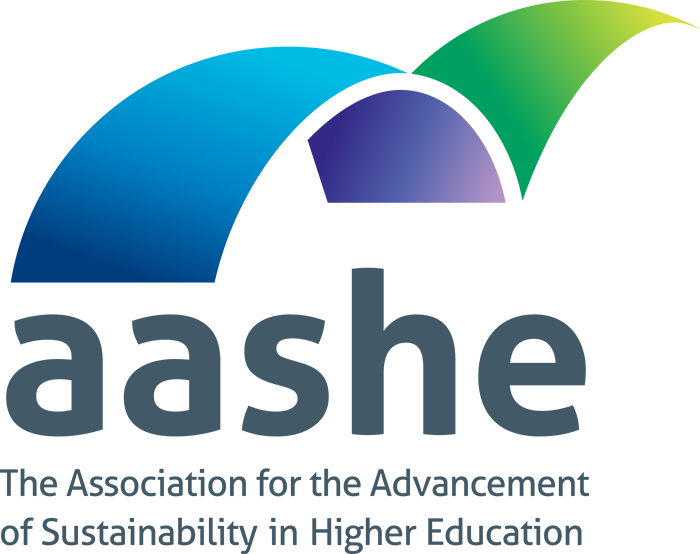 Dickinson and six partner institutions in the Nitrogen Footprint Tool Network (NFTN), received the 2017 Campus Sustainability Research Award from the Association for the Advancement of Sustainability in Higher Education (AASHE) during its annual conference this week in San Antonio. AASHE bestows its prestigious awards on the institutions and individuals that are helping to lead higher education to a sustainable future.

In addition to Dickinson, the award was presented to the University of Virginia (UVA), Brown University, Colorado State University, Eastern Mennonite University, University of New Hampshire and the Marine Biological Laboratory of the University of Chicago for a groundbreaking study of reactive nitrogen emissions—a known cause of smog, algal blooms and weakness to the ozone layer, among other effects. Their collaborative study was published in the April 2017 issue of the peer-reviewed journal Sustainability.

Dickinson’s participation in the award-winning research began when Elizabeth de la Reguera ’14 calculated the college’s nitrogen emissions for her senior thesis project. De la Reguera, who is currently pursuing a master’s degree from the Marine-Estuarine Environmental Science Graduate Program at the University of Maryland, used the Nitrogen Footprint Tool (NFT) in her study. The NFT, or N-print, was developed in 2013 at UVA, the first university in the world to calculate its nitrogen footprint and set a reduction goal. UVA subsequently invited Dickinson and a handful of other institutions to join the newly forming NFTN. Now composed of 20 colleges, universities and laboratories, the NFTN seeks to engage higher education institutions to understand and measure their nitrogen footprints, analyze nitrogen mitigation options and act to reduce pollution as an integral part of their sustainability programs. Its efforts are sponsored by the Environmental Protection Agency’s Sustainable and Healthy Communities Research Program through a cooperative agreement with UVA.

Neil Leary, director of the Center for Sustainability Education, led Dickinson’s participation in the NFTN project. Working with de la Reguera, Steven Fitzpatrick ’18 and Olivia Boggiano-Peterson ’17, the team updated the original calculations and used the NFT to evaluate strategies for reducing nitrogen pollution. That student-faculty collaboration produced two co-authored publications in the April 2017 issue of Sustainability.

“While initiatives such as reducing greenhouse gas emissions and energy and water consumption have been shown to reduce nitrogen pollution, this has not been a significant or deliberate focus of college and university sustainability programs. That is changing,” said Leary, adding that Dickinson and other institutions are starting to target nitrogen pollution reduction as part of their sustainability efforts. “In many ways, at colleges and universities, nitrogen is the new carbon.”

As measured by the NFTN’s calculations, a college or university’s nitrogen footprint represents a broad picture of campus sustainability related to how reactive nitrogen contributes to both local and global impacts on the ecosystem and human health. Reactive nitrogen is a byproduct of burning fossil fuels, while the production, harvesting and transport of food for campus dining halls also result in the unintentional release of reactive nitrogen to the environment. Other institutional sources of nitrogen include transportation, fertilizer use and waste.

In addition to the AASHE award-winning study, NFTN member institutions published nine other papers on the nitrogen emissions of their individual campuses. At Dickinson, the NFT identified food—meat and fish, in particular—as the largest contributor to the college’s footprint, followed by heat and power. Plans to reduce its nitrogen footprint are already underway. In 2018, Dickinson will install on college property a 3-megawatt solar array, which will supply more than 20 percent of the college’s annual electricity consumption. The college also has created menu-planning and food-purchasing efficiencies, which will yield reductions in food waste.

“It is highly gratifying to win this award with former and current Dickinson students who utilized the NFT in their undergraduate work, as well as with our NFTN colleagues,” said Leary. “The research is advancing sustainability goals on our campus and at colleges and universities across the nation. Our students have learned firsthand the challenges and benefits of collaborative work that brings together multiple institutions and multiple disciplines to tackle complex and important societal problems.”