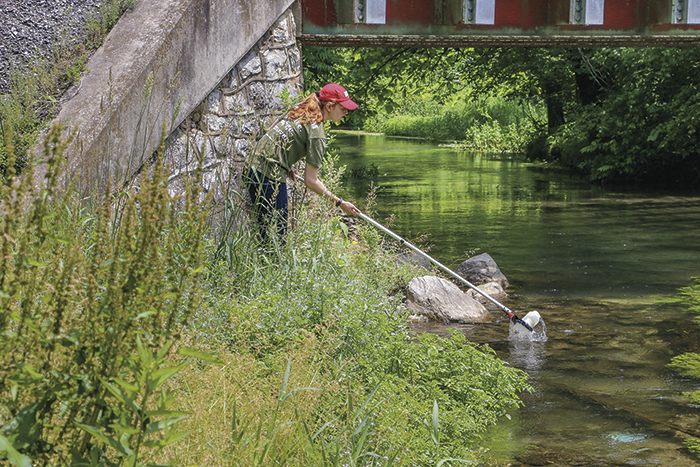 Sustainability is sometimes shorthanded as “being green,” but the full scope of sustainability is so far beyond being green that it’s nearly all-encompassing in terms of, really, making the world a livable place—environmentally and economically as well as in terms of social justice, energy consumption, transportation, infrastructure and myriad other elements.

For its 2018 rankings, the Princeton Review examined 629 institutions, and only one other institution from Pennsylvania made the grade, while two of Dickinson’s fellow EcoLeague colleges, College of the Atlantic and Green Mountain College, were honored.

Each institution named to the Green Honor Roll attained a 99 rating—the highest score on the scale. Generally, the scale looks at how well colleges do the following:

Dickinson has a cornucopia of sustainability-related programs spanning every facet of college life, from the Center for Sustainability Education and the College Farm to the Alliance for Aquatic Resource Monitoring (ALLARM) and the Sam Rose ’58 and Julie Walters Prize at Dickinson College for Global Environmental Activism. In addition to being regularly named to the Green Honor Roll, the college has received the STARS Gold rating from the Association for the Advancement of Sustainability in Higher Education, garnered top marks on the Green Report Card of the Sustainable Endowments Institute, has been consistently rated a Cool School by Sierra Magazine and earned Second Nature's inaugural award for Institutional Excellence in Climate Leadership.