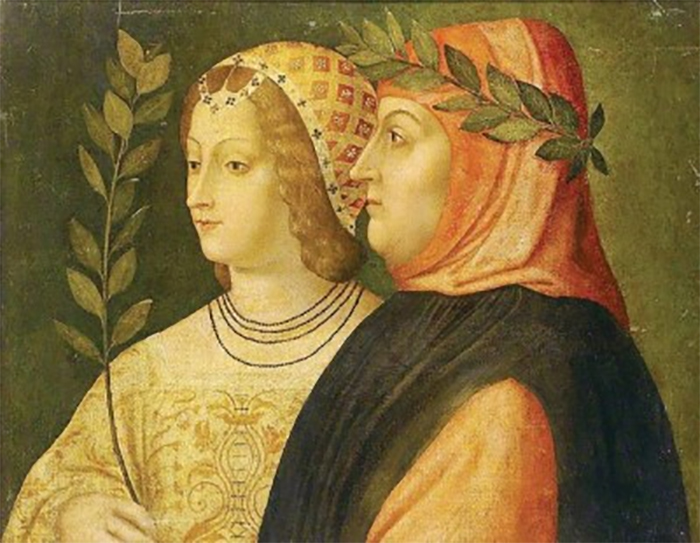 James McMenamin’s research reveals hidden meaning in a pivotal text and finds a common philosophical thread that connects it to another work by the same author. The associate professor of Italian will share his findings during a March 6 public lecture, "Petrarch’s Adamantine Chains: The Anniversary Series of ‘Love’ and the 'Song of Glory.' ” The lecture will be presented at 5:30 p.m. in Weiss 235.

His Canzoniere research hearkens back to McMenamin’s first graduate paper, in which he argued that a series of 12 sonnets in the Canzoniere represent a year of existential crisis for Petrarch. McMenamin was the first to analyze those 12 sonnets as a unit and to study that unit in relation to Petrarch’s Secretum—a separate work, written in Latin and portraying a fictitious dialogue between St. Augustine and Petrarch.

In Monday’s lecture, McMenamin will discuss the insights that arose from studying the Anniversary Series of Sonnets (poems 107-118) and the "Song of Glory" (poem 119) in relation to the Secretum. “In the end, my main objective is to provide a less ambiguous reading of the ‘Song of Glory,’ a poem that has continued to cause scholars many challenges,” he says.

The lecture is part of the medieval & early modern studies department’s annual series, founded in 2003 as an opportunity for the department's students and faculty to gather together to learn about current faculty research, and is now open to the general public. “The faculty find the forum a useful place to present works-in-progress, since the faculty members and students in attendance make excellent sounding boards,” said Carol Ann Johnston, professor of English, Martha Porter Sellers Chair of Rhetoric and the English Language and chair of the medieval & early modern studies department.

Past public medieval & early modern studies lectures include a 2015 talk on Galileo’s moons by Melinda Schlitt, professor of art & art history and William W. Edel Professor of Humanities, and last year’s lecture on the origins of Western liberalism by Professor of Classical Studies Marc Mastrangelo.