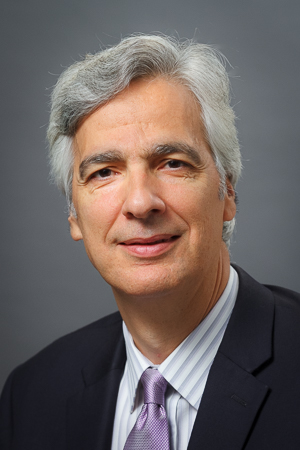 Prof. Mastrangelo's publications have focused on Early Christian Latin poetry, Greek tragedy, and Greco-Roman intellectual history. He is a co-editor of The Unknown Socrates (Bolchazy-Carducci, 2002) and the author of two books: The Roman Self in Late Antiquity (Johns Hopkins, 2008) and Prudentius' Psychomachia: Introduction, Translation, and Notes (Routledge, 2022). Other publications include: "Towards a Poetics of Late Latin Reuse," in Tradition and Innovation in the Latin Poetry of Late Antiquity (WinterVerlag, 2016); "The Early Christian Response to Platonist Poetics: Boethius, Prudentius, and the Poeta Theologus," in The Poetics of Late Latin Literature (Oxford, 2017); "Nostalgia, Memory, and Emotion In Augustine's Confessions," in Memory and Emotions in Antiquity (de Gruyter, Forthcoming). Prof. Mastrangelo teaches courses at all levels of Classical language and civilization. He is co-founder of Dickinson Classics Online, which publishes resources for Chinese students and scholars of the ancient Greek and Latin classics, and the Humanities Collective at Dickinson. He was Visiting Professor in Anglophone Studies at the Université Jean Jaurès, Toulouse in 2014-15 and is an Honorary Fellow at the Guangqi Center for International Scholars at Shanghai Normal University.

CLST 200 Ancient Philosophy
Cross-listed with PHIL 201-01. This course undertakes topics, issues, and texts in Classical Civilization which are not otherwise offered in the Classical Studies Curriculum. The areas may include literary, historical, or philosophical topics from Bronze Age Greece to Christian Rome. Will meet either Div 1a or 1b – Humanities, or DIV II-Social Sciences depending upon topic.

PHIL 201 Ancient Philosophy
Cross-listed with CLST 200-01. This course is an introduction to central questions, claims and arguments in ancient philosophy, centering on the work of Plato and Aristotle. Potential questions include: What is the value of reason and knowledge? What is knowledge? Is it always better to be just than unjust? What constitutes a good human life? What kind of thing is a human being?Prerequisite: one prior course in philosophy or permission of the instructor.

CLST 390 Senior Research Colloquium
This capstone course for the classical studies major includes an individually designed research project on an open question in Classical Studies based on a set of primary sources or data, and a reflective essay that applies one or more classical texts to a contemporary issue or problem of the student’s choosing. A syllabus of common readings is developed based on student interests as determined prior to the course. Class meetings include discussion of common readings, presentation of draft research and ideas for the reflective essay, field trips to museums and visiting lectures, and discussion of the value of the classical studies major to prospective employers and others. Results of the research and reflection will be published on Dickinson Scholar and publicized via the department blog.Prerequisite: Three LATN or GREK courses above 102 and CLST 251 or 253.