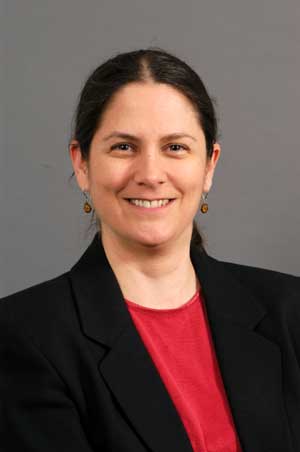 Professor Schlitt teaches courses in art and architecture of the Italian Renaissance, Ancient Greek and Roman art and architecture, and Women and European Art. Her current research focuses on 15th and 16th-century Italian art and criticism, the reception and transformation of the past, and poetry as cultural identity in art. She has published on Galileo's Moon Drawings, Francesco Salviati, Giorgio Vasari, Michelangelo, and the relationship between language and imagery in the Renaissance, and has edited (and contributed to) two books of new essays: "Perspectives on Early Modern and Modern Intellectual History," (Univ. of Rochester Press, 2001) and "Gifts in Return: Essays in Honour of Charles Dempsey," (Univ of Toronto Press, 2012). Prof. Schlitt is currently completing a monograph on the Arch of Constantine in Late Antiquity and the Renaissance, and a study on the Visual Poetics of Place in late 15th-century Florence . Awards include the Rome Prize, American Academy in Rome; Resident Fellowship, Getty Center for the History of Art and the Humanities; Research Fellowship, American Philosophical Society; Fulbright Foundation Research Fellowship; Lila Acheson Wallace-Reader's Digest Publications Grant, Villa I Tatti, Florence.

ARTH 101 Introduction History of Art
This course is a critical survey of western art beginning with the Ancient Near East (approximately 4000 B.C.) through the Gothic period in Europe (early 1300s). Emphasis will be placed on the analysis of style, subject-matter, and function within an historical context, and especially on the student's ability to develop skills in visual analysis. Developing appropriate vocabularies with which to discuss and analyze works of art and imagery will also be stressed, along with learning to evaluate scholarly interpretations of them.

ARTH 212 Michelangelo-Man & Myth
In this course, we will explore the figure and art of Michelangelo from a historiographic and critical perspective. Understanding his role as an artist and the effect of his art on his contemporaries and subsequent generations of artists, critics, and scholars through our own era will be a primary goal. Readings will be drawn from a variety of primary and secondary sources, and will include writings by Michelangelo himself, critical and theoretical commentaries, historical narratives, and art-historical interpretations. Conflicts within the scholarly community about how we might understand and reconstruct his life will also be addressed, as well as how the idea of the creative process was constructed and enacted during the Renaissance in Italy.Prerequisite: 101 or 102, or permission of instructor.

ARTH 300 Artists, Audience, Patrons
This course examines painting, sculpture, and architecture in Italy from 1250 to 1570. The work of Giotto, Lorenzetti, Donatello, Masaccio, Brunelleschi, Ghiberti, Botticelli, Leonardo, Raphael, Titian, and Michelangelo, among others will be addressed. Students will study the significance of style, subject-matter, function, patronage, and artistic practice within historical and cultural contexts, and will also address Renaissance interpretations and responses to works of art. Discussion of art-historical theory and criticism as well as Renaissance theory and criticism based in primary texts will be an intrinsic part of the course. Students will acquire the ability to analyze and interpret works of art from the period within the framework outlined above, and will gain a working knowledge of the most significant works and the meaning(s) they have acquired over time. Analysis of primary and secondary sources will be a central focus of the research project, and students will be expected to construct a clear and well-supported interpretive argument over the course of the semester. The course includes a field trip to the National Gallery of Art in Washington, D.C., which has the largest collection of Italian Renaissance painting outside of Europe. Prerequisite: 101 or 102 or permission of the instructor. Offered every year.