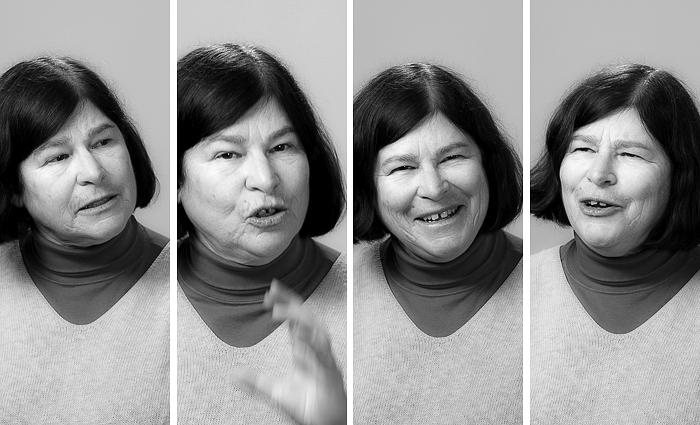 Susan D. Rose ’77, Charles A. Dana Professor of Sociology and Director of the Community Studies Center, discusses her interest in the Carlisle Indian Industrial School and her approach to global education.

You’re the co-editor of the new book Carlisle Indian Industrial School: Indigenous Histories, Memories, and Reclamations. How did you first become interested in the school?

When we bought our home in Carlisle’s Old Bellaire Park neighborhood from the widow of Richard Kaseeta, we learned that he had been the youngest child at age 4 to be sent to the Carlisle Indian School. So for my son’s 8th grade History Day project, we decided to go to the Cumberland County Historical Society to learn more about Kaseeta and the school. There I met Barb Landis and later Jacqueline Fear-Segal who was on a faculty exchange from the University of East Anglia researching Indian boarding schools. Through a combination of efforts—and Jackie’s work in the National Archives—we were able to piece together the story of the Lost Ones, two Lipan Apache children captured by the 4th U.S. Cavalry on the Texas–Mexico border in 1877 and brought to Carlisle. As a student at Dickinson in the mid-1970s, I never heard of the Carlisle Indian School. Now our home has been blessed by the Lipan Apache who came to do blessing ceremonies 132 years after the capture of their children. The story of The Lost Ones: Long Journey Home is told in a documentary that my student, Manuel Saralegui ’09 and I made. The screening of the film at the Native American and Indigenous Studies Association (NAISA) led to a call for the 2012 Carlisle Symposium, which then led to the publishing of the Carlisle Indian School book.

In the book, you and co-editor Jacqueline Fear-Segal write that Carlisle became “infamous in all Native communities as a major site of cultural genocide.” The idea of destroying a culture through education has to be particularly unnerving to a professor and sociologist.

While the hope for many was that education in the United States would be the great equalizer, it is evident it has often segregated young people by race, ethnicity, class and gender in ways that have reproduced inequalities rather than ameliorated them. This is especially true for Native American children. In order to control Indian nations and assimilate Indian children, many were sent far from home to Indian boarding schools. The intentional strategy of Richard Pratt, founder of the Carlisle Indian Industrial Boarding School, was to “to kill the Indian in him and save the man.”

For Native communities, Pratt’s experiment at Carlisle initiated processes of diaspora, dislocation, and rupture that had many immediate impacts as well as long-term legacies. For all Native nations, physical and spiritual well-being was anchored not just within their communities, but also within the environment and land that surrounded them. When Native children were transported hundreds, and sometimes thousands, of miles to Carlisle, they were not only subjected to a strict “civilizing” program to strip them of their cultures, they were also forced to live in an alien place devoid of familiar cultural, spiritual and geographical markers, as well as the support and succor of kin and community.

This history then is important—not only in studying the past but in assessing current educational practices and envisioning future ones, always asking—education for what purpose, for whom and by whom?

Your work has also helped bring about the Carlisle Indian School Digital Resource Center. Why is it so important to make this history accessible digitally?

The Carlisle Indian School Digital Resource Center (CISDRC) represents an effort to aid the research of descendants and scholars by bringing together, in digital format, a variety of resources related to the Carlisle Indian School that are physically preserved in various locations around the country. Through these resources, the Dickinson Archives and Community Studies Center seek to increase knowledge and understanding of the school and its complex legacy, while also facilitating efforts to tell the stories of the many thousands of students who were sent there. The intention is not only to share archival material, but to further build and develop the archival record by providing a platform for Native Americans to add both their voices and their personal documentary collections to the conversation.

In its initial stages, the CISDRC is enabling people to easily access, search and analyze data previously housed at the National Archives in Washington. Government and school officials (almost solely white and non-Native) were the ones in control of the historical production at Carlisle and the resulting sources, archives, narratives and histories handed down come from a unified perspective. Yet increasingly, we are learning the archive can be revisited to reveal hidden facts, that different voices carried in oral sources can be listened to for alternative truths and the “particular bundle of silences” that attach to the Carlisle narrative can be opened up and deconstructed.

In addition to your teaching and research, you direct Dickinson’s Community Studies Center (CSC). It has been the home to significant faculty-student research since its beginning in 1997. What got it started?

The mission of the CSC is to create collaborative communities of inquiry. Faculty, students and community partners engage in interdisciplinary field research to create shared knowledge around issues of mutual concern, working toward greater equality, peace and social justice. CSC was created as a result of the successful Mosaic model and the need for a social-science lab and archival space for research findings. Since then, students have done significant empirical research in diverse communities and environments both close to campus and across continents. Starting with the multi-ethnic town of Steelton, just east of Harrisburg that drew a very diverse labor force to work in the steel mill established in 1866 and expanding to a comparative study of company towns in Patagonia, Argentina, faculty-student research teams have focused on issues concerning (im)migration and inequality; diasporas and diversity; natural history, citizen scientists and global climate change; black liberation movements and sustainability, education and human rights.

Students learn not only how to design and conduct research but also how to produce their findings and analyses in various forms: written research papers and reports, conference presentations, video documentaries, audio podcasts and multimedia websites. We just celebrated 20 years of the American and Global Mosaic programs.

What excites you about the future of CSC?

More of the same! Seriously, both continuity and change. We have developed a flexible model that works really well and is adaptable to many kinds of research projects and places—that brings together key features of a Dickinson liberal-arts education, creating a productive synergy among civic engagement, sustainability, global education and domestic diversity. The Community Studies Center also helped organize and launch health studies and most recently, the food studies certificate in collaboration with the Center for Sustainability Education (CSE), the Dickinson Farm, and faculty from multiple disciplines. It’s this kind of thoughtful, interdisciplinary responsiveness to contemporary concerns and faculty and student interest that I am excited about. I would also like us to be able to create a more sustainable, long-term community partnership that is of mutual benefit to our students, faculty and community partners whereby the curriculum and co-curriculum can work together across courses, projects, and service trips. Where CSC will go in the future will depend on the interests and concerns of all of those involved.

We have heard you have a domestic violence shelter named after you in the Netherlands. Tell us about that.

Yes—it's in Roosendaal. In 2010, we held the first Clothesline Workshop that invites women to create T-shirts to express their experiences of violence and healing in the Netherlands. The workshop was followed by a symposium on gender violence with law enforcement, social workers and judges. That led to an open-air exhibition in The Hague on International Women's Day, March 8, 2011, with Dutch Parliamentarians and the U.S. Ambassador to the Netherlands participating. Women from 23 shelters contributed shirts. When a new shelter was being created, I was asked if it was ok to use my name—I thought it would just be named the Rose Shelter (a nice reference to flowers and Roosendaal where it was located), but it was named the Susan Rose Shelter. This was a great honor.