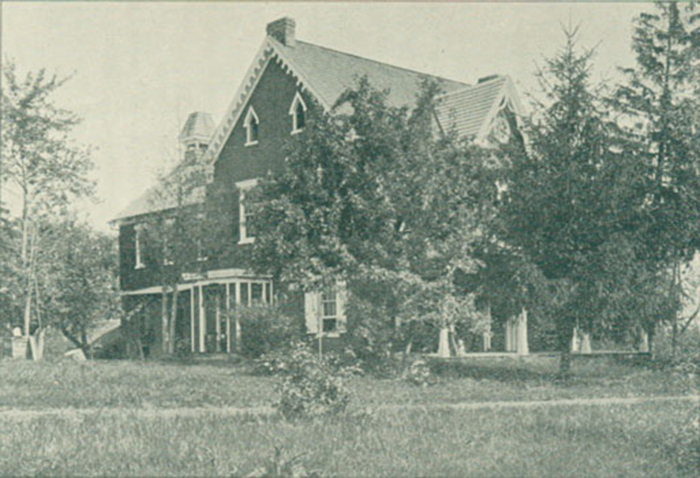 Our histories are not formed in a vacuum. They occupy physical spaces—spots where meaningful events happen, where lives are lived and cultures and connections are forged. Visiting these sites, we can connect with the people and events that influence us. That’s why, on discovering that a historically significant building in Carlisle was about to be destroyed, descendants and scholars from across the U.S. fought to save it.

A new book chronicles the pivotal role that this historic building plays in Native American, American and colonialist history. Co-edited by a Dickinson professor and featuring contributions by Dickinson writers, Carlisle Indian Industrial School: Indigenous Histories, Memories, and Reclamations unravels the tangled history of the Indian School and the fight to preserve its more than 200-year-old farmhouse, where students studied and lived.

The story begins with the Carlisle Barracks, a few miles north of the Dickinson campus and established in 1757. Ironically, it was the site of a school for American-Indian War officers and soldiers before Capt. Richard Henry Pratt staked out the spot for his flagship Indian school, founded in 1879.

By providing Native American children with an intensive, residential, Western-style education, Pratt believed his school would “civilize” a generation of Native Americans and, ultimately, lead to lasting peace between the Native and non-Native communities. During the 39 years that followed, more than 10,500 students put that theory to the test. 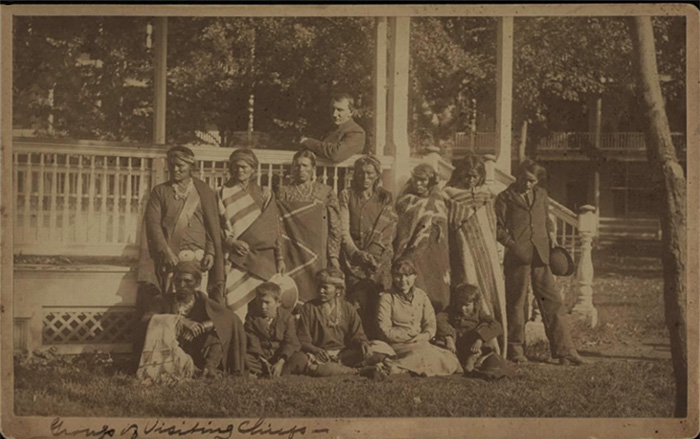 Some graduates fared well, but others were deeply traumatized. Separated from their homes, communities and families—and instructed to reject their cultures and ways of life—they found themselves in a space between two cultures, unable to fit comfortably within either one.

Half of the school day was devoted to academics, and the other half was devoted to apprenticeships in fields such as carpentry, blacksmithing, home economics, dairying and farming. For those preparing for agricultural careers, the school’s farmhouse—a stately, streamside structure about a quarter mile from the main Indian School campus—was the locus of their day-to-day lives.

From educational hub to disrepair 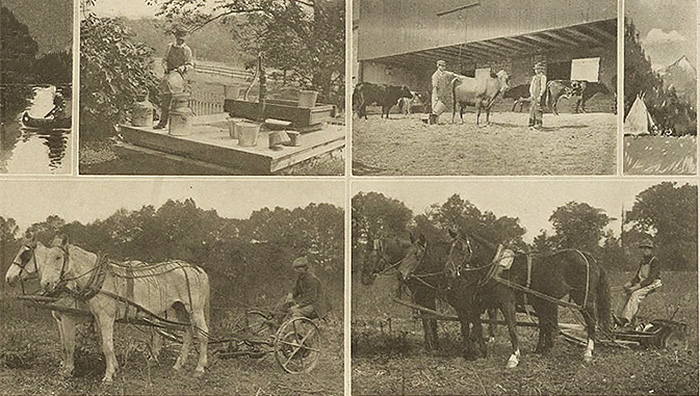 Dating to 1853-56, the farmhouse served as a private residence, an officers’ home and a lodge for Confederate soldiers before it became a center of food education and production at Pratt’s school. It included a classroom for lessons in animal husbandry, crop production and related subjects. Students who apprenticed at the school’s farm and dairy also took meals in the building, and the dairy students lived there, along with the head farmer and his family.

When the Indian School closed in 1918, the War Department opened a rehabilitation hospital for World War I veterans at the site. A few years later, the hospital was converted to a medical field-service school. The farm and dairy continued to produce food for some time, but by the 1930s they’d been shut down to make way for Army housing and training; the school cemetery had likewise been moved to a smaller, less centrally located plot. The U.S. Army War College was founded in 1951.

Several Carlisle Indian School sites were named national historic landmarks in the 1960s, but the farmhouse was not among them. Over the years, it fell into disrepair.

In 2010, the Carlisle Barracks announced a decision—made in cooperation with the state’s historic preservation office, the county historical society and an Oklahoma-based tribe—to raze the farmhouse, making way for new barracks housing. On the heels of a petition by Indian School descendants to stop the farmhouse’s demolition, Dickinson hosted an international Native American conference, the first of its kind.

Spearheaded by Susan Rose, Charles A. Dana Professor of Sociology and director of the Community Studies Center, along with the University of East Anglia’s Jacqueline Fear-Segal, the 2012 conference brought together nearly 300 Native and non-Native scholars, leaders, artists, teachers and students and included a roundtable discussion with descendants and U.S. Army representatives.

In 2014, after completing additional research, the Army announced that the farmhouse would be preserved.

Two years later, Carlisle Indian Industrial School: Indigenous Histories, Memories, and Reclamations (University of Nebraska Press, 2016) asserts the farmhouse and school’s place in American, Native American and colonialist history. Co-edited by Rose and Fear-Segal, it is the first known scholarly work to place the school at the center of the North American Indian school movement.

The book opens with a moving poetic essay by Pulitzer Prize-winning author N. Scott Momaday, the keynote speaker at the 2012 conference at Dickinson, and an essay by Christopher Bilodeau, associate professor of history. Special Collections Librarian Malinda Triller Doran provides insight on the digitization of the Carlisle Indian School archives. Other highlights include a poem by former Dickinson Artist-in-Residence Eduardo Jordá, translated by Mark Aldrich, associate professor of Spanish, as well as a personal essay by Sharon O’Brien, professor of American studies and English, and Barbara Landis, Carlisle Indian School biographer at the Cumberland County Historical Society.

Looking back on the four-year journey that led to the farmhouse’s preservation and the book, Rose said it’s been “an amazing experience.” And it’s not over yet.

“Plans are underway now to turn the farmhouse into a gathering space and cultural heritage center for descendants and others interested in the Carlisle Indian School,” said Rose, who envisions the center as “a place where Native American histories can be shared and recorded.”

That effort kicked off last August, when students in a First-Year Interest Group washed windows, cleared debris and swept floors during the site’s first major cleanup. Dickinsonians learned more about the links between the college and the Indian school—and between the Indian school and current social-justice movements—during an Oct. 11 lecture delivered by Mark Charles, a Navajo writer and consultant.

“There's obviously a lot of history at the Indian school, and it’s not the kind of stuff you typically hear too much about in elementary and high school,” said longtime volunteer Jessica Hampton ’17 (neuroscience and biochemistry & molecular biology), who co-led the Pre-Orientation cleanup effort. “It was cool, learning about how the Indian school farmhouse still plays a prominent role in Native American history.”