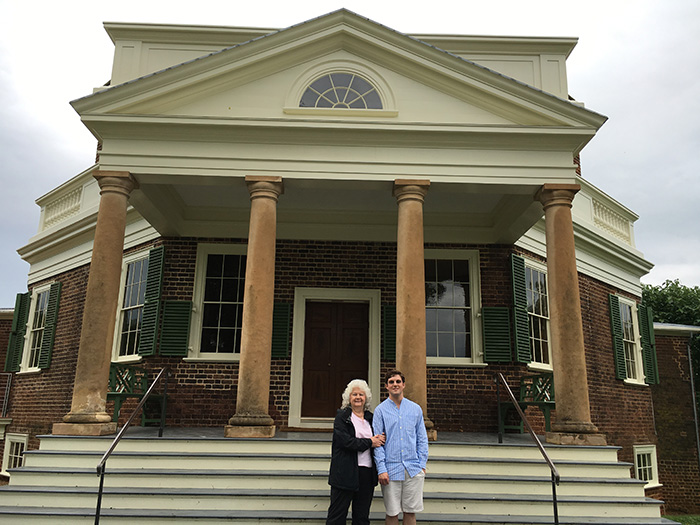 When Cooper Wingert ’20 arrived on campus for a Pre-Orientation course on writing, he had a lot to say about the subject, having already published 10 books by age 18. Here, Cooper talks about why he chose Dickinson, his love of writing and more.

The John Montgomery Scholarship, the J. Howard Wert Award and the James I. Robertson Award.

The Dangerous Summer by Ernest Hemingway.

The college is steeped in amazing history, tying it to the likes of Thomas Jefferson, James Madison and, of course, Benjamin Rush. It's the only college I applied to, and I applied Early Decision.

I enjoyed learning about the mountain people of China during my first-year seminar. It was a fun experience, and everyone got along well.

I am a golfer and an antiques collector.

Finishing my book on slavery and the Underground Railroad. I was introduced to a remarkable private collection of materials, which served as the impetus to fill in the gaps in the story of South Central Pennsylvania’s relationship with slavery. I learned a lot about the resilience of a community and how people from different religious, ethnic and racial backgrounds came together in the defense of personal liberty.

… the next Steve Irwin.

I have several friends who have profoundly influenced me and my writing.

About my informal internship:

I did hands-on research at Gettysburg National Military Park, a more than 6,000-acre national park. I learned a lot about nature and how it stands as a silent witness against the jumbled masses of humanity that pass through it.

You can never prepare enough.

I want to continue to write professionally on various subjects and in various places.