A Decade of Digging Into Civil War History 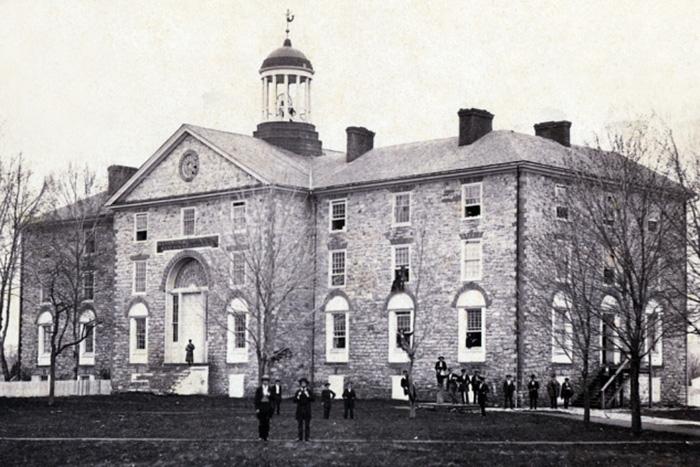 The House Divided Project marks 10 years with conference on Reconstruction

Foner, one of the country’s most prominent historians, will deliver a lecture on the significance of Civil War Reconstruction in American history on Thursday, March 24, at 7 p.m. in the Anita Tuvin Schlechter (ATS) Auditorium. Foner is the leading contemporary historian of the post-Civil War Reconstruction period and the author of numerous books. He is one of a handful of people to have won both Bancroft and Pulitzer prizes in the same year.

The conference, which is free and open to the public, marks the 10th anniversary of the House Divided Project, a Dickinson initiative dedicated to bringing a greater understanding of the Civil War era into K-12 and undergraduate classrooms. The project has produced more than two dozen websites and online exhibits, digitized more than 15,000 public-domain images and partnered with several leading cultural and educational institutions.

On Friday, March 25, at 12 p.m., National Constitution Center President and CEO Jeffrey Rosen will hold a conversation on “America’s Second Founding” in the Stern Center Great Room. The conference also will include a K-12 teacher workshop on Reconstruction on Saturday, March 26, from 9 a.m. to 3 p.m. in Dana Hall, Room 110. This event requires pre-registration.

All events will be streamed live on YouTube, and additional details are available on the House Divided site.

The Gilder Lehrman Institute of American History in New York and the National Constitution Center in Philadelphia are co-sponsoring the conference. Principal funding for the conference comes from the Andrew W. Mellon Foundation via a generous grant provided by the Dickinson College Digital Humanities Advisory Committee.