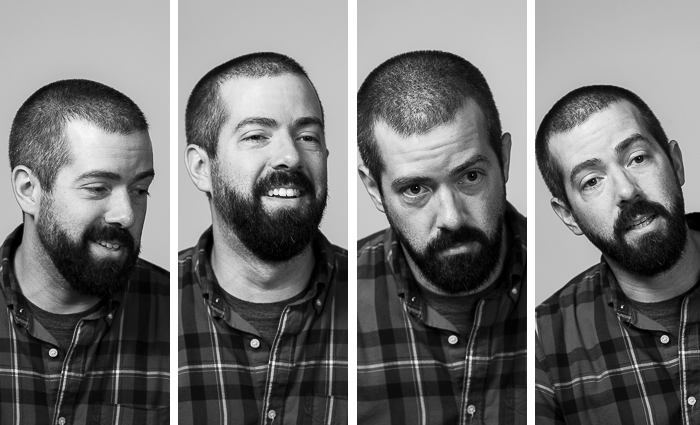 James Sias, assistant professor of philosophy and author of The Meaning of Evil, discusses how evil people see the world and the ways in which researching dark topics has changed him.

You write that the term “evil” is intertwined with the history of philosophy. How so?

For most of the history of philosophy, philosophers used the term “evil” to mean one of two things. At its broadest, the term has been used to refer to the opposite—or absence—of goodness. So in this sense, evil means something like badness of any kind. Even nowadays, when we use the familiar expression “good versus evil,” we seem to be implying that these two categories are opposites. Some philosophers, though, use the term "evil" to refer more specifically to suffering. This is how it is often used in the context of the so-called problem of evil in the philosophy of religion, which is the problem of reconciling all the suffering in the world with the existence of a God who is supposed to be—among other traits—omnipotent and morally perfect.

It really wasn’t until the middle of the 20th century—and primarily in response to the Holocaust—that some philosophers began using the term "evil" to refer to something far more specific than badness or suffering. The basic idea is that some actions—like genocide—and some kinds of suffering—like that endured by concentration camp inmates—are so horrific, so extreme, that to simply call them wrong or bad would be to fail to fully appreciate their moral uniqueness. Only a term like "evil" will do. But then, when we’re using it in this newer and more specific sense, what does the term "evil" even mean? Does it just mean really, really wrong or bad, or something else entirely? This is what I set out to answer in my book.

The Meaning of Evil was inspired by a course you taught on issues in moral psychology. How did that unfold?

We were about to begin a three-week section on psychopathy and its moral implications, focusing on questions like, Do psychopaths understand moral concepts? Do they really “lack a conscience”? Are they blameworthy for their bad behavior? In order to set up the discussion, I had students write down their answers to the following questions: Can a person be genuinely morally evil? If no, why not? And if yes, what would it take for someone to count as an evil person? Of the 13 students in the class, 11 said that they do not believe a person can be genuinely morally evil. I guess I expected some resistance to the idea, but not that much.

I read all 13 responses on the way back to my office after class, and as I walked into the philosophy department, I bumped into my colleague Chauncey Maher. I said to him, “You’re not going to believe what I just read.” And after I told him, he replied, “You should write a book about that.” So I did.

The first half of the book examines case studies of serial murder, genocide and a few money-related evils. Why focus on those cases?

Like most philosophers who work on issues in ethics, I assume that a plausible theory of any moral subject ought to correspond as well as possible to people’s ordinary intuitions about the matter. If, for instance, a theory of evil implied that even little white lies ought to be included alongside the Holocaust as among the worst moral evils, that’d be a terribly implausible theory. So then the question becomes, What kinds of things do people ordinarily think are evil?

Not long ago, another philosopher working on evil conducted an online survey for which respondents were asked, of a set list of candidates, Who is a better example of an evil person? The results of the survey were telling: Of the top 20 most plausible candidates for evil, nearly three-quarters were either serial killers or perpetrators of genocide. So I figured that serial murder and genocide would probably rank fairly high among the most plausible candidates for evil actions; and in Chapter 2 and Chapter 3 of my book, respectively, I try to determine exactly why this is the case.

The reason for including money-related evils is just that I figured there had to be some interesting explanation for why so many people regard the love of money—or the unscrupulous pursuit of wealth—as the root of all kinds of evil. In Chapter 4 of the book, I consider three such cases—Bernie Madoff’s massive investment fraud, human trafficking and factory farming—and ask, Is there anything that these actions have in common, such that they might also be plausible candidates for evil?

What do they all have in common?

The short answer is that all of these people see their victims as morally superfluous. This is the idea that I borrow and adapt from some work by 20th-century political theorist Hannah Arendt. Think of it this way: Whenever we dehumanize, we misperceive or misapprehend the moral significance of others. We regard them as “less than fully human,” and in so doing we see them as less morally significant than they really are. To be evil—in my view—is to take this misapprehension as far as that concept will allow. Rather than seeing others as less than fully human, evil people see others as removed from the moral community entirely. It is not just that their victims’ interests matter less; rather, it is as if their victims do not even have interests that matter at all.

In what ways did the research for your book change you?

Well, for one thing, I’m certainly more cautious now than I used to be with my use of extreme moral language—like the term "evil"—and I encourage others to be as well. It’s just too easy to dismiss anything and everything with which we strongly disagree as evil, or monstrous or inhuman, and the like. Far from encouraging thoughtful discussion about differences of value and perspective, these words often have the effect of shutting discussion down.

I also think very differently now about the nature of moral character. Like many, I used to think of character primarily in terms of dispositions to behave—or not behave—in certain ways. For instance, to be honest is to be disposed to behaving honestly, to be brave is to be disposed to behaving bravely and so on. At a deeper level, though, I think character is less a matter of the ways in which we’re disposed to behave and more a matter of the kind of regard that we have for fellow members of the moral community. As I argue in the book, being an evil person is not so much a matter of the amount of harm you cause to others or the pleasure you get from causing it; rather, it is ultimately a matter of failing to see others as they are, morally—and failing in the worst possible way.

It also has sparked more than a few conversations that I likely never would have had before. As a philosopher, I’m used to working on issues that most people find too obscure or detached from real life to be interesting or worth engaging. But for whatever reason, people seem to be very interested in talking about evil. From colleagues and students to friends, neighbors and even complete strangers, I’ve had a bunch of really fascinating conversations over the past few years. Somewhat ironically, I guess, this has turned out to be one of the real—and few—joys of working on such an awful, awful topic.

Calder, Todd. 2015. “The Concept of Evil,” The Stanford Encyclopedia of Philosophy. (Free online)