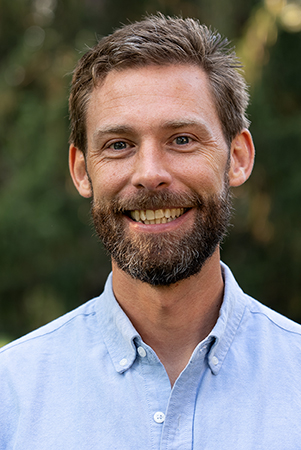 What is thinking? How does it differ from mere responding? How is it related to speaking? In what sense, if at all, is it governed by norms? I have approached this cluster of questions from two very different angles. In The Pittsburgh School, I offer a introductory overview of three insightful and influential philosophers—Wilfrid Sellars, John McDowell, and Robert Brandom—who hold that humans uniquely occupy “the logical space of reasons.” In Plant Minds, taking inquisitive non-experts as my audience, I interrogate the presumption that plants obviously don’t have minds, and make the case that they do. In a separate project, I inquire into “the white moderate.” In his “Letter from Birmingham Jail," Martin Luther King, Jr. says that he’s almost reached the regrettable conclusion that the white moderate rather than the white supremacist is the great stumbling block in the pursuit of freedom and equality. I argue that white moderates have indeed been a great stumbling block to equality throughout U.S. history, delaying equality while appearing to support it.

PHIL 103 Logic
The study and practice of forms and methods of argumentation in ordinary and symbolic languages,focusing on elements of symbolic logic and critical reasoning, including analysis and assessment of arguments in English, symbolizing sentences and arguments,constructing formal proofs of validity in sentential and quantificational logic.Offered every semester, or every three out of four semesters.

PHIL 261 Racism
Virtually no one wants to be called a racist. In that respect, we recognize it is wrong. But it persists. What should we do about it? What exactly is it? In this course, we start by studying some history of racism, attending especially to the United States of America. That will serve as a case study for assessing attempts to give a general definition of racism. In the second half of the course, we consider various ways of dealing with it, such as, colorblindness, affirmative action, integration, reparations, and abandoning capitalism, as well as civil disobedience and satire. By addressing these topics, this course introduces you to thinking philosophically about racism, racial inequality, and racial injustice.