In the Wake of Disaster 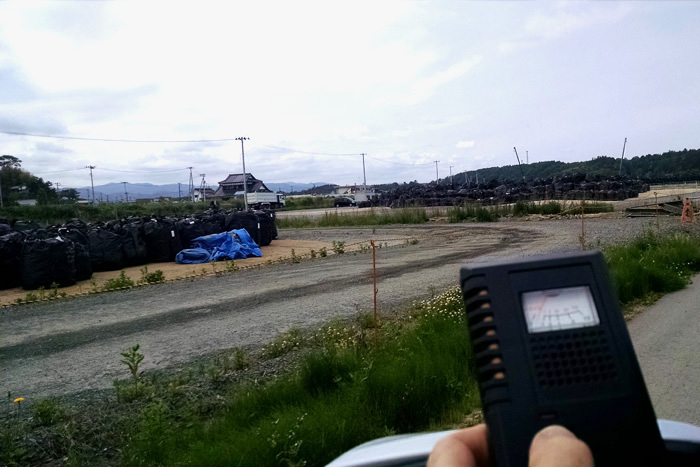 Geiger counters check for radiation, and plastic bags are filled with the toxic landscape material: "The Japanese government is scarifying the surface of roads and burning or bagging the removed material and adding volume beneath the new seawalls," explains Professor of Earth Sciences Marcus Key. "There are mountains and mountains of these big black bags." Photo by Marcus Key.

When disaster strikes, every media outlet quickly swoops in, disseminating the narrative as neatly as a PowerPoint presentation. Think of Hurricane Sandy: Images of trees bending in the wind, storefronts dripping wet and boarded up, water moving like cement through streets and people clinging to rooftops.

But those are real people on those rooftops, real people sifting through the debris field that was once their home, mourning the life—and perhaps family and friends—they knew the day before. How do they respond to such devastation? How do they recover? And is there a way to mitigate the effects of future disasters?

A recent Dickinson Mosaic, Responding to Disasters in the U.S. and Japan, examined those questions at three locations—Hurricane Sandy (2012), Three Mile Island (1979) and the earthquake and tsunami in Japan that caused a nuclear meltdown at the Fukushima Dai-ichi power plant (2011)—and interviewed the people who have had to work through them.

Part of Dickinson's distinctive hands-on approach to liberal-arts education for the last 20 years, Mosaics are intensive interdisciplinary research programs designed around ethnographic fieldwork and immersion in domestic and global communities. Other recent Mosaics have explored migration in the Mediterranean as well as race and education in the U.S. and South Africa.

Led by Joseph Priestley Professor of Natural Philosophy Marcus Key and Associate Professor of Japanese Language and Literature Alex Bates, whose first book, The Culture of the Quake, explored cultural representations of the 1923 Great Kanto Earthquake, Responding to Disasters in the U.S. and Japan took to students into the field for a month, with two weeks in Japan preceded by a week in the Harrisburg area and coastal New Jersey. And it was that boots-on-the-ground approach that grabbed both students and their professors again and again.

“Interacting with members of local communities allowed me to grasp the situations we learned about much more concretely,” says Hayat Rasul ’19 (mathematics, Earth sciences), a Los Angeles resident. “I vividly remember the Tohoku earthquake happening and receiving minor tsunami warnings on the coast of California. [But] the disaster was a whole ocean away, so far from my grasp. Meeting Japanese mothers and community organizers made me realize that my fear at the time was of no comparison to the realities they were living.”

“What was really amazing was the opportunity we had to talk to so many people about their experiences, and we were able to connect with many survivors and people displaced by the tsunami and nuclear accident,” Bates says, noting that lectures, documentaries and other secondhand materials, while instructive, “don’t hold a candle to the power of speaking directly to a person, and that really made it unforgettable.”

Stateside, students visited TMI, the site of the 1979 nuclear accident, and coastal New Jersey, struck by Hurricane Sandy, to see how disasters, both decades old and recent, both natural and human-made, have affected residents. One thing the group noticed right away was how much more quickly victims of Hurricane Sandy were able to return to their lives than were those in Japan.

“In Japan, many families were displaced for years, and many still are, because of the overwhelming amount of radiation that infested residential communities,” Rasul notes. “In the Fukushima Prefecture, the elderly were forgotten, and many still live in temporary housing. It was easier for younger individuals to restart their lives outside of their hometown. In New Jersey, families were moved together, both in and out of their communities.”

Another difference that emerged was how communities and governments reacted to the disasters and made plans to guard against future events. In some areas of New Jersey, the group saw soft, or green, engineering: rebuilding dunes, planting grass and replenishing beaches by dredging the sand offshore and pumping it back on shore.

In Japan, on the other hand, where the tsunami decimated populated cities and towns wholesale and the resulting reactor breach radiated the area for miles, massive concrete seawalls are still being built, stretching hundreds of miles along the coast.

“It was concrete and landfill: what we call hard, or gray, engineering,” says Key, explaining how the government is removing the top 10 centimeters of all rice fields and the top 5 centimeters of nonagricultural land and replacing it with fresh soil. “They’re taking the tops off of mountains and building up the towns in the valleys. It’s the most massive engineering effort I’ve ever seen.” 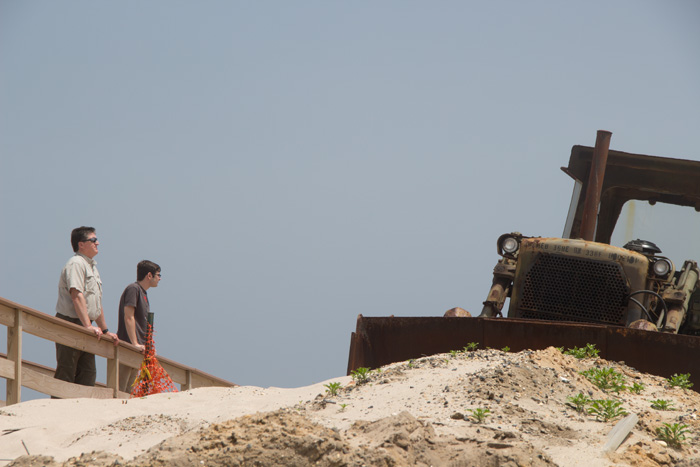 But they’re also the same

“A lot of the people we talked with, the ones most passionate about it, were mothers with little kids,” Key says, noting that in both central Pennsylvania and coastal Japan, mothers banded together to explore all facets of the nuclear disaster: why it happened, what can be done to prevent it from happening again and whether it was safe to live there.

Government response to both the TMI and Fukushima Dai-ichi accidents also elicited similar reactions: In both cases, poor communication erected a wall of distrust between residents, the nuclear power plant operators, and the government.

“At both sites, there was a lack of information,” Key says. “People don’t trust the operators or the government, so in Japan locals formed nonprofits and applied for grants to purchase radiation monitoring equipment. Moms would bring in their kids’ clothes, as well as food and soil samples from gardens and playgrounds” to check radiation levels.

Funded in part by grants from the Luce Initiative on Asian Studies and the Environment (LIASE), Dickinson’s Community Studies Center and the Center for Sustainability Education, the Mosaic also took a hard look at the relationship between climate change and large-scale disasters such as these.

“There’s a bigger picture here,” says Key, who notes that as an earth scientist his role is to dig into the who, what, where, when and, maybe most important, why of natural disasters. “Climate change is causing the models to predict more events like [Hurricane Sandy], and nuclear accidents like TMI and Fukushima are putting more stress on the low-carbon nuclear power industry. Until people can change their intensive energy consuming behavior, it’ll continue.”

Within that global frame, the personal tragedies hit hard. Key recalls a tour of a ghost town near Fukushima, and Bates recounts stories of people having to leave pets behind, of abandoned buildings overrun with weeds and damage in the wake of looters.

“After five years, you look into a house and can tell that people just ... left,” Key says. “Toys on the floor, things hanging on the walls. We saw a place where the tsunami was about 100 feet above sea level, where school buses were on top of buildings, railroad lines ripped up and twisted. You see the slabs of missing homes on the shore and interview the shop owner on the boardwalk who’s lost everything; you talk to those young mothers who haven’t let their children outside for five years. You can’t even imagine.”