The World Is Your Comfort Zone 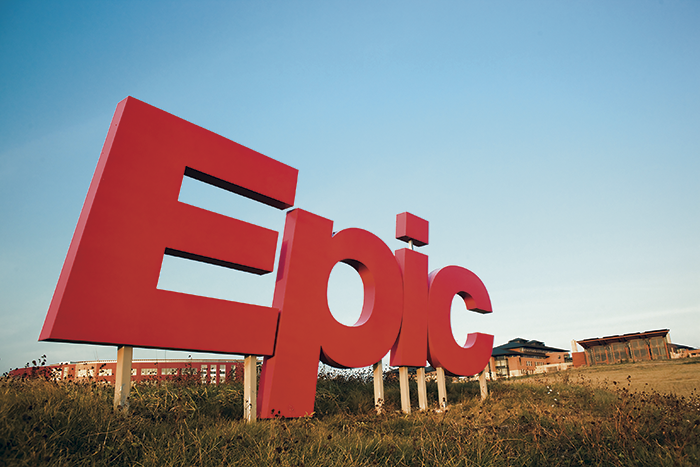 There’s no punchline. They walk into a multibillion-dollar software company, in this case Epic Systems, and they’re all hired. And that’s what the liberal arts can do: create well-rounded graduates able to apply their education to spheres that might seem wholly alien. 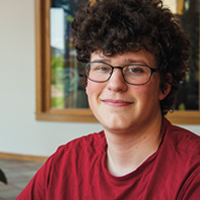 “More than specific classes, I learned how to live and think from my liberal-arts education, and that made me open to any challenge,” says Kyle Anderson ’15, the art & art history major in the previous scenario and current quality assurance specialist at Epic. “Epic is nothing close to my major in terms of subject matter, but my general openness to opportunities and critical approach to projects and things outside my comfort zone is what has allowed me to be successful in my current job.”

Epic was founded in 1979 by Judith Greenfield Faulkner ’65, who's lauded often by buiness publications around the world, such as Forbes, who regularly adds her to its lists of Power Women, America's Top 50 Women in Tech, America's Self-Made Women and the Most Powerful Women in Science and Health while labeling Faulkner the "most powerful woman in private healthcare." Her company is a 9,000-employee software giant that specializes in health care software. Its customers care for approximately 190 million patients worldwide, and having these systems facilitates collaboration and sharing and enables studies such as the one that led to the 2015 discovery of the Flint, Mich., water crisis.

Before graduating with her master’s in computer science from the University of Wisconsin-Madison, Faulkner was a mathematics major at Dickinson, and she established an endowed scholarship “to help students who otherwise couldn’t afford it get the benefits of a good college education and to help Dickinson continue its liberal-arts mission,” she says.

Last year James Doyle ’10 and Seth Tracy ’12 visited Dickinson to share with fellow computer science majors their experience at Epic. Both are software developers, and a big part of their daily to-do lists involves figuring out how to make Epic’s software talk to hundreds of disparate systems and exchange data in a meaningful way—across the country and across the world. “Dickinson makes you a really good programmer,” Tracy says. “You not only have the applicable skill to develop a computer program, but you have the theory and the underpinnings that you’re probably not going to get anywhere else.”

Doyle was equally effusive about how directly his path led from Dickinson to Verona, Wis., and he was quick to note that everything he learned about computer science as an undergrad formed the spine of a fully fleshed-out education.

“It’s one thing to figure something out in your head,” he said, “but you have to be able to communicate it to others so they can help you execute it. The liberal-arts environment gives you the background to be able to do that.” 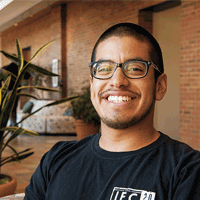 Larry Jolón ’15 is a former American studies major and Posse scholar who’s now a project manager for Epic’s implementation services. He also found a broad-based educational foundation at Dickinson, although at first he wasn’t looking for it.

“When applying to colleges five years ago, I was dead-set on majoring in marine biology, living on an ocean tanker, scuba-diving with sharks and researching phytoplankton,” says Jolón. “I was initially disappointed upon finding out that I could not dedicate my first year [at Dickinson] to marine life.” It wasn’t long, though, before Jolón’s disappointment was replaced by a full load of diverse classes that would redirect his interests and eventually his life.

“What I didn’t know at the time was that taking these other classes was the start of a journey on finding out what I was truly passionate about,” he says, “and that these new classes would equip me with tools to solve real-world problems.”

Now Jolón and his team help modify, build and implement inpatient software suites, working with physicians, nurses and other providers.

“It’s odd that an American studies major, an individual who spends a lot of his time in the social justice sphere, would even be remotely interested in working for a software company,” Jolón says. “But the main caveat [in my job search] was that the job I accepted must enable me to directly help other people, and our software literally saves patients’ lives daily across the U.S.”

Epic’s software helps patients around the world as well, and Dan Litwack ’05 (economics and political science) ensures that rollout of the company’s products goes smoothly in the Netherlands, where he’s worked for the last couple of years. It’s a role he says Dickinson prepared him well for, both in terms of education and mindset.

“Before I went to Dickinson, I don’t think I had the taste for traveling and seeing the world,” he says, noting that he lived with international students while at Dickinson and generally absorbed the global atmosphere on campus. “But now I’m more comfortable with and open to the travel that comes with my role at Epic and seeing the world and living overseas. That part of Dickinson was something I didn’t realize at the time, but it changed my perspective on things.”

Anderson’s perspective would unexpectedly come into play as well, shaping his career in a unique way.

“As one might think, there are not a lot of parallels between art history and a quality assurance job at a health care software company,” he says. “But to my surprise, my general eye for aesthetics and discerning eye for visuals actually manifests itself well in creating great-looking products here, and that eye was developed through four years of looking and thinking about art.”

So the next time five liberal-arts students walk into the room, expect them to feel at home no matter the setting, varied backgrounds and all. 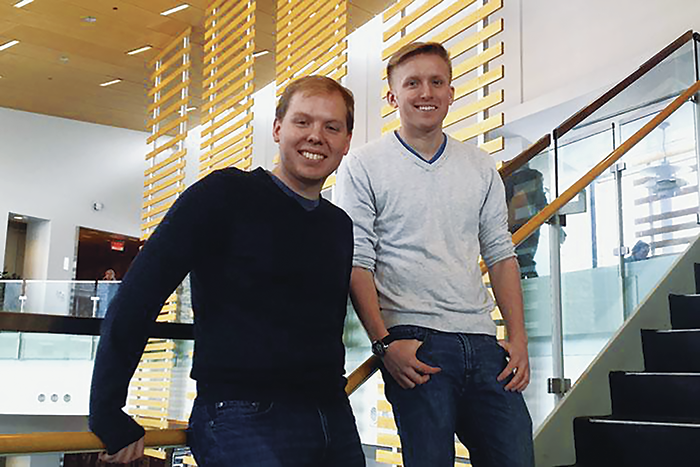