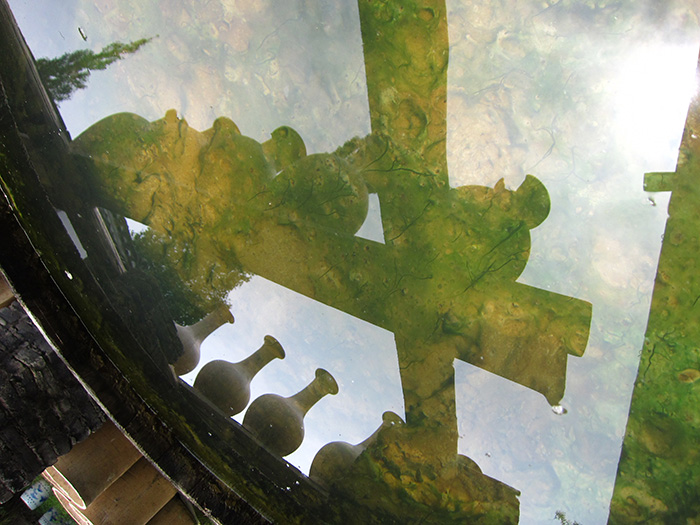 Students view sustainability in China through an artistic lens

Despite the current economic downturn, there's no doubt that China experienced a manufacturing boom during the past decade, and it arrived at a time of increasing environmental awareness. How, then, to balance environmental concerns with rapid industrialization—and to do so in a way that preserves the nation’s rich cultural heritage?

Four students recently explored this issue through an artistic lens during a monthlong trip to China. Funded by the Luce Initiative on Asian Studies and the Environment and led by ceramicist and Charles A. Dana Professor of Art Barbara Diduk, who has worked and studied in China extensively, the trip provided a close-up and multilayered view of the business, environmental science and artistic traditions of an ancient, international community.

Representing five different majors, the students read extensively about development issues in America and abroad before flying to China in early July. After a four-day tour of Beijing, Shanghai and the Great Wall, they traveled to Jingdezhen, where the investigations began. 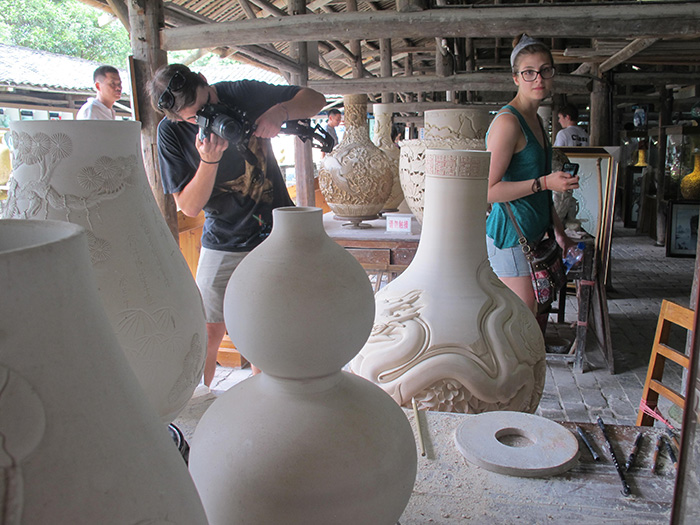 South of the Yangtze River, Jingdezhen is known as the “porcelain center of the world,” with an artistic tradition—and some still-in-use kilns—dating back more than a thousand years. 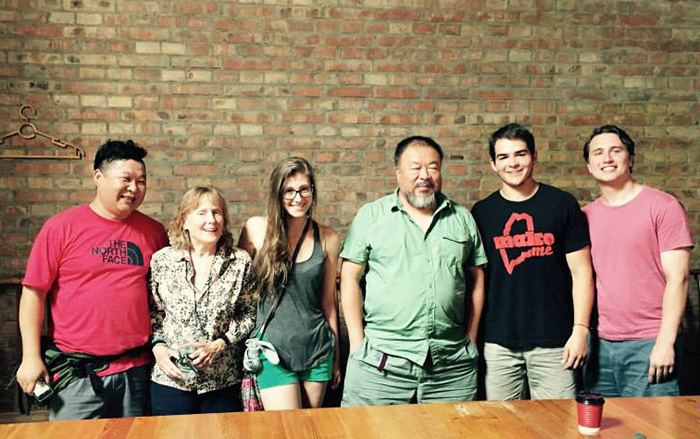 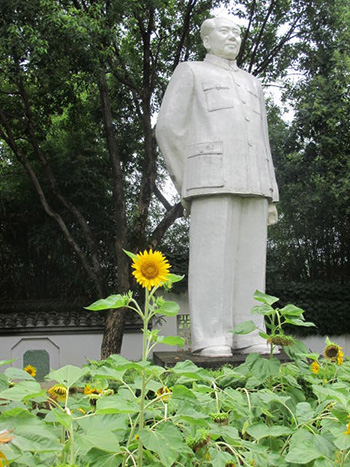 “It’s a complicated issue, because when dealing with real-life problems, you have to consider the geographic conditions and the current living conditions of millions of local people, as well as a broader, further-looking blueprint and viewpoint from the government,” said Lin. As a governmental official explained to her, she adds, even the seemingly simple act of converting the Jingdezhen’s historic coal-firing kilns to gas, for example, needs to be thoroughly researched, since the quality of the porcelain must be preserved, and the height of the chimneys influence air quality.

During their stay, Toole, Brinckerhoff, Cicak and Lin also collaborated with a cohort of Chinese students, who offered translation services and additional perspectives. Together, they created multimedia presentations of their interviews; the Dickinson students also wrote about what they had learned during their month abroad.

“There is no doubt that being on site and talking with artisans, government officials, artists and students gave us a much more holistic picture of what it means to be Chinese in a time of growth and global pressure,” said Toole, adding that censorship by the Chinese government and the sheer complexity of the topic demand a more hands-on approach. “These were experiences most Western students never get."

That is also true for Chinese natives, said Lin, an international student from Beijing who made her first trip to Jingdezhen last month.

“I learned that throughout China, including Jingdezhen, more and more historical sites and location-specific buildings are being taken down and replaced by modern buildings that look the same. Therefore, the various intellectual ideas behind those cultural heritages will be forgotten gradually,” she observed. “After seeing both the rapid construction of modern buildings and the preserved historical sites in Jingdezhen, I feel the need to learn more about, preserve and pass on the spirit of Chinese culture.”