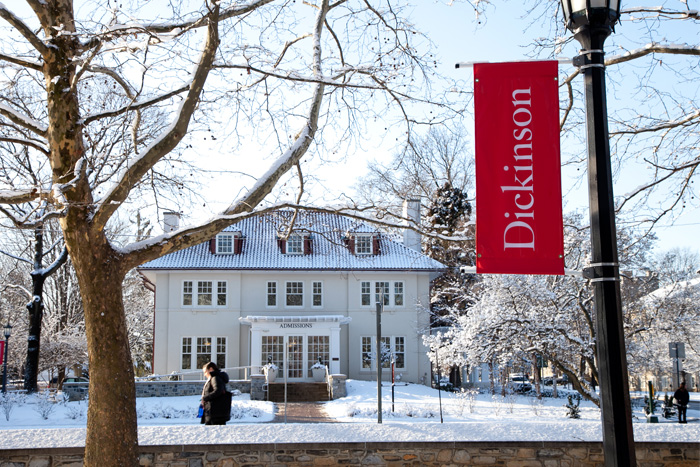 Dickinson’s incoming class of 2019 is already making an impression

With three application deadlines down and one to go, and with applications tracking 11 percent ahead of last year, Dickinson’s admissions counselors are getting to know some impressive future Dickinsonians.

Inspired by the applicants, the counselors have compiled a list of 19 notables already enrolled in the class of 2019 through Early Decision. They include:

Also among the newcomers are activists in combating human trafficking and homelessness and scholars who conducted fieldwork in an archaeology dig in Tel Aviv, studied sharks in the Bahamas and researched obsessive-compulsive disorder at Johns Hopkins University.

In August, these incoming students will join an impressive student body at Dickinson that includes: EPA-GRO scholarship recipients; the founder of Dickinson Science Magazine; the founder (at age 16) and president of Jules for Schools: Building Schools for Kids in Need; Dickinson’s all-time leading scorer in men’s basketball; the college’s first-ever first-year female athlete to earn the coveted McAndrews Award for Athletics; one of 36 people chosen to participate in Core18 Leaders Lab, a fellowship program for Jewish social entrepreneurs; and a guest of President Barack Obama during his 2014 State of the Union address.

Follow @DickinsonAdmit as they share the full list of #dson2019 notables, and note that the final deadline for applications in the Regular Decision pool is Feb. 1.