The American and Global Mosaic Projects are intensive, semester-long programs designed around fieldwork and immersion in domestic and global communities. 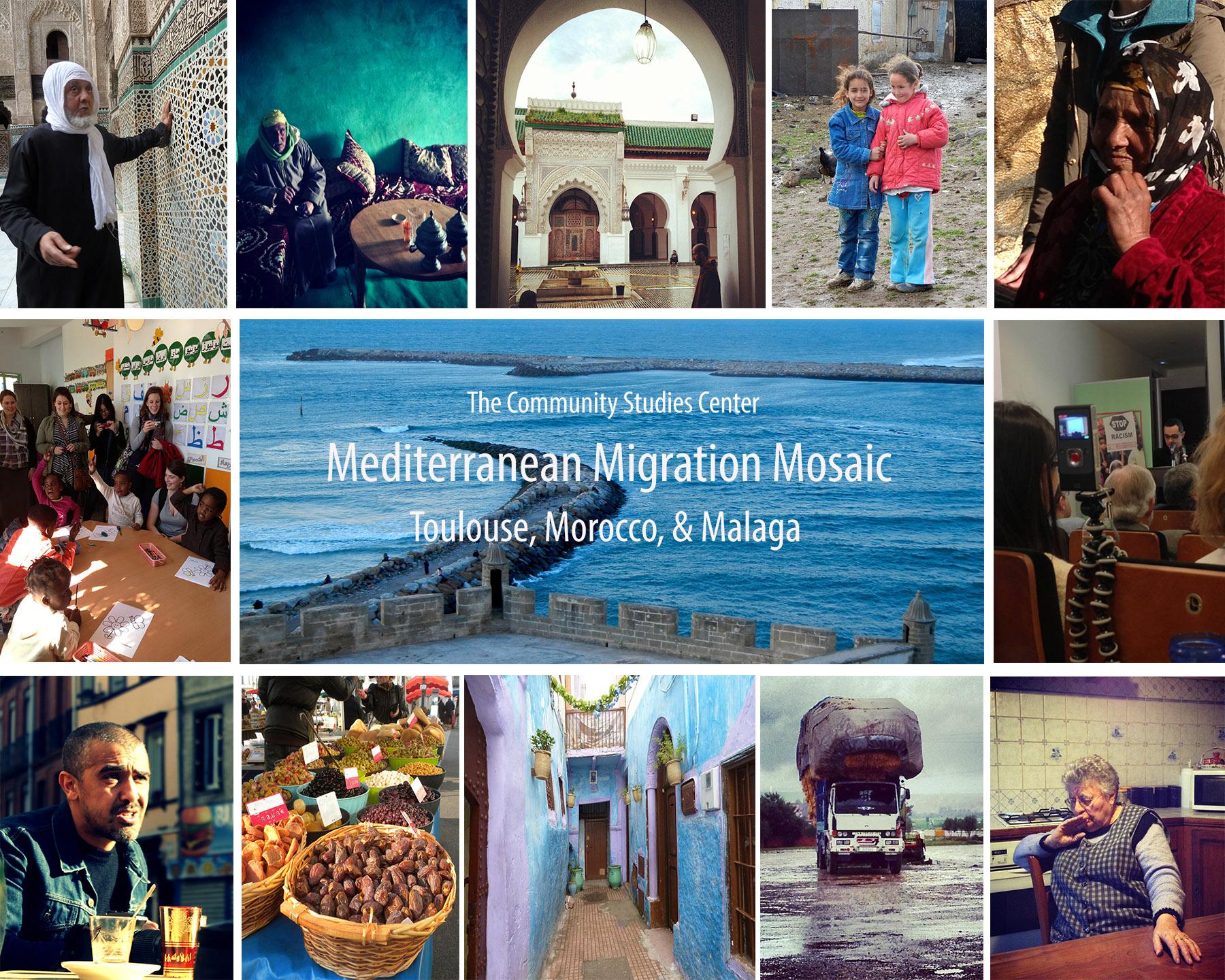 The Mediterranean Migration Mosaic (2013) (2016)
These Mosaics focused on migrations between Northern African and Southern Europe. The 1st Mediterranean Migration Mosaic engaged students in fieldwork in Morocco, France and Spain; the 2nd focused on Italy at the Crossroads,  once a country of emigration and now a country of transition and immigration. Students in both Mosaics explored the multiple and interacting identities embodied by individuals, communities, regions, and the nation-state. We examined the creation of transnational communities, ethnic and religious tensions and cooperation, philosophical orientations to diversity, and social policy. Through oral histories, ethnographic, and survey research, multi-lingual research teams explored these dynamic interactions with a focus on labor and family migrations. (Faculty represented in History, Sociology, French, Italian, and Film Studies). 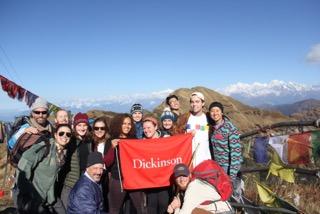 Climate Change and Human Security in Nepal (2017)
Climate change threatens human security, it can displace people with extreme weather events, and it is also a "threat multiplier" that can aggravate existing vulnerabilities. Students and instructors explored all these issues with particular focus on Nepal and how climate change is likely to be manifest in ecological, social, economic and political changes. (Faculty represented in Environmental Studies, International Business and Management and Interdisciplinary Studies plus an independent research course in Nepal).

Comparative Black Liberation Movements Mosaic (2008)
During the summer and fall semester of 2008, Dickinson students and faculty examined two of the most internationally significant Black Liberation   Movements of the 20th century: the anti-apartheid movement in South Africa from the 1950s through the 1990s, and the African-American civil rights movement of the 1950s-1980s. Mosaic participants conducted field research in South Africa and Coahoma County, Mississippi, where they studied how African and African-American people in small communities responded to and eventually defeated white supremacy in two of its most infamous manifestations: apartheid South Africa and Jim Crow Mississippi. Atandi Anyona '10 and Ryan Koons '10 created an audio file entitled "Because as long as you live, you're going to have some blues" during their mosaic experience. Professors Jeremy Ball and Amy Lynn Wlodarski wrote an article about the mosaic entitled The Black Liberation Mosaic: South Africa and Mississippi.

The Doors of Learning Shall be Open: Assessing American and South African Education since Civil Rights and the End of Apartheid (2015)
For much of the twentieth century U.S. and South African schools were rigidly segregated by race. The civil rights and anti-apartheid movements made equal access to education pillars of their respective struggles for legal equality and political and economic power. In the words of South Africa's Freedom Charter (1955): "The Doors of Learning Shall be Open." This Mosaic assessed educational integration and equity in the US and South Africa. Course work comprised the following: Race and Education, Rise and Fall of Apartheid, and Oral History Methods. Students conducted a series of interviews with educators and policy makers in Harrisburg, PA and King William's Town, South Africa. The South African research took place during a three-week August research trip from August 12-28, 2015. An article entitled Parallel Worlds written by Tony Moore provides more information about this mosaic.

The Patagonia Mosaics (2001) (2003) (2005)
The Patagonia Mosaics  examined trans-Atlantic migration, ethnic and labor relations, and community development among various ethnic groups in the oil company towns surrounding Comodoro Rivadavia, in Patagonia, Argentina. The research has produced a number of publications, presentations, and a 73 minute bilingual documentary: An Argentine Mosaic: Destino Patagonia. 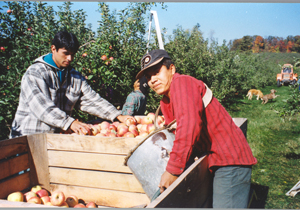 The Mexican Migration Mosaics (1998) (2003) (2011)
The Mexican Migration Mosaics focused on migrant labor in Adams County, Pennsylvania, just south of Carlisle. In 2003, students worked with communities in Adams County, Pennsylvania and Peribán in Michoacán, Mexico communities that lie on opposite ends of the continent but remain connected through family, work and circular migration. The study expanded in 2011 to include interpreting Spanish for the health professionals in health clinics and working with migrant education. 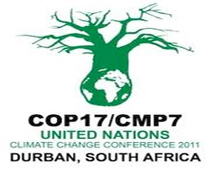 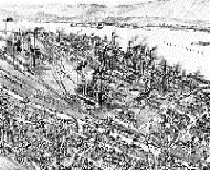 Steelton Mosaics (1996) (2001)
During the Steelton Mosaics, students and faculty members met with workers, teachers, local business people, and residents of the multi-ethnic community of Steelton, Pennsylvania to explore questions of mutual interest: how to raise a family, earn a living, and sustain faith in a community hit hard by deindustrialization. In 2001, students focused on work, family, and migration narratives among members of the African-American community.

Venezuela Mini-Mosaics (2007) (2009)
Two courses  (1/2 credit in the fall and ½ credit in the spring) integrated a winterim research trip to Venezuela. In the 2007 Mosaic, students focused on the history of Venezuela and the Bolivarian Revolution with a hands-on exposure to a variety of issues, including participatory democracy, endogenous development, and regional integration. The 2009 Mosaic focused on sustainable agriculture and cooperatives.To read more you can read the "Venezuela y la Revolución Bolivariana" in Spanish. English version coming soon. 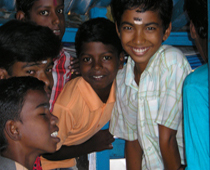 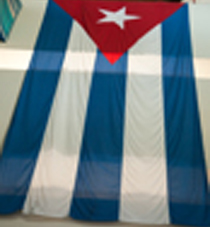 Cuban Mini-Mosaic (2012) (2016) (2018)
At the beginning of the 21st century, Cuba, a small island nation (however the biggest) in the Caribbean, with a population of 11 million, is facing major challenges as it attempts to carry on and further develop its unique brand of "Third World" socialism. The course, with an integrated 10-day research trip to Cuba, examined contemporary economic and social conditions and policies, international relations, and the ramifications of the Cuban revolution of 1959. With a focus on political, economic, environmental and social sustainability, special attention was given to urban agriculture as well as to social policy related to health, education, family, youth, gender and sexuality. 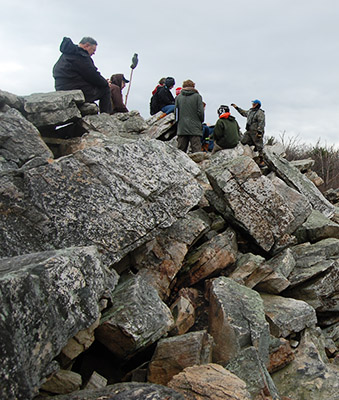 The Natural History Mosaic (2012) (2016)
This Mosaic exposed students to the wide range of ways to study the natural world. From in-class lectures and labs, through extensive field work, to careful museum visits and study, students were exposed to a multi-disciplinary and interdisciplinary set of questions and provisional answers. The Mosaic included trips to several Pennsylvania museums and to the Smithsonian Institution's National Museum of Natural History in Washington, D.C. In the field, there were an array of outings in and around Pennsylvania, such as observing the management of the state's elk herd at close range, participating in the North American saw-whet owl-banding project and trapping turtles to study populations. (Faculty represented in Earth Sciences, Biology, and English; coursework counted in Biology/Environmental Science, Earth Science, a "W" for the writing course, and an independent study/research). Please see our videos from the 2012 Mosaic: 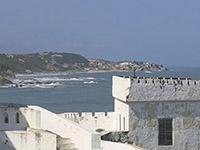 The Ghana Mosaic (2013)
The Ghana Mosaic explored the various ways in which the Atlantic Slave Trade is remembered, taught, and memorialized in Ghana, West Africa and Charleston, South Carolina. Students focused on three research themes: museums, monuments, and cultural memorialization. Students traveled to Ghana for ten days and to Charleston, South Carolina for one week. While abroad they conducted oral history interviews and visited the various sites and monuments. (Faculty represented in History and Africana Studies). Read more about the students' involvement: 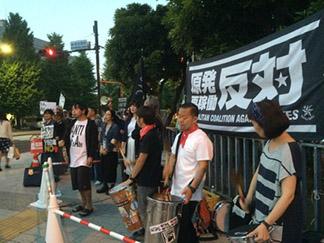 Meltdown and Waves mini Mosaic: Responding to Disasters in the U.S. and Japan (2016)
The Meltdown and Waves mini Mosaic identified post-disaster mitigation that over the long term will hopefully reduce communities' vulnerabilities to disasters. The focus was a comparison of Japanese and American societies. Introductory lectures in Carlisle introduced the students to the scientific causes of the Tohoku earthquake, resulting tsunami, and Fukushima nuclear accident, as well as Hurricane Sandy and the Three Mile Island accident. The students then traveled to the Three Mile Island, the NJ coastline, and Japan to conduct research and interview community members. (Faculty represented in Earth Sciences and East Asian Studies). To read more about the mosaic: 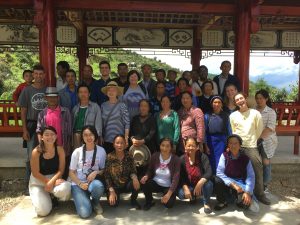 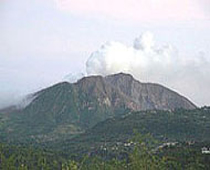