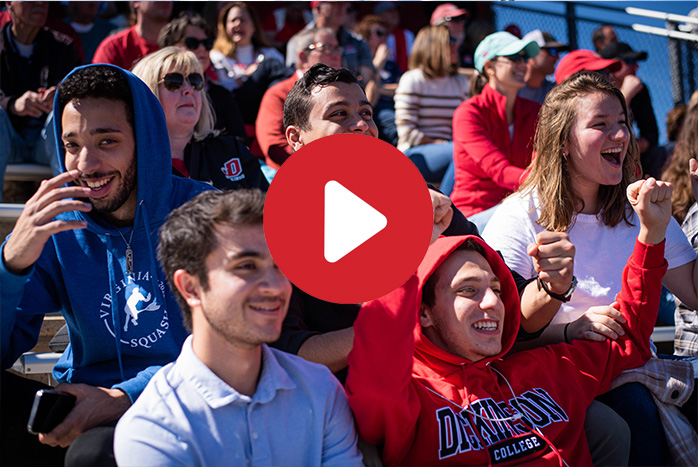 This year’s Homecoming & Family Weekend was the stuff of Dickinson history. The three-day event featured all of the annual favorites along with several once-in-a-lifetime celebrations—most notably, the inauguration of President John E. Jones III ’77, P’11.

Jones, a retired federal judge and former chair of the college’s Board of Trustees, began serving the college as interim president in summer 2021 and was officially named Dickinson’s 30th president last February. Dickinson trustees, students, faculty, staff and families turned out in person and online to celebrate this historic event, along with friends of the college and distinguished guests who included Pennsylvania lawmakers and presidents and representatives from other colleges and universities. Jones' family was also in attendance. A post-inauguration tailgate followed on Biddle Field.

“I am honored to serve as president and to work alongside our faculty, staff, students, parents and alumni to move Dickinson forward and take our beloved college to the next level,”  said Jones, who retired from the bench to accept the presidency. “This is an exciting time, and one that I know we will harness with boldness and courage as we make the crucial decisions that will map a clear path for our continued excellence as a world-class residential liberal-arts college.”

The weekend also included the installment of the college’s first Moraine Chair in Arctic Studies and a groundbreaking ceremony at the Historic President’s House.

Professor of Earth Sciences Ben Edwards was honored as the inaugural Moraine Chair of Dickinson's Arctic-studies program during a Friday-afternoon ceremony in Memorial Hall. An expert in volcano studies, glaciovolcanism and Arctic and Alpine climate change, Edwards has taken teams of Dickinson students and recent graduates to Alaska, Iceland, Greenland, the Canadian Arctic, British Columbia and elsewhere to perform original research on volcanoes, glaciers and climate change within the past nine years. During his informal remarks, he noted that he looks forward to deepening the college’s work in this vital area of study.

The groundbreaking ceremony at the Historic President’s House, also on Friday afternoon, marked the launch of a major renovation project at Dickinson, which will transform the former home into the John M. Paz ’78 Alumni & Family Center. Entirely funded through donations by alumni, faculty and staff and friends of the college, the center is designed to be a welcoming spot for campus visitors and a place where alumni, students, faculty and families—and students and families who are considering attending Dickinson—can gather, learn from each other and make meaningful connections.

"The John M. Paz '78 Alumni & Family Center is the gateway to campus," Jones said. "When you come onto High Street and see it, you'll know that this is a world-class institution."

A wide variety of events rounded out the weekend, connecting Dickinsonians and friends of the college from across the country and around the world.

Generations of Dickinsonians gathered for the Homecoming tailgate and football game and the women’s and men’s soccer games. They enjoyed a Friday-evening concert by the Faculty Jazz Ensemble; the Farm Works grand reopening celebration; the Asbell Center for Jewish Life’s bagel brunch and the Run for Steph 5K/two-mile walk in memory of Stephanie Kreiner ’03. Now in its 18th year, the annual Run for Steph benefits the McAndrews Fund for Athletics. 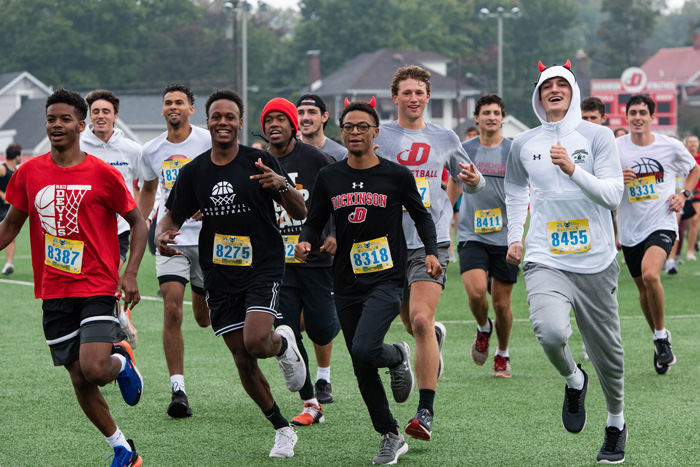 Homecoming receptions hosted by the African American Alumni Association and the Women of Color Summit connected alumni of color, and a Latinx heritage discussion and social gathering centered on strategies to connect Latinx alumni and students. Members of Dickinson's Jewish community convened during Shabbat services and shared a kosher meal at the Milton B. Asbell Center for Jewish Life. 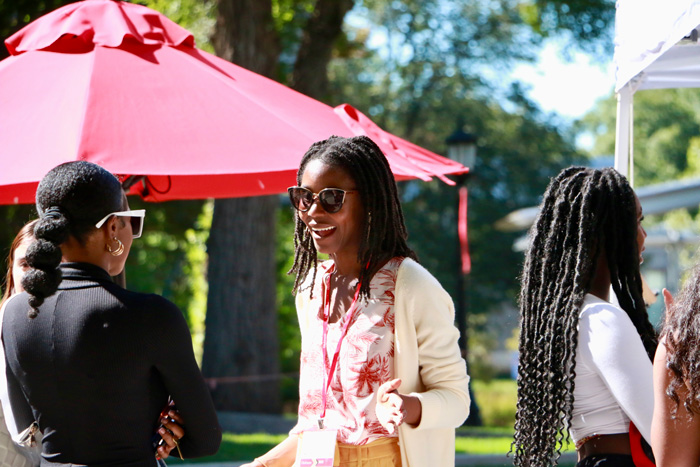 Finally, academic departments and college clubs hosted open houses and special events throughout the weekend that connected Dickinsonians with like interests and experiences and introduced Dickinson families and alumni to what’s happening at Dickinson today. This included an open house at Dickinson’s radio station and an opportunity for former student DJs to record a station ID, a memory or a testimonial about their experiences with WDCV-FM.