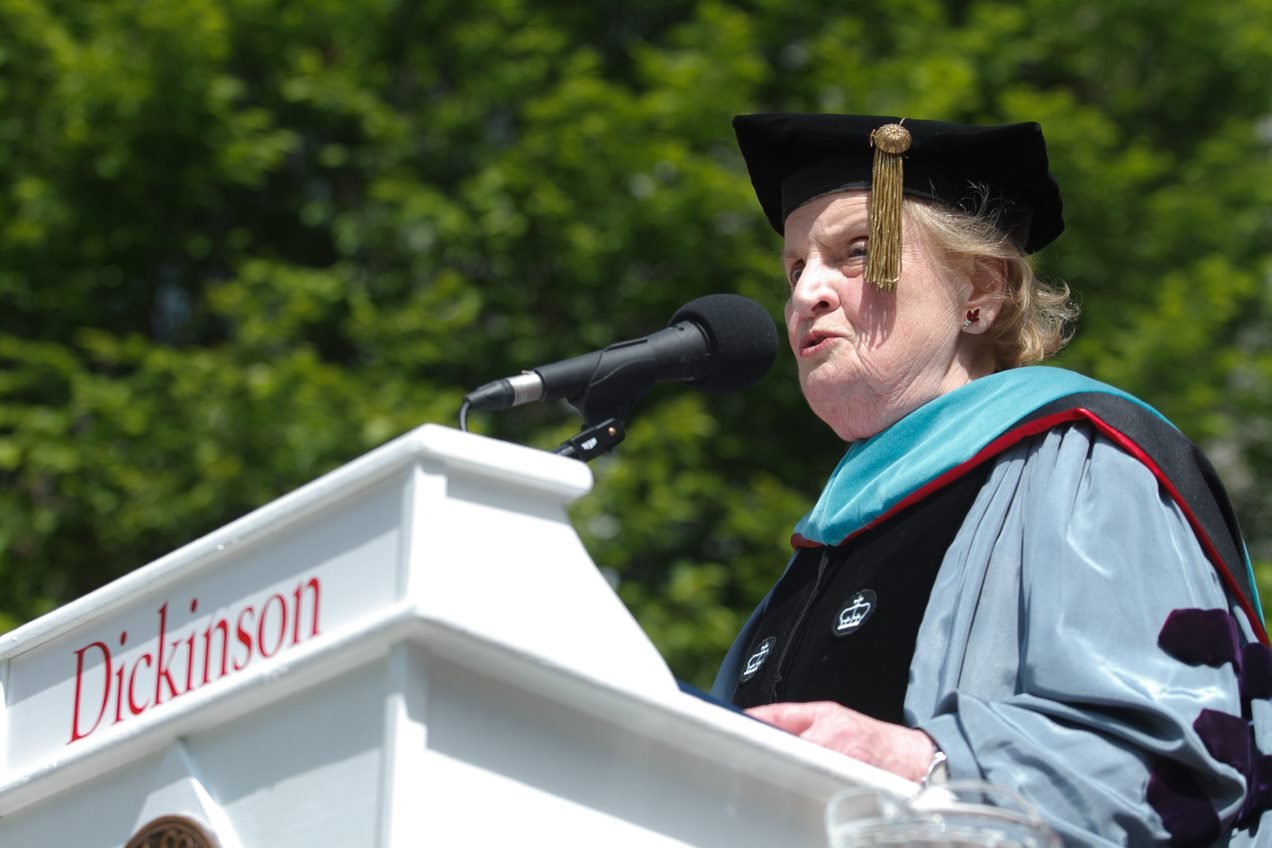 In the days since the passing of former Secretary of State Madeleine Albright, the Dickinson College community reflects on her trailblazing life and her visit to campus in 2014.

Born in Czechoslovakia in 1937, Albright immigrated to the U.S. with her family at age 10 and became an American citizen in 1957. After rising in the ranks in diplomacy and national security, she made history in 1997 when she was appointed by President Bill Clinton as the U.S.'s first woman secretary of state.

Albright served in that role until 2001. A dozen years later, she traveled to campus to deliver Dickinson’s 2014 Commencement Address.

Albright's visit included interactions with students, professors, staff and visiting alumni and a student-led interview. She shared lessons learned as an immigrant and woman who paved a path to the world stage as a widely touted “champion of democracy.” And she generously imparted lessons on national leadership, diplomacy and global affairs.

Albright died of cancer on March 23. Her influence and insights continue to reverberate globally, nationally and within the global Dickinson community, notes President John E. Jones III ’77, P’11. “In the several days I spent with her, she gave me an unparalleled tutorial on world leaders that I’ll never forget,” says Jones. “She gave me a blunt and candid assessment of Russian President Vladimir Putin that was totally consistent with his current behavior.”