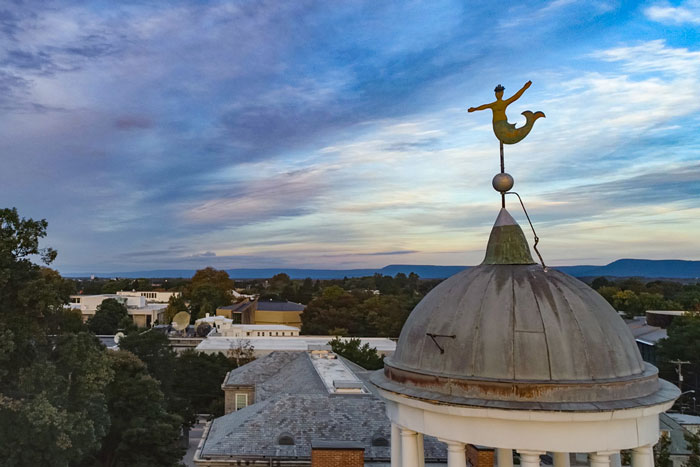 Board of Trustees recognizes impact of long-term support

This fall Dickinson officially passed a resolution acknowledging a distinguished group of Dickinson supporters—those who’ve consistently given back to the college for 50 years or more.

Recommended by Dickinson’s Committee on College Outreach and with support from interim President John E. Jones III ’77, P’11, the resolution was passed during the plenary session of the Board of Trustees' October 2021 meeting. Through the resolution, the board expressed its sincere gratitude to the 265 Dickinsonians and friends of the college who’ve demonstrated “confidence in the value of [Dickinson’s] broad-based, liberal-arts education” in this remarkable way.

The 265 honorees are among the members of the college’s Mermaid Society, recognizing Dickinsonians and friends of the college who give back for three consecutive years or more, make a recurring monthly gift to the college or make a multiyear pledge.

Their longtime support, the board stressed, has “championed excellence in the pursuit of learning, exploration and community engagement that has long identified the Dickinson experience,” and it continues to play an important role in the college’s continued success.

"Honoring these alumni, parents and friends of the college for their half-century, or more, of dedicated support was a highlight of the board’s time together in October," said Doug Pauls '80, trustee chair. "What a wonderful legacy and example for each of us to follow."