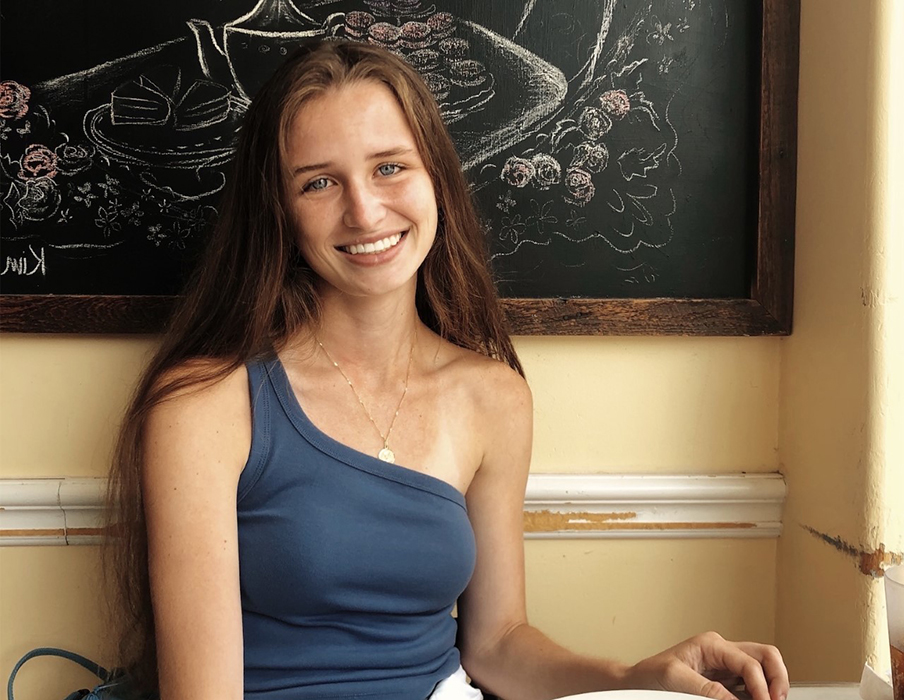 Inspired by her parents’ military careers, Morgan Yandow Harding ’24 (international studies) has long dreamed of serving her country. Now, as a member of Dickinson’s ROTC program, she is on track to become an officer who specializes in international affairs. A transfer student, Morgan discusses why she chose Dickinson, the pride she feels as a member of the Blue Mountain Battalion and the close friendships she’s forged through Dickinson’s field-hockey program.

Associate Professor of Political Science David O’Connell’s class The American Presidency. As he says, this class has definitely been the “best hour and 15 minutes” of my day. I originally took the class to see if I wanted to pursue American politics and have quickly discovered that it is definitely a possible career path for me. Throughout the class, we have learned about the president’s roles, power and challenges, allowing us to develop our own assessment of what makes a great president. In addition, we have analyzed one of the major paradoxes surrounding the presidency, in which Americans hold the president responsible for what happens in the country but also are skeptical of his centralized power. Although this class challenged me, I am so glad I took it, and I highly recommend it!

My Sister’s Keeper by Jodi Picoult.

I transferred to Dickinson this year, and I am so happy I did. I have always wanted a small liberal-arts school with small class sizes and a small campus. Dickinson not only provides these qualities but also has an exceptional department for my major, international studies, and a security-studies certificate, a program I have only seen at Dickinson.

The other main reason I chose Dickinson was because it allows me to be a true student-athlete, balancing my academics with field hockey and Army ROTC. I have always known that I wanted to play Division III field hockey, and the program here at Dickinson is amazing, from the supportive coaching staff to my fellow players and lasting friendships.

Finally, unlike many other schools, Dickinson has Army ROTC on campus, the Blue Mountain Battalion (BMB). BMB is known for its exceptional leadership program, developing cadets into future Army officers. I am very fortunate and proud to be a BMB cadet.

… a veterinarian. I even went to a veterinary camp at Tufts one summer, but I almost passed out during an autopsy on a dog. I quickly learned that any career in the medical field probably isn’t for me.

The best thing about my Dickinson experience has been playing on the field hockey team. Last year, with COVID, the team members lived together in pods and became even closer than they originally were. As a transfer, I was so nervous that, because the team was so close, I wouldn’t be able to fit in. I worried that it would be too late for me to catch up. I quickly learned that was not the case.

Now, I live with my best friends on campus, the other sophomores in field hockey, and I am able to spend almost every day playing the sport I love—being coached by an amazing coaching staff and playing with people who I know will be lifelong friends. Although we lost in the championships, I am so proud of our accomplishments and can’t wait to compete next year.

One of my favorite things to do is going antiquing with my mom. We love collecting postcards, records, pins … and the list goes on.

Even though I am only a sophomore, I am so excited and thankful to know that after graduation I will become an officer in the U.S. Army. My parents were both career military, and I have known since I was little that I wanted to continue the family tradition and serve my country. At the end of my senior year, I will be assigned a branch and then plan to serve active duty for my lifelong career.

My grandpa, who passed away a few years ago. I would listen to all his crazy stories and would ask him all of my unanswered questions about life.