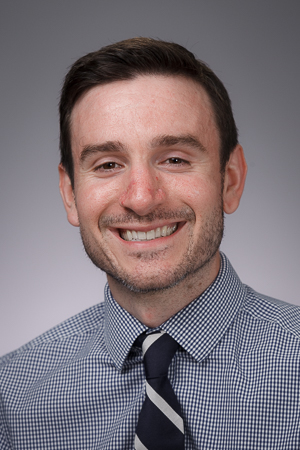 O'Connell studies American politics, with his primary interests including the presidency and the role of religion in American politics. He is the author of God Wills It: Presidents and the Political Use of Religion, and his research and writing has been published in, or is forthcoming in, Presidential Studies Quarterly, Politics and Religion, Political Science Quarterly, and White House Studies. O’Connell is the 2018 recipient of Dickinson’s Constance & Rose Ganoe Memorial Award for Inspirational Teaching.

POSC 120 American Government
A basic introductory course in American federal government which emphasizes its structure and operation. Special attention is given to the executive, legislative, and judicial processes.

POSC 290 The Politics of Am Pop Culture
Topics not normally studied in depth in the regular offerings are analyzed in these special topics courses. Recent offerings have included: Contemporary Political Ideologies, Mexican Politics, Political Thought of the Enlightenment, Politics in Fiction, Separation of Powers, The Bill of Rights, and Italian Politics. Prerequisite for 290 is dependent upon topic.