Podcast: Competition in the Performing Arts 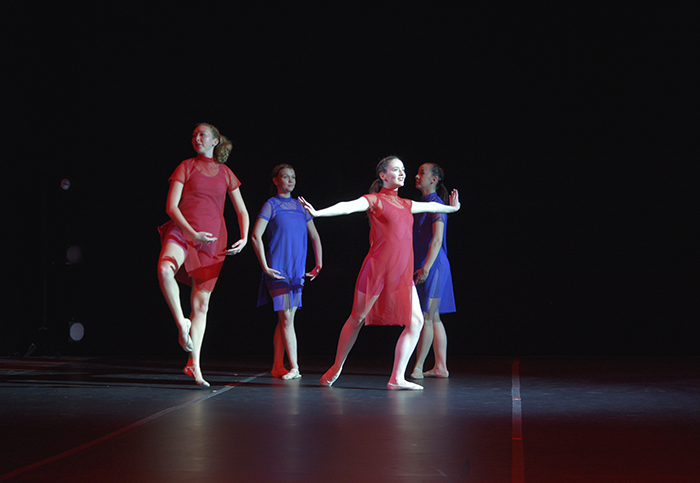 In this episode, we explore competition in the performing arts by visiting with the Dickinson theatre & dance and music programs. Plus, Associate Professor of Mathematics Jeff Forrester reveals Caesar’s connection to last episode’s puzzler and tests your logic circuits with his latest question. Email your answer to thegood@dickinson.edu by March 9, 2020, for a chance to win Dickinson swag. Plus, President Margee Ensign joins us to chat about Dickinson’s recognition for community engagement work.

Competition in the Performing Arts

We explore the concept of competition in the performing arts by talking to people involved in theatre & dance and music at Dickinson. For more information on their upcoming performances, visit the Calendar of Arts.

Puzzler: For the Logicians Among Us

“A professor of philosophy decided to give her students an interesting bonus question as part of their final exam in logic. She had two of her colleagues sit in an adjacent room, and students were told that these professors were instructed that they could either only speak the truth or only tell lies. After finishing your exam, you enter the room and are greeted by Dr. Comstock and Dr. Placeholder.  Dr. Comstock says, ‘Both of us can only speak the truth,’ while Dr. Placeholder says, ‘Dr. Comstock can only tell lies.’ When you return to your test, the bonus question asks: What can you determine about Drs. Comstock and Placeholder?"

Listen to the new question at the 1:58 mark below.

Email your answer to thegood@dickinson.edu by March 9, 2020, for a chance to win Dickinson swag.

We chat with President Ensign about Dickinson’s recognition with a Carnegie Community Engagement Classification.