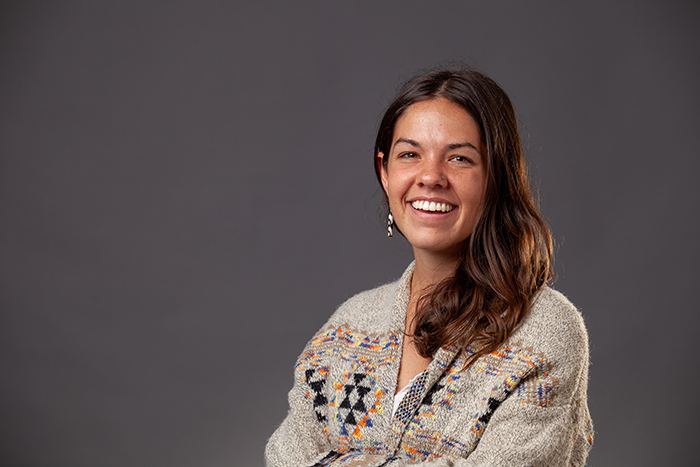 For as long as she can remember, Olivia Bailey ’18 (biology) was drawn to the concept of a truly global experience, one that immerses you in a culture worlds apart from your own. While being in a new country with a different language and vastly different customs from one's own may intimidate some, Bailey saw it as an exciting opportunity. That made the Peace Corps the perfect destination for her after graduating from Dickinson.

“From a really young age, I wanted to participate in the Peace Corps," says Bailey. "It forces you out of your comfort zone. You get dropped off in a country and live in this place where you have to figure it out, and you have to build your own identity.”

She was accepted into the Peace Corps during her senior year at Dickinson, and she received her first assignment to teach science at a school in Guinea. Although teaching was never a career she considered, she welcomed the challenge. But weeks before she was to jet off to Guinea, she was reassigned to Botswana to work in a health clinic.

After 15 months in a small Botswana village on the border of Zimbabwe, Bailey became part of the fabric of the community. “On a typical day, I get up around five, because it gets really hot here," she explains. "I make breakfast and make the 20-30-minute walk to the clinic. Every morning at the clinic, we have a prayer. ... For me, it’s one of those moments where you’re watching this happen and it’s beautiful and breathtaking, and even though we speak two different languages in my village, everyone still understands.”

Bailey is one of more than 250 Dickinsonian volunteers who have been stationed throughout the world, working in various sectors of the Peace Corps: education, agriculture, health and economic development. While she knew from a young age that she wanted to volunteer in the Peace Corps, many alumni cite Dickinson’s distinctive study abroad programs and interdisciplinary, global Mosaic courses as the driving force behind their decision to volunteer.

In addition to Botswana, Dickinsonians are currently serving in Benin, China, Liberia, Mozambique, Peru, Panama and Ukraine, using the skills and global perspective they gained at Dickinson to make an impact in the farthest reaches of the globe. “I am proud to say that so many graduates of these esteemed institutions leverage their educations to make the world a better place," says Peace Corps Director Jody Olsen. "They bring critical skills to communities around the world and gain hands-on, life-changing experience along the way.”

Dickinson has long been a leader in international education, having recently been named a Peace Corps 2019 Top Volunteer-Producing School. Additionally, Dickinson’s recent accolades include winning the 2019 Senator Paul Simon Award for Comprehensive Internationalization, becoming the first college in the country to earn the honor twice.

Bailey recently returned to Dickinson to discuss her Peace Corps experience with current students. Events like this are one of the many ways Dickinson connects students with alumni to help foster career development.