Preparing to Scale That Hill 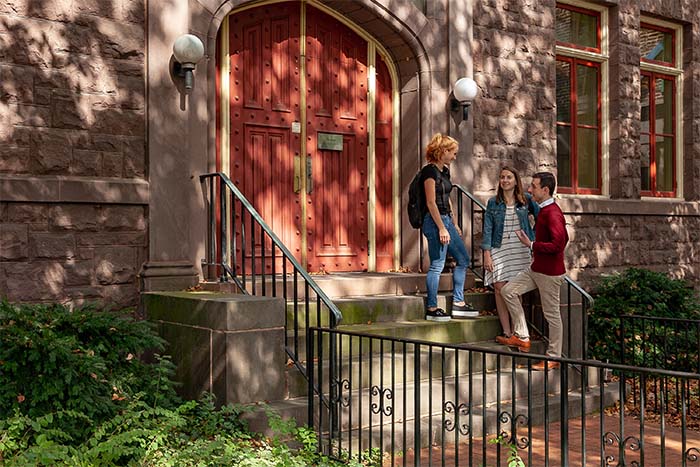 How do Dickinson political science students prepare for careers on Capitol Hill and beyond? It begins with Dickinson’s 15 full-time political science faculty members, who engage in interdisciplinary student-faculty research across a wide spectrum of specialties, offer a high degree of individualized attention in class and harbor deep connections in their field.

And while they spark dynamic conversations in class about historic and current political issues, Dickinson faculty also raise the college’s profile nationally and internationally by providing analysis in the local, national and international media. During the 2016 elections, political science faculty members contributed to dozens of news stories and were interviewed on air and in print, and they continue to be sought-after experts. News outlets that featured political  science faculty commentary in 2016 and within the past year include The Washington Post, The New York Times, CNN.com, FiveThirtyEight, Christian Science Monitor, The Philadelphia Inquirer, C-SPAN and NPR’s Morning Edition, Hidden Brain, All Things Considered and Politics podcast.

Thanks to Dickinson’s Center for Advising, Internships & Lifelong Career Development, students can also connect with D.C. alumni and learn about their career paths, during twice-annual workplace visits available to them from their  first year on campus. The support continues after graduation, through the center and through Dickinson’s large and active D.C. alumni club. Last year alone, there were 11 D.C. regional alumni club events—highlights included a gathering at the National Gallery of Art, a networking social for alumni in real estate and a lecture by Assistant Professor of Political Science David O’Connell on the 2018 midterm elections. The D.C. group was also the first Dickinson alumni club to host a women’s luncheon and a Welcome to the Neighborhood celebration.