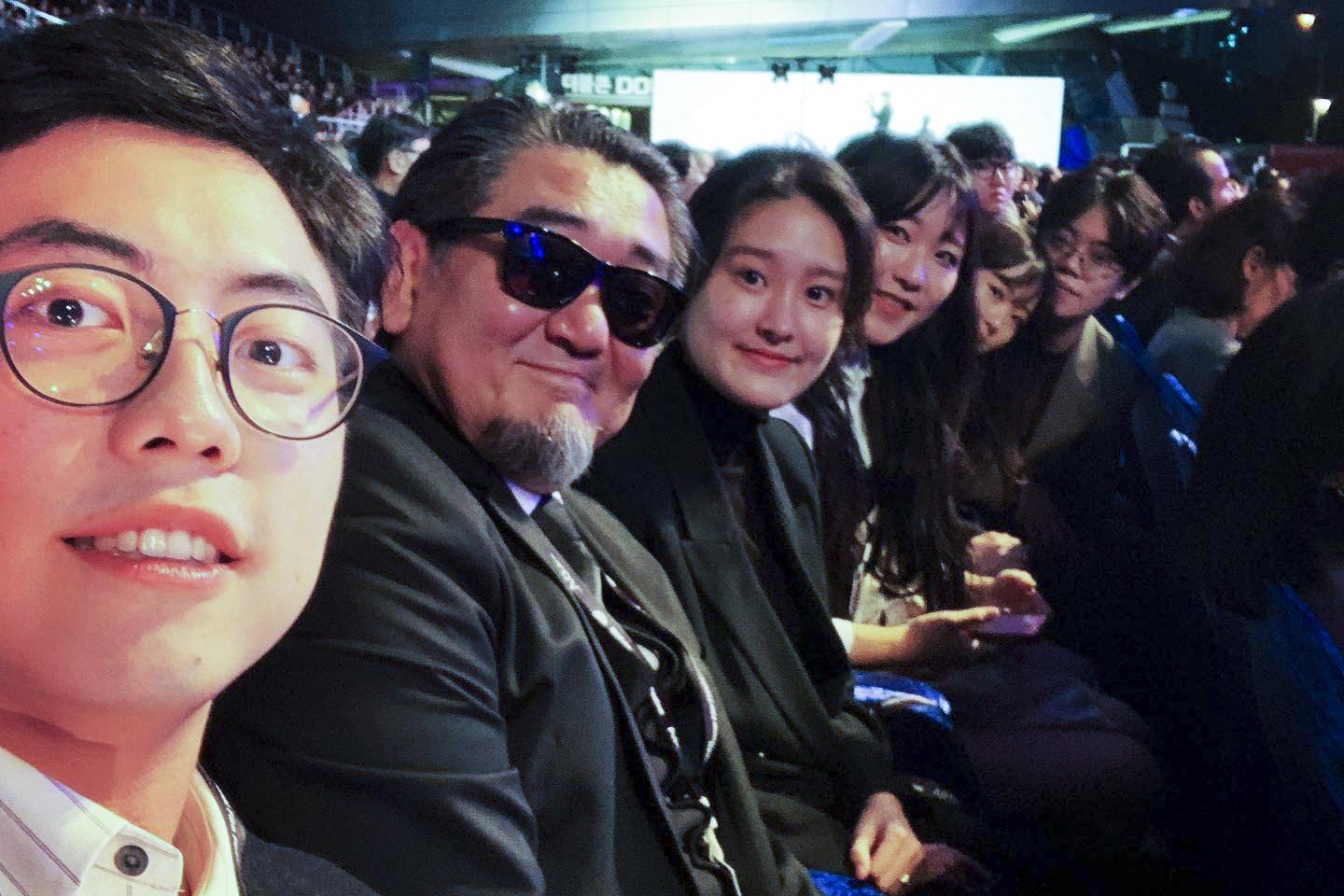 In the captivating and competitive world of music composition for film, Jong Ho Choi ’18, former music and economics major, uses his artistry to create melodies that amplify the audience experience. Most recently, he composed the theme music for Dickinson's podcast, The Good.

Besides the wonderful academic curriculum Dickinson offers to the students, I believe one of the most useful things about Dickinson’s liberal arts approach is the exposure to subjects and fields outside of a student’s main focus of study. In the real world, especially in the 21st century, knowledge is power. Proficiency in one’s main field is almost a given, and the more one knows outside of one’s expertise, the more competitive one becomes. Learning how to acquire such knowledge does not happen overnight, and it becomes more difficult as one’s profession advances. In my case, Dickinson trained me well in learning and applying acquired knowledge outside of my expertise into my profession, and I became a more sophisticated, competitive and adaptive person.

I confess that I was not the most outgoing person, and I only participated in a handful of activities (all of which I loved). College Choir was definitely my favorite, as I participated in all four of my college years. Though I am a composer, singing and singing with others gives me another kind of joy that I cannot find while composing music.

Oh, so many. Practice room chilling at the Weiss Center at 4 a.m., chatting disguised as group studying with friends in the library, the day I presented my colloquium in front of all those who I admire ... I just can’t pick one.

I became interested in film music ever since I became a fan of Joe Hisaishi, the Japanese composer who wrote most of the famous Ghibli Studio animations such as My Neighbor Totoro, Howl's Moving Castle, Spirited Away and many more. Being a composer was always a dream for me, but once I realized the opportunities in the realm of media music (music for film, animation, TV shows, etc.) I was captivated. The most exciting part of writing music for film is the moment when you put the music you wrote together with the visual and see a totally new work of art be born. The catharsis I get from my contribution as the composer amplifies the experience of the audience when watching the film transcends any explanation humanly possible.

As I am answering these questions, I am currently participating in Asian Film Academy (AFA), a film production program as a part of Busan International Film Festival (BIFF), the biggest film festival held in Asia. AFA consists of 24 film production fellows from 16 different countries in Asia and four composers who have been selected from Jecheon International Music & Film Academy (JIMFA), a film composer program of Jecheon International Music & Film Festival, a renowned music film festival in Asia. During the 13 days of the BIFF event, AFA fellows divide into two teams and produce two short films. All procedures from filming to editing to mixing take place within the 13 days, and the composers from JIMFA, myself included, are to collaborate with the AFA fellows to create music for the films created. After AFA is finished, I will be working as an intern at Cinenote, a Korean film composer team led by composer Jun Sung Kim, who has worked in the field for almost 15 years.

As many creative workers may agree, it is always about the endless battle with time. It is a battle with time in the sense that there is no guarantee as to how long it will take to finally come up with material to build the creation upon and yield a product. It is also a battle in the sense that there is always a deadline the work has to be finished by, no matter how satisfied one is with it. Also, since film composition is always a team effort with many other people involved in the production, managing human relationships and complications between people also can be quite challenging.

During my graduate program at Berklee College of Music in Valencia, Spain, I had the opportunity to record my graduation composition at the prestigious Air Studio in London with a 52-piece orchestra. To be able to record music at Air is a privilege many active composers dream about, and not only did I get to record my composition there, but I also had the honor of standing on the podium and conducting the orchestra live. The sensation I got from the music coming alive was truly inspirational.

I would love to have the chance to dine with Joe Hisaishi, the composer who basically led me into the world of film music. I would really love to pick his brain and learn about how he was able to create all the great music he composed that transcends language and cultural barriers and inspires so many people all over the world

To be honest, I am tremendously content with how occupied I am right now, regardless of the kind of work I am doing or any payment I may receive. I think I will hold onto the time machine until I get some time off to think about what I want to do with it.

Nothing. I used to have many regrets about things I said and did in the past, but recently I started to think that all that I am right now is because of every single step I took up until this point, whether it was a good one or a bad one. I fear skipping even one of those steps would lead me off to a completely different track of life, so I don’t want to change anything. For what it’s worth, I have learned to take cautions when taking a step now, so hopefully with all the steps I take from this point on I will only make good ones.