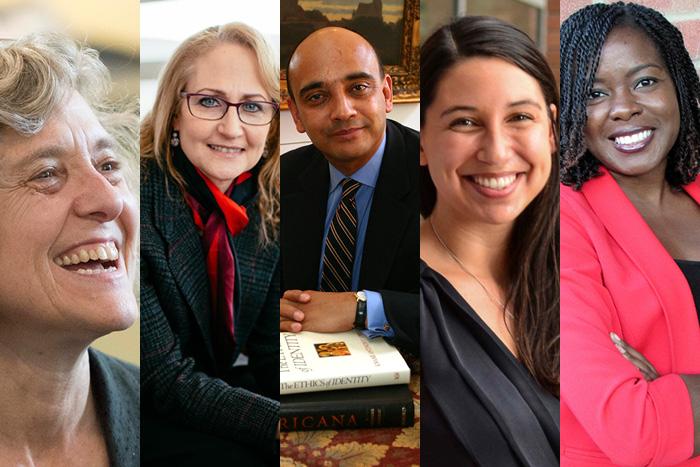 The Clarke Forum for Contemporary Issues at Dickinson College will welcome five guest speakers in September who will discuss a broad range of issues. All the lectures will take place in the Anita Tuvin Schlechter (ATS) Auditorium. The Clarke Forum is celebrating its 25th anniversary this year.

Spencer is a historian who will discuss how African Americans sought to redefine black manhood and womanhood during the 1960s, in the face of feminist social movements, radical political change and anti-colonial global upheavals. The Black Panther party’s gender politics provides an evocative case study to analyze the potential and limitations of challenging sexism and misogyny in the Black Power movement.

A renowned microbiologist and former science advisor to President Barack Obama, Handelsman will discuss how recent knowledge about microbiomes has proven that microorganisms drive processes as diverse as human disease and climate change. She will explain how research on microorganisms in isolation prove their central roles in famines, epidemics, drug discovery and crop productivity. However, there is little understanding of the basic rules governing the power of microbial communities, which is her current research focus.

Appiah, known for writing “The Ethicist” column in the New York Times Magazine, will explore the idea of identity philosophically, the psychology of identity and the challenges of managing identities humanely. He will discuss how one particular identity—social class—works in our society, and he will explore identities across the world, defending the continuing relevance of a cosmopolitanism he believes is under attack.

Thayer, a biological anthropologist, will look at how social inequalities can create health inequalities. She will describe the hormonal and molecular mechanisms through which environments can become embodied. Thayer is interested in understanding how stress exposures, particularly in early life, shape patterns of human biology and health, as well as the evolutionary basis for that sensitivity.