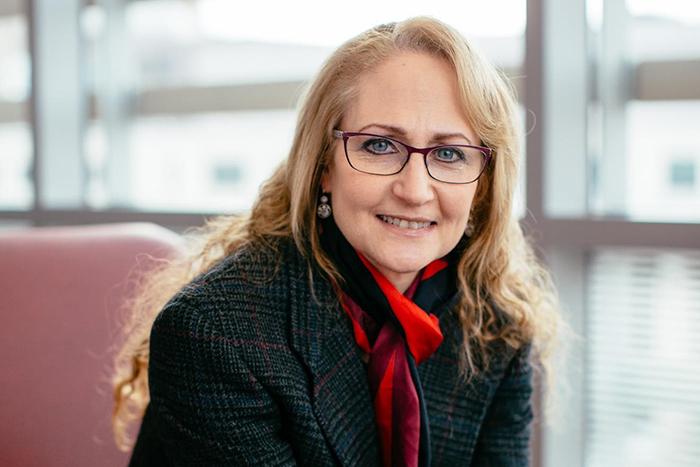 Renowned microbiologist Jo Handelsman will present the 68th Annual Joseph Priestley Award Celebration Lecture at Dickinson College, “Microbial Communities—The Original Internet of Everything,” on Wednesday, Sept. 18, at 7 p.m. in the Anita Tuvin Schlechter (ATS) Auditorium. The event is free and open to the public.

Handelsman will discuss how recent knowledge about microbiomes has proven that microorganisms drive processes as diverse as human disease and climate change. She will explain how research on microorganisms in isolation prove their central roles in famines, epidemics, drug discovery and crop productivity. However, there is little understanding of the basic rules governing the power of microbial communities, which is her current research focus.

Handelsman is the director of the Wisconsin Institute for Discovery at the University of Wisconsin-Madison, a Vilas Research Professor and Howard Hughes Medical Institute Professor. She previously served as a science advisor to President Barack Obama as the associate director for science at the White House Office of Science and Technology Policy, a three-year position she held until January 2017. Handelsman is responsible for groundbreaking studies in microbial communication and work in the field of metagenomics. She is also widely recognized for her contributions to science education and diversity in science. In addition to the six books she has co-authored, Handelsman is widely published with more than 200 research publications, numerous editorials and essays to her name.

Handelsman is the recipient of multiple awards, including the Presidential Award for Excellence in Science, Mathematics and Engineering Mentoring from President Obama in 2011, and in 2012 Nature named her one of "ten people to who mattered this year" for her research on gender bias in science.

The Joseph Priestley Award is presented by Dickinson in memory of Joseph Priestley, discoverer of oxygen, to an individual who has made significant contributions to science and the welfare of humanity. Each year, a different science department is responsible for choosing the recipient. This year, the department of biology selected Handelsman for the award. Past recipients of the award include famed astronomer Carl Sagan, former NASA scientist and climatologist James Hansen, mathematician and Fields Medalist Timothy Gowers, and numerous Nobel laureates.

The event is supported by Dickinson’s Priestley Fund, sponsored by the Clarke Forum for Contemporary Issues and co-sponsored by the departments of biology, chemistry, earth sciences, environmental studies, math & computer science, psychology, and physics & astronomy. It is part of the Clarke Forum's Leadership in an Age of Uncertainty series.