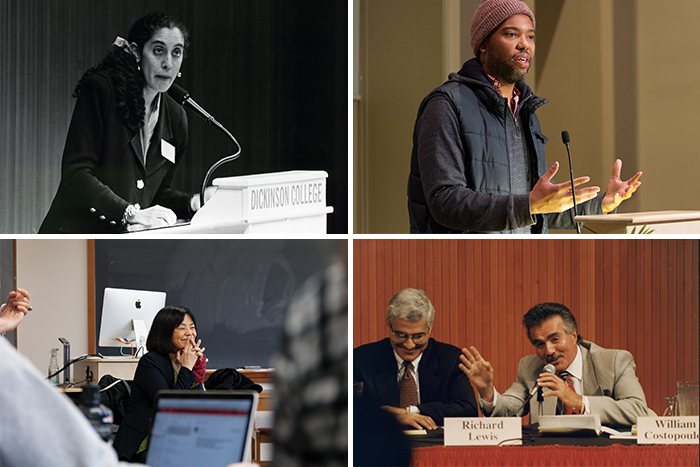 25 YEARS of Pressing, Contemporary Issues Through a Liberal-Arts Lens

It’s a Tuesday evening, and you’re sitting in ATS, listening to leading feminist scholar Kimberlé Crenshaw speak about the challenges facing black women and girls in 2015. Wednesday rolls around and you find yourself attending Pulitzer Prize-winning novelist Jennifer Egan’s talk on the writing process behind her national bestseller. The following week, Assistant Professor of English and Film Studies Greg Steirer invites you to a panel with distinguished scholars and scientists discussing developments in computergenerated imaging and virtual reality.

Thanks to the Clarke Forum for Contemporary Issues, experiences like these are not out of the ordinary. Founded in 1994, the Clarke Forum opened its doors after a generous gift from trustee Henry Clarke ’55. And although its name has changed since its inception (it used to be called the Clarke Center for the Interdisciplinary Study of Contemporary Issues), the forum brings the unique strengths of an interdisciplinary liberal-arts perspective to the critical examination of contemporary issues through thought-provoking lectures, seminars, conferences and salons.

“With programs that are free and open to the public, the Clarke Forum is a vibrant center of intellectual life at Dickinson for students, for faculty and for the broader community,” says Professor of American Studies and Women’s, Gender & Sexuality Studies Amy Farrell, who just completed her term as executive director of the forum. “Providing a venue for scholars, policymakers, journalists, artists and writers to share their work, the forum allows us to see issues from so many different angles—historical perspectives, scientific paradigms, scholarly dissections, policy debates, creative explorations and more.”

The position of executive director rotates in three-year terms among faculty. The Provost’s Office works with the Faculty Personnel Committee to review applications and decide who will be appointed. On July 1, 2019, Associate Professor of Spanish Mark Aldrich took the helm. Aldrich is the first appointee from the college’s division of arts and humanities.

Each academic year, the forum frames its presentations and events around a theme— traditionally connected with timely societal issues. (See a sampling of themes on Page 20.) In relation to the semester theme, the forum hosts a faculty seminar for professors to discuss compelling issues and generate new ideas and methods that they will carry back to their research and classrooms.

The day-to-day program implementation is in the hands of student project managers, who gain valuable skills and experience by researching, designing, planning, producing and publicizing programs and events.

“Not only have I gotten to conduct research on amazing topics like indigeneity and sustainability and global disability-rights movements, but I’ve then gotten to meet leading experts in those areas,” says Kayleigh Rhatigan ’19, a co-supervisor who served as a project manager for two years. “I’ve interacted with activists and writers like Winona LaDuke and artists like Lalo Alcaraz and Ajuan Mance, all of whom have inspired me and reminded me that there are people out there doing amazing things.”

In honor of the Clarke Forum’s 25th anniversary, we explored some of its diverse programming. And while this timeline does not contain all 904 events, it provides a glimpse into the dynamism that has defined the forum for more than two decades.

The New Science of Artificial Intelligence (fall 1995) Marvin Minsky, often considered a founder of the field of artificial intelligence, shares his research on the intersection between AI and cognitive psychology, neural networks and the theory of Turing machines. 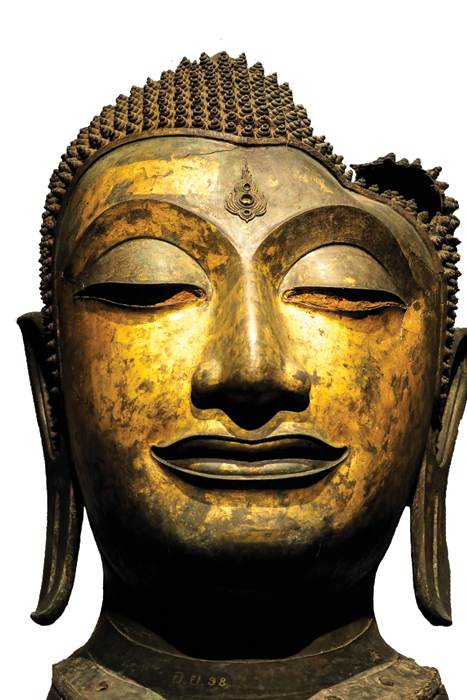 My America (…Or Honk if You Love Buddha) (fall 1998) Academy Award-nominated filmmaker Renee Tajima- Peña lectures about her documentary film, which recounts her road trip through the U.S. in search of Asian American identity and culture.

When Earth Week Meets Passover (spring 2000) Rabbi and leader of the Jewish Renewal Movement Arthur Waskow addresses the connection between Judaism and the environment, the meaning of being “environmentally kosher” and whether Jews, more than other groups, have a responsibility to protect the earth.

Love, the Modern and the “Limits” of the Medieval (fall 2002) Drawing upon French and Italian literature and Romanesque painting and sculpture, medieval scholar Gina Psaki ’80 shows how contemporary conceptions of “medieval” are not quite as distant as we might think.

The Business of Baseball (spring 2003) Dickinson alumni Adam Katz ’81, Eric Margenau ’63 and Andy MacPhail ’76 discuss the business and administrative dimensions of baseball and dedicate MacPhail Baseball Field, which is today the home of Red Devils baseball.

Religion and Politics in Turkey (fall 2004) Former secretary for the Ministry of Culture Emre Kongar discusses the democratization of Islam and contemporary cultural issues in Turkey, such as religious education and the head scarf.

The Feminism of AIDS: Biological, Social and Religious Factors (spring 2005) Judy Auerbach, vice president for public policy and program development at the American Foundation for AIDS Research, discusses the range of biological, social and religious factors that influence the high rate of HIV/AIDS in women, nationally and internationally. 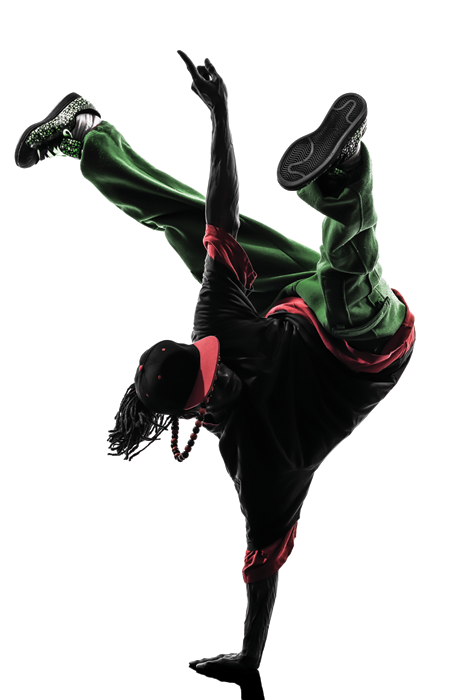 Free the Internet? (spring 2009) Chuck Cosson ’88, senior policy counsel at Microsoft, discusses how governments around the world are pressuring internetrelated companies to comply with local laws that arguably conflict with internationally recognized rights of freedom of expression and privacy.

How You Gonna Be the King of New York? (spring 2010) Mark Anthony Neal, author and professor of African and African-American studies at Duke University, explores hip-hop culture as a site for the promotion of black hypermasculininity, using artist Jay-Z as the prime example for his study.

Fracking Our Food: A New Threat to Sustainable Farming (spring 2011) World-renowned ecologist and author Sandra Steingraber surveys the relationship between petrochemicals and farming, focusing on how the extraction of natural gas from shale bedrock threatens the ecological conditions of the food system. 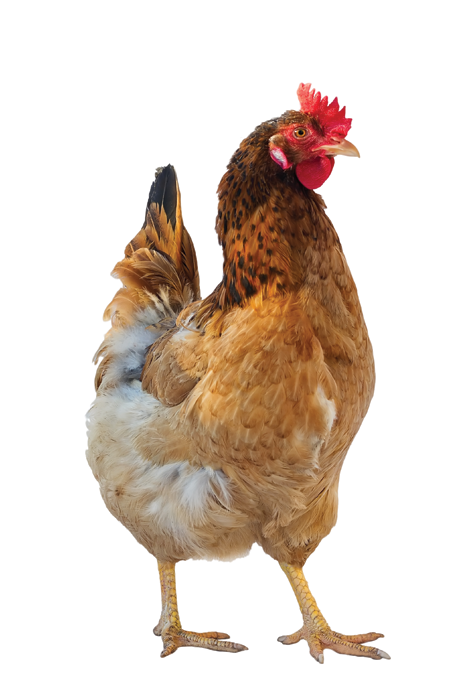 The 150th Anniversary of the Emancipation Proclamation (spring 2013) Acclaimed writer Ta-Nehisi Coates explores the Civil War and its legacy for contemporary American social and racial dynamics.

Drinking Water (spring 2014) James Salzman, professor of environmental law at Duke University, explains how something as simple as drinking water highlights some of the most pressing issues of our time—from globalization and social justice to terrorism and climate change. 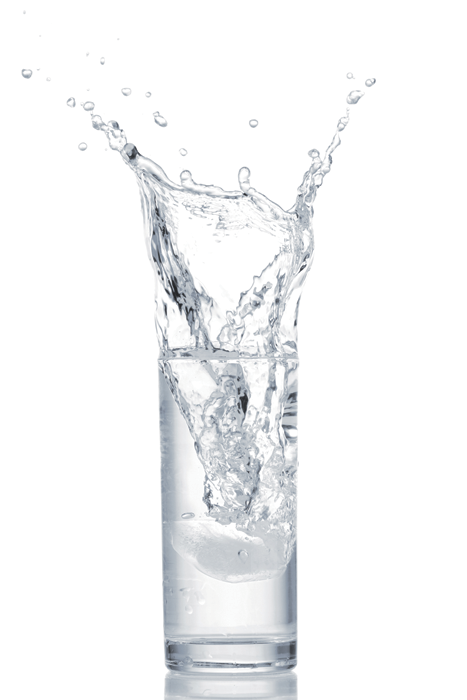 Disability Rights in Global Perspective (spring 2016) Dickinson Professor of Anthropology Karen Nakamura discusses disability-rights social movements and how they have changed the social fabric in various countries, pushing themselves into conversations about diversity and inclusion.

Using Your Genome and Big Data to Manage Your Health (fall 2017) Michael Snyder, professor at Stanford University, explains new technologies that determine DNA sequencing and how they can transform how we manage human health.

Love, Loss and the Fight for Trans Equality (spring 2019) Sarah McBride, the national press secretary for the Human Rights Campaign, discusses her memoir, Tomorrow Will Be Different, chronicling her journey as a transgender woman and her fight for equality.

Explore Clarke Forum programming from 2008 to 2019 at clarke.dickinson.edu.