Did Hollywood Save the Comic Book Industry? 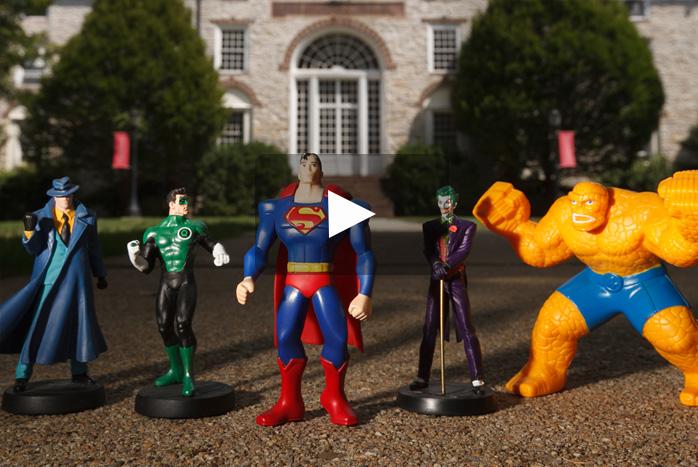 “When I was a teenager, my father and I owned a comic book store,” says Greg Steirer, assistant professor of English. “So I was always interested in comics, both as someone who liked reading them but also as a commercial proposition.”

Now Steirer has taken his interest in comics and used it as the foundation for a new book, which he's writing with Alisa Perren, associate professor of radio, TV, and film, at University of Texas Austin. The book examines Hollywood’s relationship with the American comic industry, and Steirer has been assisted in his research by Harris Risell ’16, an English major who’s found the project to be an unexpected pleasure.

“Since I don’t have as much of a personal connection to it, I can really look at these industries and these relationships and really question what they’re doing,” Risell says. “It’s a wonderful experience and something I didn’t really imagine I’d be doing.”