'This is the Time to Help' 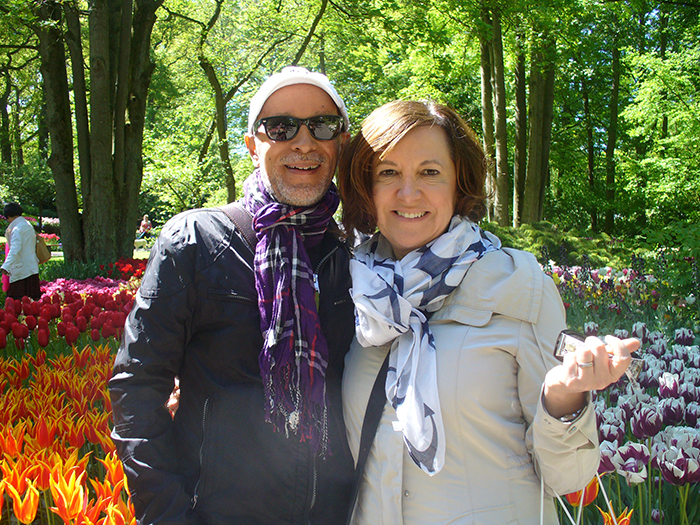 As a kid, tackling homework at the kitchen table, Elvin Rawlins ’73 heard time and again about the transformative powers of a fine education. Elvin, an only child, was named after his father and grandfather, a pioneering physician in turn-of-the-century Harlem. They believed young Elvin would draw inspiration from his namesake and chart an ambitious path. They were right.

Today, Rawlins is grateful for his successes and the education that placed them within reach. He’s committed to helping young people to achieve a potentially life-changing education at Dickinson as well, through an endowed scholarship fund.

Rawlins was raised in St. Albans, a leafy black, middle-class neighborhood in Queens, NYC, that was home to jazz greats Count Basie, Illinois Jacquet, Lena Horne and Ella Fitzgerald, and to sports legends Jackie Robinson and Roy Campanella. Rawlins and his mother, an ophthalmologist’s assistant, and father, a bus driver and valet, lived on the same block as Fitzgerald and Jacquet. Early on, he nurtured a lifelong passion for jazz and Negro League baseball, along with a healthy dose of community pride.

Rawlins excelled in academics, and he left a powerful legacy as part of the first cohort of black students to attend a large, traditionally Jewish high school in Flushing, Queens. But he craved a more intimate college environment. At Dickinson, where at the time the total student population was about 1,600—the size of his high-school graduating class—he had a chance to get to know classmates and professors well, and to make a discernible mark.

An avid learner, Rawlins was inducted into Omicron Delta Kappa and declared a double major in political science and philosophy and a minor in fine arts. With encouragement from professors George Allan (philosophy and religion) and Charles Jarvis (history), he completed several independent-study projects. The lessons continued during work-study stints at the library, where Rawlins ferreted out new snippets of information, leafing through recently returned books.

An eight-week study-abroad excursion further opened up his world, jetting him to London, Paris, Rome, West Berlin (while the wall still stood) and pre-Perestroika Moscow and Leningrad. It was an auspicious introduction to overseas travel, and it awakened a lifelong interest.

Perhaps most notably, Rawlins served as president of his class during senior year, and as Student Senate vice president. He volunteered on roughly a dozen committees, and as part of this work, drafted the model for Dickinson’s interdisciplinary-studies program, using the Harvard model as his guide.

With that busy schedule, it’s no wonder Rawlins often made a point of cutting through Old West, en route to class in Denny Hall, for a moment or two of tranquility. Gazing at the portraits of college founders and other notables, he thought about the people who’d stood in his spot and was in awe of their accomplishments and place in history.

“I was very excited to be at Dickinson, and I learned a lot,” he says. “I got to meet great and lifelong friends.”

After graduation and law school at the University of Wisconsin, Rawlins entered corporate law. Eight years later, when an opportunity to move into brokerage opened up, he went for it.

“Dickinson taught me to be curious and to think independently and creatively,” he says, “and because of my liberal-arts education, I knew I could succeed in more than one area.”

Progressively bigger jobs at national brokerage houses followed, and Rawlins retired in 2007 as associate vice president of Morgan Stanley & Co. He now lives in Toronto, and he and his wife, Josey, enjoy traveling the world.

Leading up to his fifth class reunion at Dickinson, Rawlins convinced classmates to bring the alumni cover band, Bradley, together for an encore (the band is now an Alumni Weekend highlight). He returned to campus for his 10th and 35th reunions, and he keeps up with news through Dickinson Magazine. He says he’s pleased to see more students of color on campus these days, and he supports the college’s goal continuing to build a more diverse and inclusive community.

“Education can be a great equalizer, and it’s something that cannot be taken away,” he says. “It’s also a two-way street: A scholarship that helps talented and promising students of color to achieve their share of the American dream also enriches the entire college community.”

The mission is especially critical, he adds, at a time when the value of the liberal-arts model is a matter of heated debate, and in light of rising income inequality, growing student-loan debt and a seemingly widening cultural divide. So Rawlins hopes to inspire other alumni to give back, just as fellow alumni inspired him.