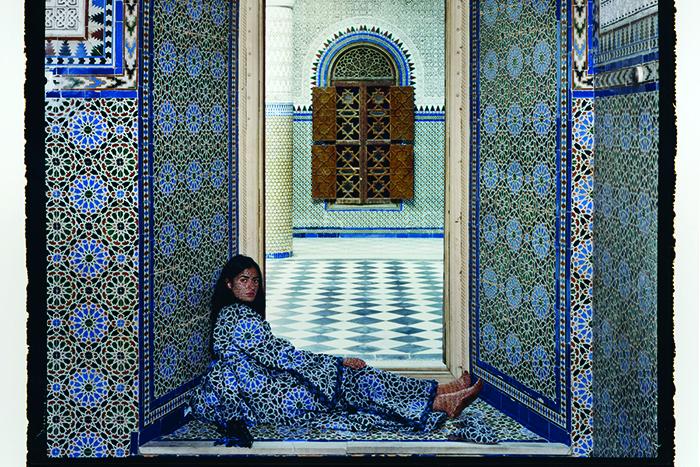 Exploring the image of women in Islamic society

Moroccan artist Lalla Essaydi, whose work explores the image of women in Islamic society, will deliver The Jane L. and Robert H. Weiner Lecture in the Arts on Thursday, March 1, at 6 p.m. in Rubendall Recital Hall, Weiss Center for the Arts. It will be preceded by a reception with the artist from 5-6 p.m.

Essaydi’s work is currently on display in The Trout Gallery at Dickinson College, also in the Weiss Center for the Arts, through May 12. This exhibition features a recent series of pictures Essaydi made in a former harem in Morocco, often swathing her subjects in robes and covering their skin in henna calligraphy that echoes the decorative surfaces that wall the complex. Essaydi was raised in Morocco, spent many years in Saudi Arabia, and was educated in Europe and the United States.

“In my art, I wish to present myself through multiple lenses—as artist, as Moroccan, as Saudi, as traditionalist, as liberal, as Muslim,” said Essaydi. “In short, I invite the viewer to resist stereotypes.”

Essaydi’s work appears courtesy of Edwynn Houk Gallery, New York, and is featured in a coordinated exhibition hosted by the Art Galleries of Lafayette College. Her lecture is sponsored by the Department of Art & Art History.