It’s Cool to Be Green 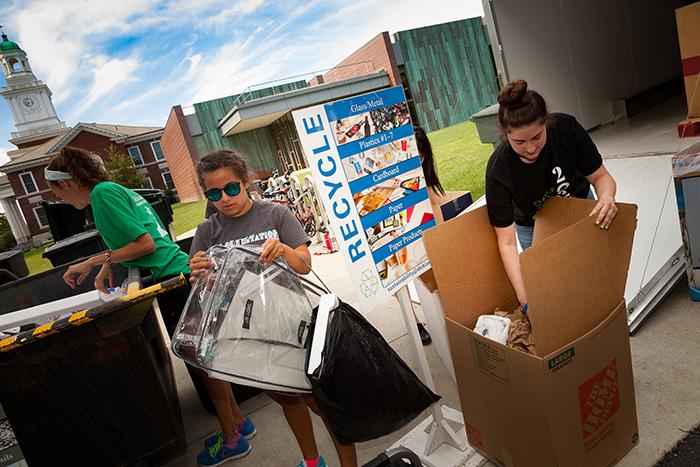 Dickinson’s sustainability efforts earn consistent national recognition. The latest example comes from Sierra magazine, the official publication of the Sierra Club, which has again named Dickinson one of its “Coolest Schools” for environmental sustainability. Sierra ranked more than 220 colleges and universities based on sustainability practices relating to academics, energy, investments, transportation, food, water and waste.

Sustainability touches every aspect of life at Dickinson, from curriculum to student life. A wealth of campus organizations and programs, including the Center for Sustainability Education, Alliance for Aquatic Resource Monitoring (ALLARM), the College Farm and the Sam Rose ’58 and Julie Walters Prize at Dickinson College for Global Environmental Activism, underscore the importance of this pillar of a Dickinson education.

This latest sustainability accolade comes on the heels of The Princeton Review again naming Dickinson to its Green Honor Roll. The 23 colleges and universities included on the prestigious list attained a score of 99—the highest possible score—in Princeton’s Green Rating tallies. Dickinson is one of only two Pennsylvania institutions to be named to the honor roll.

Additionally, Dickinson has received the STARS Gold rating from the Association for the Advancement of Sustainability in Higher Education; has earned Second Nature’s inaugural award for Institutional Excellence in Climate Leadership; and garnered top marks on the Green Report Card of the Sustainable Endowments Institute.