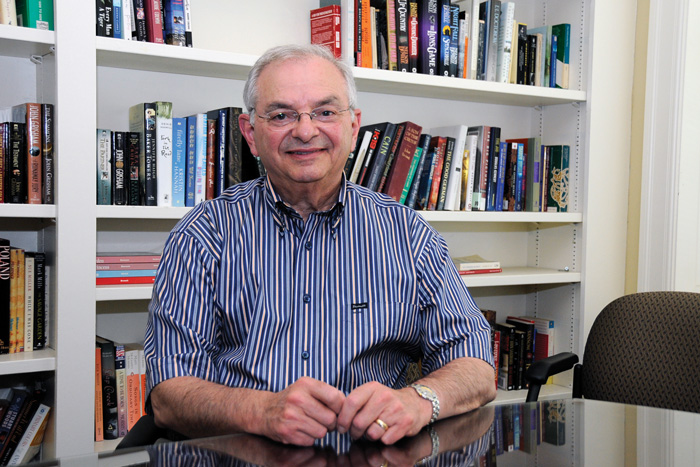 “I want to help young people find that creative spark. ... Dickinson has produced some superb novelists. Maybe my legacy can help find just one more.”

Alan Fleishman ’61 got more than he could ask for from Dickinson. Not only did it set him up for a successful career, but it also gave him the tools to reinvent himself as a novelist more than four decades after graduation.

Already a member of the Old West Society through a charitable gift annuity, Fleishman was recently looking for another way to support the college—and, more specifically, its creative writing program—through his estate plans. Fittingly, he found a creative way to do that, designating all of the estate proceeds from his novels to support programming for future writers at Dickinson.

“Dickinson taught me to think for myself, to never accept the easy or comforting answer, and to reach conclusions and solutions that may not be obvious,” explains Fleishman, who has penned three novels focused on Russian history. “I learned how to research, analyze, read and write … and my interests in Russian history were initially stimulated by Dickinson courses in sociology, political science, and history—and by the professors.”

After Dickinson, Fleishman served as an army officer in a tank battalion in Germany, where he met his wife, Ann. Then he launched his corporate career, working as a consultant and an executive with several Fortune 500 companies.

When he retired, Fleishman didn’t slow down—he just shifted gears. He wrote his first novel, Goliath’s Head, in 2010, and it quickly reached the 12th position on Amazon’s Hot New Releases list for historical fiction. Since then, he has written three more novels, as well as a collection of short stories.

As he looks back on not one but two successful careers that sprang from his Dickinson experience, Fleishman has decided to put his novels to work for the college. He’s made plans through his estate to give Dickinson all of the rights and royalties from his books after his death, and he’s designated the funds to go to the college’s creative writing program.

“It took me most of my lifetime to unlock that creative part of me needed to write a novel,” he explains. “It has been a unique gift in my life. I want to help young people find that creative spark much earlier in their lives than I did. Dickinson has produced some superb novelists. Maybe my legacy can help find just one more.”