Stories of Rescue from the Holocaust 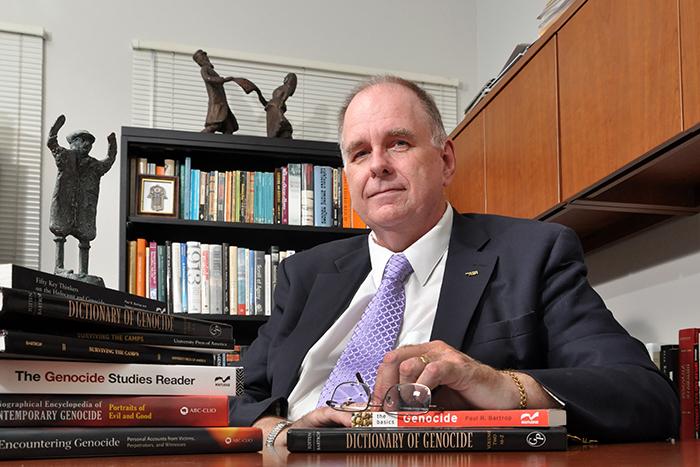 A leading scholar of the Holocaust, Paul Bartrop, will present Dickinson’s 2017 Pincus Lecture, “Rescuing the Children: Three Remarkable Jewish Women in Vichy France During the Holocaust,” on Thursday, April 20, at 7 p.m. in Althouse Hall, Room 106.

Bartrop is professor of history and director of the Center for Judaic, Holocaust and Genocide Studies at Florida Gulf Coast University in Fort Myers, Fla. His current research examines the rescue of Jews from Vichy France, a puppet state established by Nazi Germany in southern France from 1940 to 1944. He is also working on a four-volume encyclopedia of the Holocaust.

The lecture is sponsored by the Marjorie M. and Irwin Nat Pincus Fund in honor of their daughters. It is co-sponsored by The Milton B. Asbell Center for Jewish Life; the Women’s & Gender Resource Center; the Center for Sustainability Education; and the departments of Judaic studies, French, German, history and women’s, gender & sexuality studies.