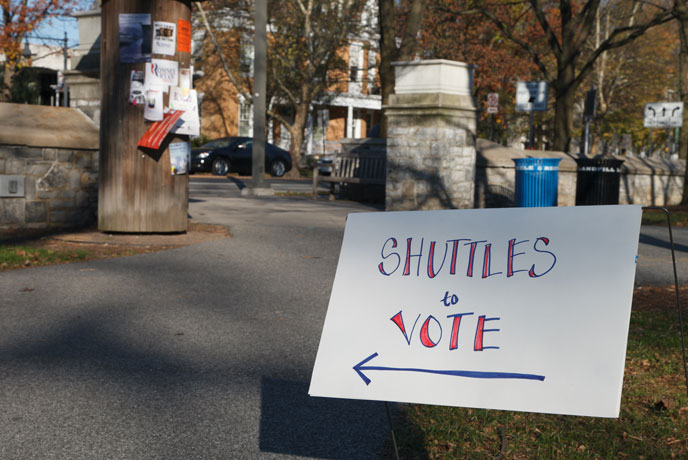 Campus gears up for election day

Election day will be a whirlwind on campus, as students rally support for their candidates, hop rides to the polls with “celebrity drivers" or via pedicabs and gather for watch parties. All the while, two professors will help voters across the region make sense of this history-making election by providing live commentary and analysis on radio and TV.

The action begins at 8 a.m. Tuesday, as the first student voters hop a shuttle from campus to a nearby polling site. The shuttles will continue to run until the polls are closed, and they will be driven by “celebrity” Dickinsonians—professors and administrators in high-profile positions. The initiative was highlighted in an Upworthy post, “5 cool ways people are making sure everyone has their voice heard on election day.” Those who prefer a zero-carbon alternative can take pedicabs to the polling site. The bike-powered Harrisburg Bike Taxi cabs will shuttle between the ATS parking lot and the polling site between 11 a.m. and 2 p.m.

While students involved with the College Democrats and College Republicans stump on campus throughout election day, others will go out into the community to contribute to our understanding of local election trends. Working under direction of Assistant Professor of Political Science Sarah Niebler, the student-researchers will conduct exit polls at 10 Cumberland County locations. “It’s great to get students off campus and talking with voters who live in the community while learning how individuals voted in the elections, how those votes relate to a variety of demographic characteristics, and how voters feel about a variety of issues raised by this election cycle,” said Niebler, who partnered with Muhlenberg College, in Pennsylvania’s Lehigh County, to get exit poll information from that area of the state as well.

On Tuesday evening, the campus community will gather for a nonpartisan watch party on election night at 7 p.m. in the Holland Union Building Social Hall, and the College Republicans and College Democrats also will host watch-party events. All the while, Niebler and Assistant Professor of Political Science David O’Connell will offer real-time analysis on two regional news outlets. O'Connell will provide commentary for ABC 27 affiliate WHTM, while Niebler goes on the air at public radio affiliate WITF. 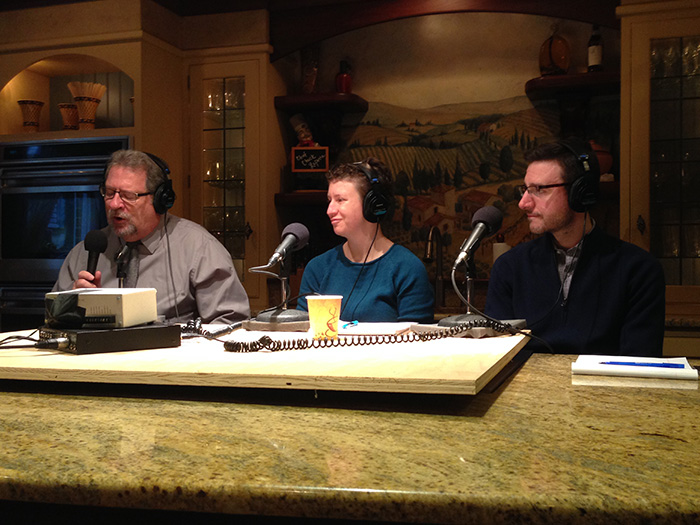 It’s a fitting cap to a busy election season for the Dickinson professors, who have provided expert analysis and context to help their students—and voters across the nation—make sense of an unpredictable and unconventional presidential election cycle. O’Connell wrote about a divided America (Associated Press), gun policies and the electorate (The Hill) and “rigged election” claims (Christian Science Monitor); he also tackled a central question for political science professors everywhere this year when he wrote an article for Chronicle of Higher Education on how to teach about Trump. Niebler wrote a May analysis of how Trump could capture a victory (The Hill) and about Bill Clinton’s role in his wife’s 2016 campaign (Roll Call). She spoke on National Public Radio (NPR) about the social science of political campaign ads and discussed Pennsylvania’s disaffected democrats for an NPR web story. Both also contributed in the days leading up to the election.

Most recently, Niebler appeared on WHTM to help voters prep for the big day,  while O’Connell will speak on WPMT tonight.

Election coverage by and about Dickinsonians includes: