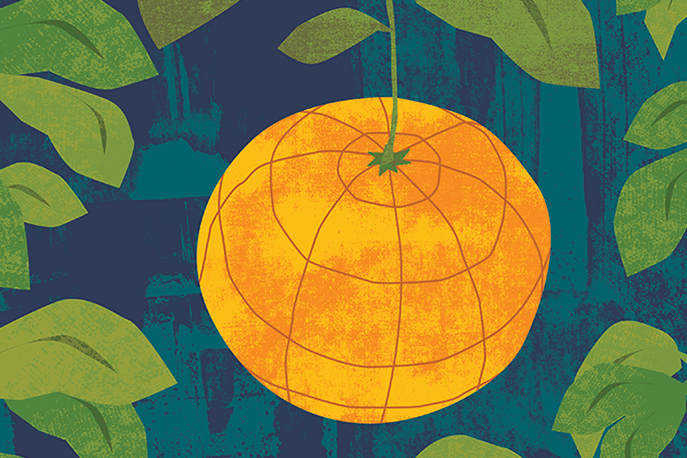 “There were just orange [trees]; there was nothing going on,” says Anat Beck, visiting assistant professor of international business & management (IB&M), of Silicon Valley 100 years ago. “So what happened there? That’s the process I’m trying to get my students to understand.” Innovation doesn’t just happen. Entrepreneurs aren’t born, they’re grown. “We talk about ecosystems. How can we achieve an entrepreneurial ecosystem? Can we design something, can we do something to develop an entrepreneurial ecosystem?”

Beck and her students wrestle with these questions every day in class, whether they’re students in her First-Year Seminar, The Next Silicon Valley, or a group of scrappy, hungry seniors in her 300-level Israel the Startup Nation.

“We’re talking about how the culture of Israel stimulates entrepreneurship,” says Nikki Dutta ’16, a student in Israel the Startup Nation and an IB&M major with a Spanish minor and pursuing a health studies certificate. “It’s a really open, small class. Every class we have multiple readings, and Professor Beck provides a prompt that stimulates discussion. It’s a process of continuous interaction and feedback.” 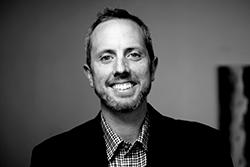 For Thom Wallace ’99, former principal and co-founder of Ecofusion, the public relations firm and media company he started in 2005 to serve environmental and social innovation clients, these small class discussions have been the key to his entrepreneurial endeavors. “The idea of small classroom settings, let’s say 10 people, where you’re bouncing ideas off of people on a regular basis, that’s what you want in a good team environment if you’re starting or running a business,” he says.

Small classes replicate what scholars of management theory and organizational behavior call “hot groups,” or mini think tanks that problem solve and collaborate. “You’re all throwing out new ideas, and you have a teacher who has experience and guides the conversation, but it’s all kind of an iterative and idea building process,” says Wallace. “ ‘Here’s what I thought, what do you think?’ That environment is great for entrepreneurs. That’s where you start to take that model from the classroom to an organization.”

For Wallace, the entrepreneurial path began in the classroom and extended to student-run organizations. “Leadership was something that was very accessible,” he recalls. “There was a lot of opportunity to grow and work on projects.” While at Dickinson, Wallace helped co-manage the Center for Sustainable Living (The Treehouse) and revived WDCV-FM into a sustainable organization. Today, he continues his entrepreneurial work in strategic communications consulting on clean energy, agriculture and media initiatives across sub-Saharan Africa.

The culture of entrepreneurship at Dickinson has a rich grassroots history, but if you mention entrepreneurship to anyone on campus today, they’ll point you to the Idea Fund. Founded in 2011, the Idea Fund is a student-run project incubator and revolving loan fund. With a mission “to empower students to identify and solve problems in our community,” the Idea Fund isn’t a club or student organization—it’s a collective that has the potential to shift culture, says co-founder and former executive director Anthony Silverman ’12. “Each one of us could do one thing during our time at Dickinson, but collectively we could share resources and share why and how. We could have a synergy and do a lot more to impact the campus during our time.”

The first iteration of the Idea Fund grew from conversations in 2011 around responsible investing and green revolving loan funds, says Silverman. Informal meetings and coffee with former President William G. Durden ’71 led to formal proposals and a $15,000 seed grant. Soon after, the Handlebar, a bike co-op developed by the Center for Sustainability Education, was funded, and the now iconic sustainable coffee cart, the Peddler, began brewing coffee at the foot of Old West.

“ Our students are outwardly focused. We hope that they feel responsible for creating a positive path in the world.”

The Idea Fund’s website boasts, “We help students build cool stuff.” But at its core, the Idea Fund is about empowering students to problem solve, to practice building ideas — trying, failing and trying again. “Everyone that is a part of the Idea Fund is self-motivated. They are open-minded and like change. They are always questioning the system,” says Eller Mallchok ’15, former Idea Fund executive director. “These are the people who energize me and make me want to act and get stuff done.”

“The students of the current generation are much more attuned to social networking than my generation or the generation between,” notes Michael Fratantuono, associate professor of international studies, business and management, of the growing interest in starting on the path to entrepreneurship early. “The revolution in information technology and the capacity for social networking, the ease of gathering information and being aware in a global sense or a deep local sense, I think that contributes to the entrepreneurial mindset.”

This same motivation to make immediate, positive change is the momentum behind the new certificate program in Social Innovation and Entrepreneurship (SINE), launched in the spring of 2015 and helmed by Associate Professor of International Business & Management Helen Takacs. The certificate is composed of six courses: a foundations course, a senior seminar and four elective courses from a vast array of academic programs, from IB&M and earth sciences to theatre & dance and environmental studies. Students also are required to complete an experiential learning project (an internship, service learning course or independent project) and assemble a portfolio of their work.

The SINE certificate was developed in large part by a group of seven students and three faculty members during an Eco-E Path Global Mosaic in spring 2014. “The certificate was created based on the recommendation that our students take us at our word when we ask them to be engaged with the world and be engaged leaders,” Takacs says. The Idea Fund and a smattering of entrepreneurship electives, taught by Beck since 2012, developed the foundation and built the demand. 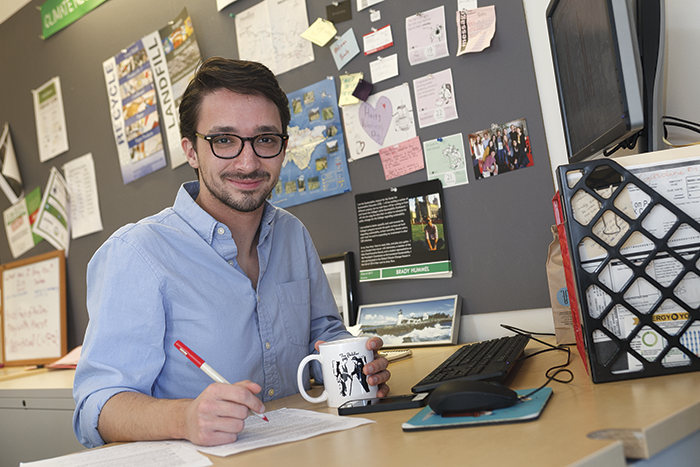 One of the campus’ newest entrepreneurial opportunities is the Innovation Competition at Dickinson or IC@D, now in its second year. IC@D challenges students to spend a semester developing a product or service from an idea to a final pitch in interdisciplinary teams. The competition is the brainchild and project of Edward Finocchiaro ’15, who came up with the idea after completing a summer internship at a money management firm that focused on long-term investment growth in innovation. “They hired analysts from almost every field but finance in order to bring together a unique team that brought investment ideas that otherwise would not be been possible,” Finocchiaro recalls.

Teams participate in three rounds of competition over the course of the spring semester, submitting their ideas, value propositions and business plans. The three teams remaining after the third round of elimination pitch their project to a panel of judges, and this year’s winners will take home a $4,000 cash prize. “While many schools have an innovation competition, this one is very Dickinsonian in that the teams have to be interdisciplinary,” Takacs says.

Six of the 18 entries in the 2016 competition have advanced to the second round, with four of the teams proposing products and two proposing mobile apps. In the second round of competition, teams will respond to the judges’ comments on their initial business plans and develop the economic logic of their innovation. The teams also are working one-on-one with alumni mentors to perfect their submissions. The final round will culminate with pitches from three teams.

Taking on the wider world

Today’s cohort of Dickinsonians, straddling the generational divide, are deeply concerned about the world around them. Idea Funders, contestants in IC@D and the inaugural group completing the SINE certificate are all self-organizers. They have an awareness of the challenges confronting their generation, and they want to contribute to the solution.

“I see things around me that are difficult and that I believe are fundamentally wrong,” says Brady Hummel ’17. “To be an effective person, I need to understand what I can have a voice in, and go and have that voice. How can I use my skill set, as an econ major, as an Idea Funder, as someone who is politically literate? How do I take what I have and have [an] impact in my community?” 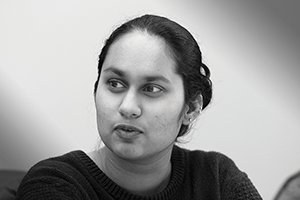 For Hummel, the entrepreneurial path has been drawn with a sense of urgency, but his is just one path, and there are infinite possibilities. “Dickinson taught me to be nimble and do many different things, to not be afraid of change,” says Mallchok. And therein lies the key: A community that fosters entrepreneurship is one that encourages innovation, critical thinking and risk taking. The spirit of entrepreneurship that surges through a Silicon Valley startup is alive at Dickinson. And Beck sees it every day. “I have students calling me every day,” she says. “[They say] ‘Hey, I have this idea. Can I come talk to you?’ ”