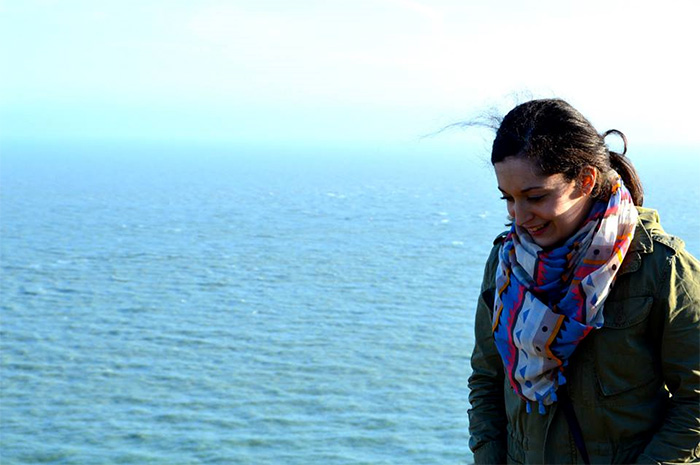 Julia Dolinger ’16 first came to Dickinson as a middle-schooler, through the Johns Hopkins Center for Talented Youth summer enrichment program. She decided to enroll after a helpful conversation with Associate Professor of English Siobhan Phillips. Learn more about Dollinger's decision to become an English major, her internships with the U.S. Army Heritage and Education Center and Phi Beta Kappa, her experience studying abroad in England, her thoughts on the Gettysburg Address and more.

To Kill a Mockingbird by Harper Lee or The Brief Wondrous Life of Oscar Wao by Junot Diaz.

Coming into college, I was already thinking about the English major. Two things decided it for me. During my senior year of high school, after I applied to Dickinson, [Associate] Professor [of English] Siobhan Phillips contacted me on behalf of the English department, because I had indicated my interest on my application. She described her current classes to me and invited me to attend one during a future visit. When my visit did not coincide with one of these classes, my regional admissions counselor called Professor Phillips right then and there in the admissions office.

In the span of an hour I had a wonderful conversation with her about the department, and I decided I wanted to pursue English. I never expected to be so welcomed into academic life as I was in that moment. Once I began at Dickinson, my English 101 and 220 courses, Contemporary American Fiction and Introduction to Literary Studies, also with Professor Phillips, pushed me to finally declare. I remember sitting in class one day, thinking, “How wonderful is it that I get to sit here for an hour and a half and discuss and decode books, and then write about them? This is for me.”

My main academic reason for choosing Dickinson was the above meeting with Professor Phillips. The professors seemed to be, and are, incredible mentors. But I was familiar with the campus from before. For three summers (2008-10) I spent time at Dickinson as part of John’s Hopkins Center For Talented Youth program, which many current students work for now. Those experiences were some of the best of my life, and I liked the prospect of making new memories in a space I already loved.

The classics library in East College.

Anything from the KOVE.

My favorite class (though it’s very hard to choose) was last semester’s War, Race & American Literature Since 1945 with [Assistant] Professor [of English] Claire Seiler. I really liked the chosen texts and the writing assignments, but what was even better was that the class fell right after I finished my summer public history internship with the U.S. Army Heritage and Education Center in Carlisle. Throughout the internship, I was able to interact with faculty and staff at the U.S. Army War College, as well as veterans from all the wars we studied in Professor Seiler’s course. I had an entirely unique perspective to take into the class and even got to bring in specific internship experiences when we wrote a “letter from a war memorial” for one of our papers.

… a computer scientist. This probably came from using computers from age 4. I was fascinated with how they were made. 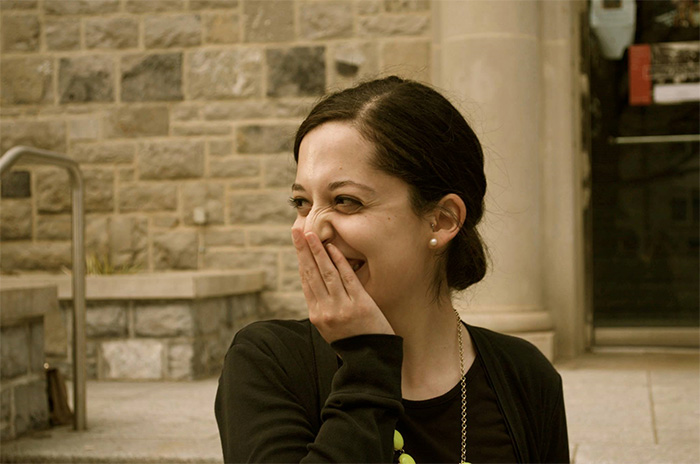 As cliché as this sounds, the best takeaway I have from Dickinson is good critical thinking. I know this is broad, but that is the beauty of the skill. Every class I take, and every issue my professors cover, I’m pushed to question the status quo, to think of other ways of “being” and “doing.” Though I don’t always come up with an answer, the act of critical consideration has become natural, which I think is an essential state of mind in the 21st century.

I studied in Norwich, England, for the 2014-15 academic year. The highlight of the experience was the community I formed with other Dickinson students and the two professors who lived in Norwich with us, Professor [of English] Susan Perabo and [Adjunct] Professor [of English] Sha’an Chilson. The Dickinson house in Norwich served as home base for us, and we were each other’s family. As invigorating as it is to travel alone, learn to cook for yourself full-time and meet students from many other countries, I am incredibly thankful for our Dickinson group and the fact that we could experience these things together. Although all of us don’t see each other as regularly back on campus, we’ll always be a solid group because of the crazy amount we’ve seen and done in the U.K. and beyond.

… Abraham Lincoln. One of my most profound memories as a little kid was staring up at the Lincoln Memorial and feeling small and humble while my parents read out parts of the Gettysburg Address. During my internship for the U.S. Army Heritage and Education Center this past summer, I went to Gettysburg and stood at the site of the Gettysburg Address in Soldiers’ National Cemetery. These two experiences are some of the most profound I can remember. It would be even more humbling to face President Lincoln in person.

Last summer I interned with the local U.S. Army Heritage and Education Center. The internship appealed to me based off of my work in the Writing Center with the U.S Army War College and the International Fellows, but it was also in fields I wanted more experience with—history and public relations. As a public-history intern, I served as a liaison between the center and the local/national community. I worked on the Veterans Ambassador Program, focused on gathering oral histories of veterans of foreign wars; the Teacher Development Program, writing and compiling lesson plans using the center’s archives and primary sources for classrooms nationwide; and helping with events such as the lecture series Perspectives in Military History. I aided in the press for researchers and authors such as Jim DeFelice, the author of American Sniper, and Kimberly Dozier, the 2014 General Omar N. Bradley Chair in Strategic Leadership, who held residencies at Dickinson, the War College and Penn State’s Dickinson School of Law and School of International Affairs.

I was also a writing intern for the Phi Beta Kappa Society, specifically their publication The Key Reporter. The internship appealed to me because I am seeking more journalism experience, and I also appreciate that it got me writing often and in a different style from my academic work. Over the semester, I pitched and wrote articles, in news or features style, related to national and local Phi Beta Kappa events, members, officers and topics supporting the advancement of liberal arts and sciences in higher education. My first article tracked Phi Beta Kappa alumni associations and how they approach networking; it was interesting to find how much social media factored into the success or difficulty with networking projects! My most recent article covered academic institutions with unique degree opportunities, including Dickinson and its new food studies certificate.

What I learned from my internships:

Both of the above internships taught me to be flexible outside of my major and field. At the U.S. Army Heritage and Education Center, I worked with historians and learned their strategies for sifting through information and disseminating it to the community and, in turn, offered my writing abilities to a new audience. For the Phi Beta Kappa Society I learn to tailor my writing to a general readership, which requires an accessible style and content in order to reach Phi Beta Kappa members of all academic backgrounds. These are skills I will definitely use in a future job, and flexibility gives me the confidence to seek opportunities that are not quintessentially “English major.”

In a perfect world…

… I would be bi- or tri-lingual. Both of my parents speak multiple languages, and I wish I had inherited this talent. Language proficiency is nearly essential in today’s world.