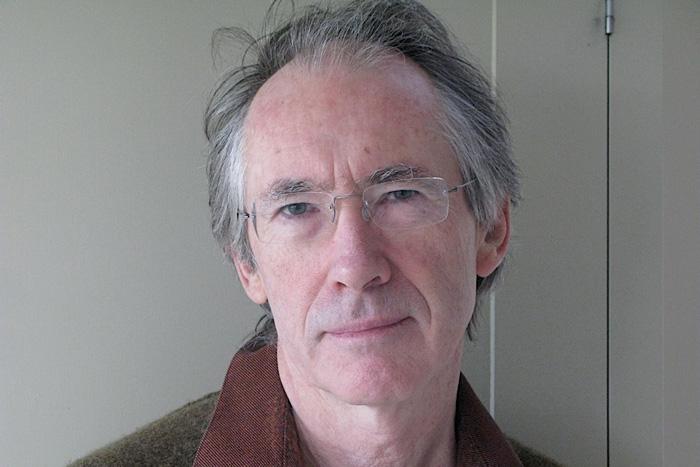 McEwan will receive a doctor of letters honorary degree. He has been shortlisted for the Man Booker Prize for Fiction numerous times, winning the award for Amsterdam in 1998. His novel Atonement received the 2002 WH Smith Literary Award, the 2003 National Book Critics’ Circle Fiction Award and Los Angeles Times Prize for Fiction, and the 2004 Santiago Prize for the European Novel. Atonement also became a critically acclaimed movie that earned the 2008 Golden Globe for Best Picture and seven Oscar nominations, including one for Best Picture.

In 2006, McEwan won the James Tait Black Memorial Prize for his novel Saturday, and his novel On Chesil Beach was named Galaxy Book of the Year at the 2008 British Book Awards. He has been named the Reader’s Digest Author of the Year for 2008, the 2010 Peggy V. Helmerich Distinguished Author, and in 2011, was awarded the Jerusalem Prize. His most recent novel is The Children Act.

McEwan first visited Dickinson in 2005 through the Harold and Ethel L. Stellfox Visiting Scholars and Writers Program, which brings major literary figures to campus for an inter-arts residency that includes readings, discussions, performances, a public lecture and an award ceremony. 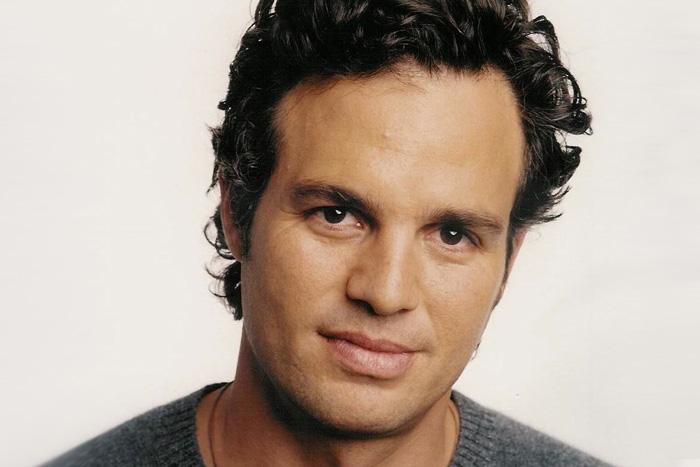 President Nancy A. Roseman will present Ruffalo with The Sam Rose ’58 and Julie Walters Prize at Dickinson College for Global Environmental Activism, which was created to focus attention on the need to reduce the impact of human lives on the planet. The $100,000 Rose-Walters Prize includes a campus residency and public lecture. Previous recipients are environmental activist and author Bill McKibben; Apple’s vice president of environmental initiatives Lisa Jackson, who also served as Environmental Protection Agency administrator under President Barack Obama; and author and award-winning nature photographer James Balog.

Ruffalo is a strong advocate for addressing climate change and increasing renewable energy. In 2011, he co-founded Water Defense to raise awareness about the impact of energy extraction on water and the public health. He also co-founded The Solutions Project, which launched in 2012 as part of his mission to share science, business and culture that demonstrates the feasibility of renewable energy. Recently, Ruffalo teamed up with race car driver and environmental activist Leilani Munter in partnership with The Solutions Project to promote their initiative, “50 Plans for 50 States.” The plan is a roadmap to take the U.S. to 100 percent clean energy and hopes for a transition from traditional fuel-burning energies to alternative energies such as wind, water and solar in each state.

A regular contributor to The Guardian and The Huffington Post, Ruffalo has received the Global Green Millennium Award for Environmental Leadership and the Meera Gandhi Giving Back Foundation Award. In 2011, he was named one of Time magazine’s “People Who Mattered” and in 2013 he received The Big Fish Award from Riverkeeper—New York’s clean-water advocate. He also is the recent recipient of the BAFTA Los Angeles Britannia Humanitarian Award for his environmental work.

Ruffalo is an Academy Award-nominated actor whose credits include You Can Count on Me, The Avengers, Zodiac and Eternal Sunshine of the Spotless Mind, as well as the Emmy, Golden Globe and Screen Actors Guild Award-winning HBO film The Normal Heart. His roles in the Academy Award-nominated films The Kids Are All Right and Foxcatcher earned Ruffalo Oscar nominations for Best Supporting Actor. Upcoming releases include Infinitely Polar Bear and The Avengers: The Age of Ultron, in which he reprises his role as Bruce Banner (The Hulk). He also is currently filming a sequel to Now You See Me, which was co-written by Dickinson alumnus Edward Ricourt ’95. 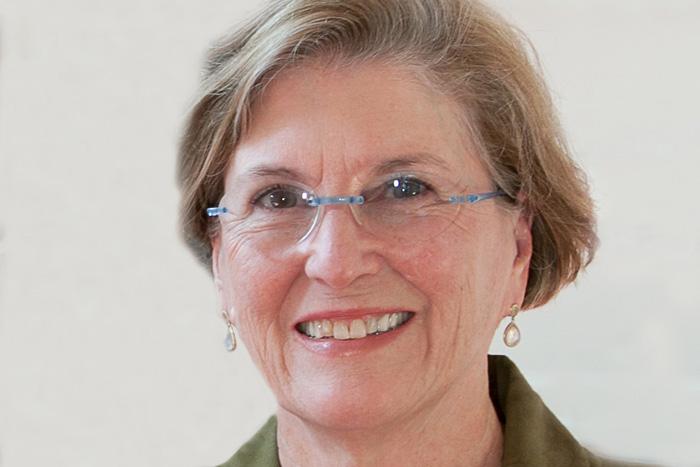 Curley has been a devoted Dickinsonian since her arrival on campus in 1959. During her undergraduate years as an English major, she showed a flair for a wide range of artistic and intellectual endeavors and her academic achievements earned her several distinctions, including entry into Wheel and Chain Senior Women’s Honorary Society and Phi Beta Kappa.

For more than five decades, she has remained dedicated to Dickinson’s mission, earning the Distinguished Alumni Award for Service in 2005. Her contributions to the college include serving as a member of the alumni council, 1983-89, with a three-year role as president; co-chairing of the major donor committee of Dickinson’s capital campaign in 1985; representing the alumni body on the editorial advisory board for Dickinson Magazine; introducing prospective students to Dickinson as an admissions volunteer; and working for many years on class-reunion committees. In addition, Curley served as a member of the board of advisors from 1995 to 2001 and holds a lifetime membership in the Mary Dickinson Club.

For more than 30 years, Curley has been a volunteer reader for The Metropolitan Washington Ear, which provides services for those who cannot effectively read print. She also currently serves as the organization’s board secretary. Her journalistic career included serving as an editor with The Trentonian (N.J.) and The Mercer Messenger (N.J.), and as a feature writer for the Associated Press in New Jersey. She also was a writer and editor for AARP publications and for the American Vocational Association. Curley will receive a doctor of liberal arts honorary degree. 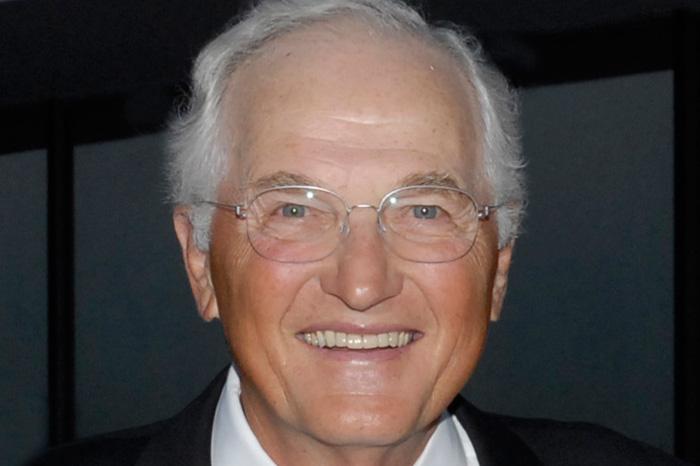 Stafford was chairman of the board and chief executive officer of Wyeth. He joined Wyeth—formerly American Home Products Corporation—in 1970 as general counsel and held positions of increasing responsibility at the company, serving as executive vice president, president and CEO. He served as chairman from 1986-2001. During Stafford's 31-year tenure at the company, Wyeth grew to become one of the largest pharmaceutical companies in the world, with significant pharmaceutical and consumer health care businesses. It generated $14.1 billion in net revenue in 2001 and had approximately 52,000 employees worldwide.

Stafford also served as a director at Honeywell International Inc., J.P. Morgan Chase & Co., NYNEX, Verizon, AlliedSignal and Metropolitan Life Insurance Company as well as on the advisory board for the Christopher Reeves Paralysis Foundation.

While a student at Dickinson, Stafford was involved with many campus organizations and college athletics, including lacrosse, basketball and football. Stafford also met his wife of 52 years at Dickinson, the late Inge Paul Stafford ’58, who became a longtime member of Dickinson’s board of trustees.

The Staffords established a solid legacy of giving back to the college and remained engaged with both the student and faculty experience. They made many generous gifts to the college throughout the years, including funds to establish the Stafford Reading Room in the Waidner-Spahr Library; the Stafford Auditorium in the college’s cutting-edge Rector Science Complex; the Stafford Teaching Laboratory in Dana Hall; and, most recently, the Dr. Inge P. Stafford Greenhouse for Teaching and Research, which was dedicated in fall 2013. They also established the Inge Paul and John R. Stafford Scholarship in Bioinformatics, a Stafford Scholars Research Fund and the Inge Paul Stafford Scholarship in Psychology and Neuroscience, as well as the John R. Stafford ’59 and Inge Paul Stafford ’58 Endowed Chair in Bioinformatics. Stafford's family will be presented with his posthumous doctor of philanthropy honorary degree. 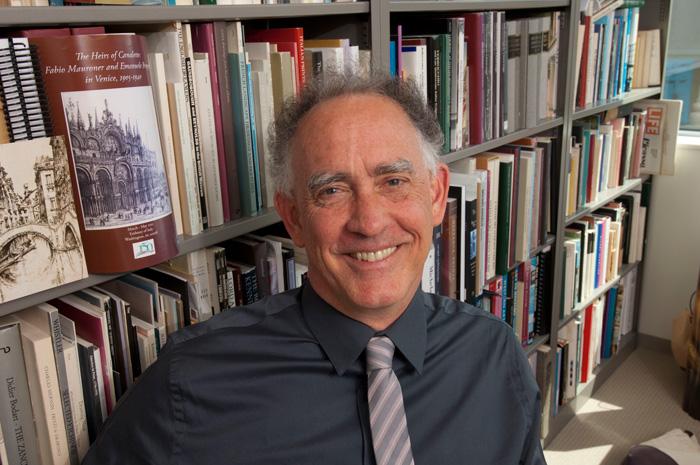 Wallace, the inaugural Barbara Murphy Bryant Distinguished Professor of Art History at Washington University in St. Louis—where he has taught since 1983—is an internationally recognized authority on the Renaissance artist, architect and poet Michelangelo Buonarroti. He has published extensively on Renaissance art. In addition to more than 90 articles and essays, he has authored or edited seven books on Michelangelo, including a major biography of the artist, Michelangelo: The Artist, the Man and his Times, and the award-winning Michelangelo: The Complete Sculpture, Painting, Architecture, which received the 1999 Umhoefer Prize for Achievement in the Humanities. His forthcoming book is titled God’s Architect: Michelangelo’s Late Life and Art.

Wallace has received numerous awards and fellowships, including stays at the Villa I Tatti—Harvard University’s Center for Italian Renaissance Studies in Florence—and the American Academy in Rome. In 1990, he was invited to the Vatican to confer about the conservation of Michelangelo's frescos in the Sistine Chapel. He appeared in the BBC film, The Private Life of a Masterpiece: Michelangelo's David, and served as the principal consultant for the BBC film, The Divine Michelangelo. He also has taped a 36-hour audio-visual course, “The Genius of Michelangelo,” for The Teaching Company. Wallace will receive a doctor of fine arts honorary degree.