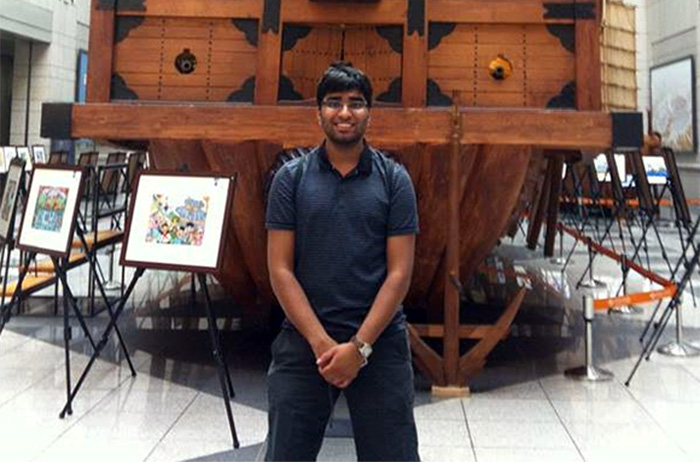 Sahill Nayyar'16 poses during a poster session at the Pennsylvania Capitol, where he presented original research. Photo courtesy of Nayyar. 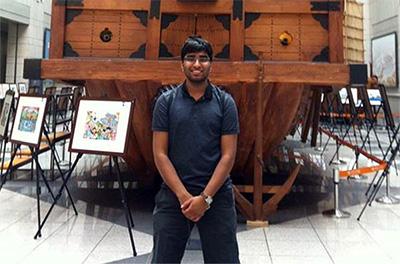 Sahil Nayyar '16 poses during a poster session at the Pennsylvania Capitol, where he presented original research. Photo courtesy of Nayyar.

A high-school physics class blew his mind. Now, Sahil Nayyar ’16 is very much in his element in pre-health and physics classes that combine analysis, investigation, deep thinking and imagination—all of his favorite pursuits.

A Song of Ice and Fire (series) by George R. R. Martin.

The Silence of the Lambs and The Matrix.

I want to do something with science, and I considered going into medicine. I have some familiarity with the field, as my mother is a psychiatrist, and there are many other physicians in my extended family. I was also very interested in subjects such as biology and chemistry. I actually knew next to nothing about physics until my senior year of high school, when I finally took a physics class. I fell in love with the subject immediately. It really seemed to fit my thinking style, with a combination of problem-solving, deep thinking and, most importantly, imagination.

Last summer I worked with [Associate] Professor [of Physics] Hans Pfister on various projects related to sustainable energy. This included a solar air heater, a device capable of gathering and storing solar energy in the form of heat. It was a lot of fun, and I learned many useful skills.

… Albert Einstein. He shared much with the world during his time on earth. Aside from scientific knowledge, I believe he held deep wisdom, as illustrated through his numerous quotes.

While I am still interested in medical school, I have recently also considered attending graduate school for physics or engineering.

… education would be available to all.

About my research internship:

During summer 2015 I participated in an REU (Research Experience for Undergraduates) at the University of Illinois at Urbana Champaign’s Center for Nanoscale Science and Technology. This was a 10-week paid internship with a stipend of $5,000. I had the opportunity to complete a comprehensive scientific research project, culminating with an oral presentation, poster presentation and research paper. My project was titled “Optical simulation of metal nanostructures using the discrete dipole approximation.” It was a computationally heavy project in physical chemistry.