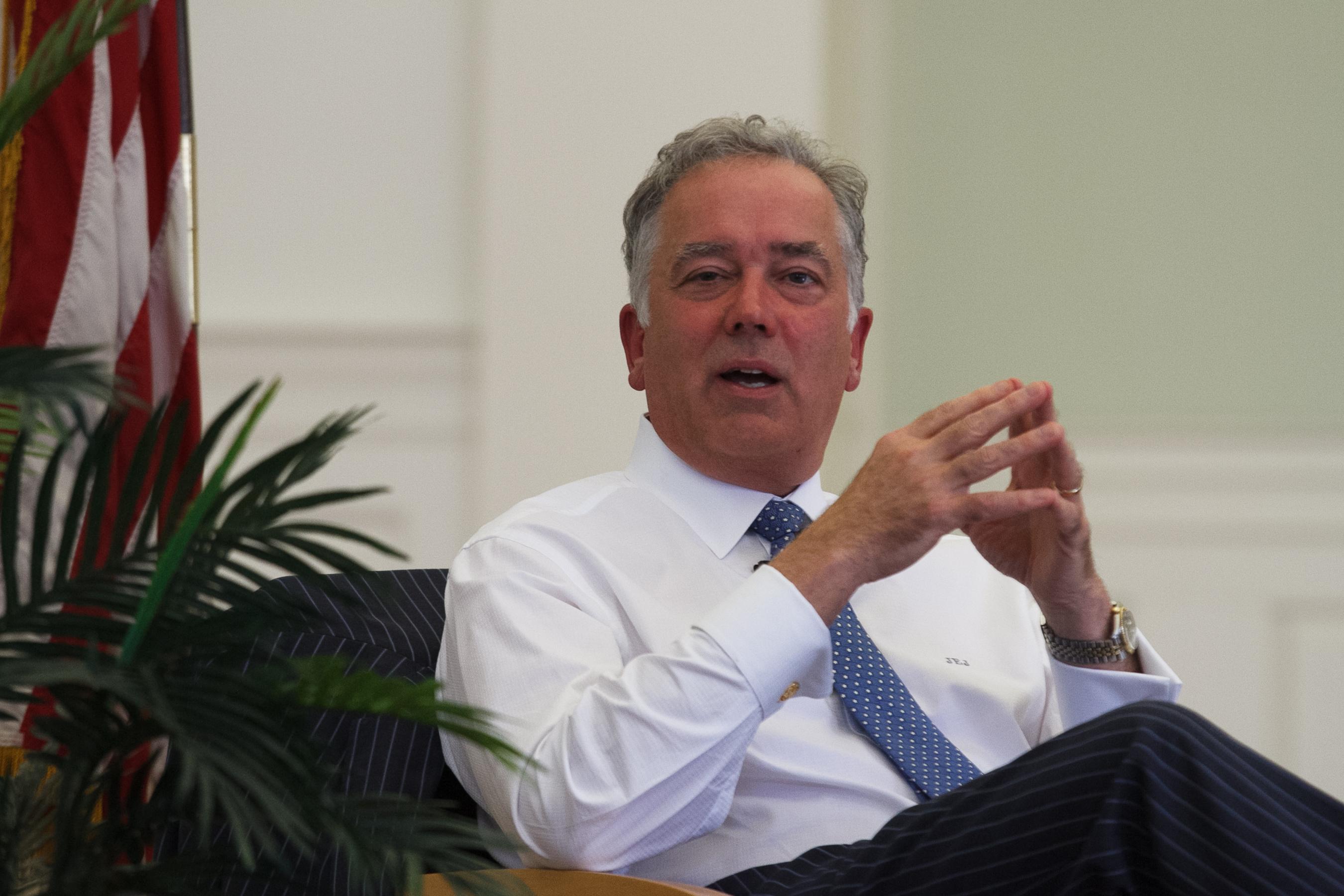 by Matt Getty and Christine Baksi

Dickinson alumnus, parent and trustee Judge John Jones '77, P'11 ruled on another high-profile case yesterday, striking down a Pennsylvania law banning same-sex marriage. The ruling on Whitewood v. Wolf, which was filed on behalf of 23 plaintiffs, overturns Pennsylvania’s 1996 Defense of Marriage Act (DOMA) as unconstitutional, a major development in a statewide marriage-equality fight that has drawn national attention.

Since being appointed U.S. judge for the Middle District of Pennsylvania in 2002 by President George W. Bush, Jones has presided over several prominent cases. In 2003, he ruled against Shippensburg University in Bair v. Shippensburg, striking down a university speech code that banned racist, sexist and homophobic speech. And in 2005, his ruling on the landmark Kitzmiller v. Dover School District case held that teaching intelligent design within a public-school science curriculum was unconstitutional.

Jones and the Kitzmiller case were featured in the 2007 Nova special "Judgment Day: Intelligent Design on Trial," televised nationally by PBS. In 2006, he was highlighted in Time magazine as one of "the 100 men and women whose power, talent or moral example is transforming our world." Jones also has appeared as a guest on national television programs such as the Today show, PBS NewsHour and C-SPAN's America & The Courts.

“My Dickinson experience caused me to set lofty personal and professional goals, to seek excellence in all that I do and to be unafraid of great challenges," said Jones. "Truly, a Dickinson education is not an anachronism, but is still useful in everything I do as a federal judge. There is no question that it has been essential when adjudicating cases of national import like Whitewood.”

H.L. Pohlman, professor of political science, A. Lee Fritschler Chair in Public Policy and director of The Clarke Forum for Contemporary Issues

"In my view, the most interesting aspect of Judge John Jones’ opinion striking down Pennsylvania's ban on same-sex marriage is his clear endorsement of the principle that rights protected under the due process clause of the 14th amendment can evolve and expand, as well as his conclusion that classifications based on sexual orientation are 'quasi-suspect' and therefore deserve 'heightened scrutiny' by federal judges. These two arguments are the crux of Jones’ decision, but using the language of the standard marriage vow to structure his description of the plaintiffs was a rhetorical tour de force."

“This decision marks the unity of the Northeast, historically the most progressive region of the country when it comes to social issues, in rejecting the institutionalized inequality of gays and lesbians. In the future, most Americans will look back on the early 21st century with the same mix of shame and puzzlement with which we now look back at the years in which segregation and prohibitions on interracial marriage were the law of the land.”