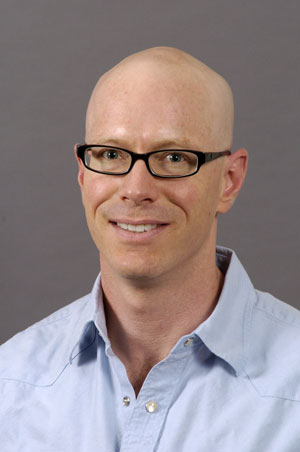 My research and teaching focuses on U.S. cultural and intellectual history, critical race theory, and cultural studies. My book, Republic of Drivers: A Cultural History of Automobility in America, was published by the University of Chicago Press in 2008, and my essays have appeared in journals such as American Quarterly, Public Culture, Social Text, Reviews in American History, American Historical Review, Transfers, and History & Technology. I am a frequent media commentator on US racial politics, automobility, and popular culture.

AMST 200 Racial Pol of Amer Pop Music
NOTE: Students who took this same topic as AMST 101 previously, ARE NOT PERMITTED TO TAKE THIS COURSE.This course considers popular music as both a reflection of and a transformative force within the larger American culture. Beginning with the nineteenth century and moving toward our own time, we will look at (and listen to) how popular music has helped to form and challenge racial identities in the United States. In the first part of the course, we will examine theories of musical aesthetics, inquire into the origins and revisions of the ever-weird entity called race, and discuss the power of popular music to reflect and influence politics and cultural values. These discussions will give us analytical tools and historical knowledge for thinking and writing about the genres such as minstrelsy, blues, “race” music, hillbilly/country, rhythm & blues, rock, folk, disco, rap/hip-hop, funk, conjunto, punk, heavy metal, reggae, and “indie” (to name just a few!).

AMST 303 The America that Race Built
This course examines the origins and histories of the concept of “race” in the United States. Beginning with a discussion of the concept of race and proceeding through the histories of various groups, we will examine how race interacts with other categories of identity—such as ethnicity, gender, sexuality, class, and nationality—in the everyday life of the nation past and present. Through we will rely on histories and social-scientific work to develop an understanding of how difference and diversity have been lived in America, we will also focus on how popular culture (such as film, television, popular music, and sports) and literature have shaped and continue to shape—rightly or wrongly—the way we see one another. This course fulfills the AMST major theory requirement.