Another early addition to our Makerspace is a 3D scanner.  This device analyzes a real world object or environment, collecting data on its shape and appearance to construct a 3D model.  Similarly to cameras, they can only gather data on spaces that are not obscured and it often takes multiple scans to create a complete model.  Here in the media center, we have scanned everything from a small Buddha figurine to faces. 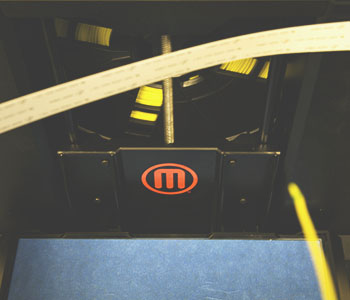 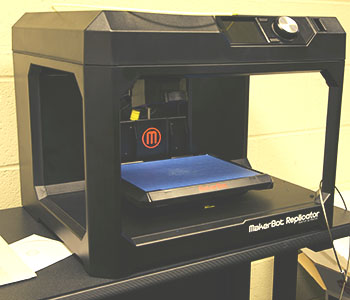 Here are some pictures of the Buddha figurine being scanned and the final product. 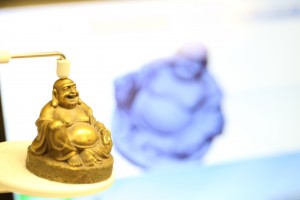 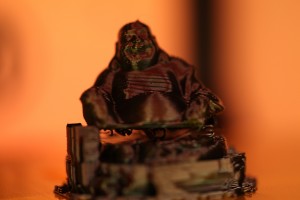 Check out this video of a 3D scanner in action scanning a face.