In its 11th year of celebration, the Semana Poética (Poetry Week) is an annual poetry festival that unites renowned poets from around the world as they present their work on campus and engage in lively, productive dialogue with students and the community. Students from Dickinson College also will share their work.

Co-sponsored by Academic Affairs, the Center for Global Study and Engagement, and the Departments of Spanish and Portuguese, German, Russian, Middle East Studies, French and Italian, English, and Music.

The schedule of readings is listed below. Videos from the festival are also available. 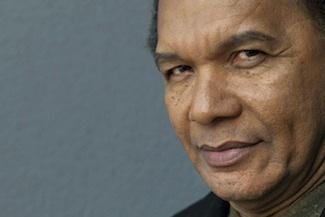 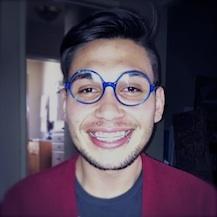 Fabian Alberto Hernandez (Dickinson College) is a poet from Inglewood, California. He began writing when he was in high school and continues to write and perform poetry as a member of Exiled, a spoken word poetry group at Dickinson College. He wishes to use the arts as a way to motivate and positively affect others. He believes that every person has a story to tell, and that in itself is enough to change hearts, minds, and even the world. 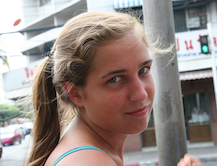 Devin Beaugureau (Dickinson College) originates from Chicago, Illinois and studies Spanish and Gender Studies at Dickinson College. Fascinated by the implications of poetry translation from one language and culture to another, she owes her passion to Alvaro Alemán and Cristina Burneo, professors who introduced her to the complexities of language and encouraged her to write about subject matter not usually associated with poetry. 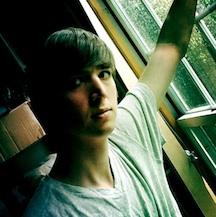 Robert Courtland Noyes (Dickinson College) is originally from Boston, Massachusetts. He studies Spanish and Creative Writing, leads the Public Safety Advisory Board, and has participated in the Diversity Monologues.  A winner of the Academy of American Poets Prize (2012), Robert Courtland Noyes thanks Professor and poet Adrienne Su for her support and critical advice, which has helped him grow as a poet and as a person. 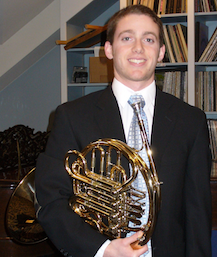 Matthew Orwitz (Dickinson College) is a horn performance major. Along with the student woodwind quintet, Matt has participated in the Dickinson College Community Orchestra, DICE, Dickinson Symphonic Band, Dickinson Jazz Ensemble, and various chamber groups. He also has served on the Music Society Board for the past two years. Currently, Orwitz studies with Professor Tyler Ogilvie. He will perform "Sonatina" by Apostel at the Opening Ceremony of Semana Poética XI.


Learn more about our student poets and performers. 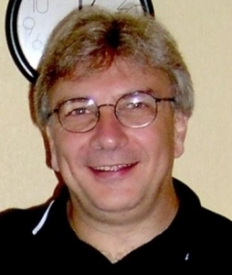 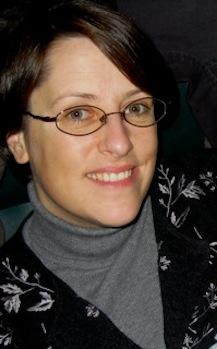 Elisabeth Frost (USA), a poet and critic, is the author of a collection of poetry, All of Us (White Pine Press, 2011); a chapbook, Rumor (Mermaid Tenement Press, 2009); and a critical study, The Feminist Avant-Garde in American Poetry (University of Iowa Press, 2003). She is also co-editor (with Cynthia Hogue) of Innovative Women Poets: An Anthology of Contemporary Poetry and Interviews (University of Iowa Press, 2006). In addition to a Fulbright Fellowship as a visiting professor at the University of Wroclaw, Poland, Frost has received grants from the Rockefeller Foundation-Bellagio Center, the University of Connecticut Humanities Institute, the MacDowell Colony, the Ledig-Rowohlt Foundation, Saltonstall, Blue Mountain Center, and Ucross, among others. Frost's poetry has appeared in numerous journals, including Barrow Street, Boulevard, The Denver Quarterly, The Journal, The New England Review, Poetry, and The Yale Review, and her collaborations with the visual artist Dianne Kornberg have been shown at the Chicago Cultural Center and other venues across the country. Frost's essays, reviews, and interviews have appeared in Contemporary Literature, How2, Postmodern Culture, and The Women's Review of Books, among others. She is an associate professor of English and Women's Studies at Fordham University, where she founded and continues to edit the Poets Out Loud Prize book series from Fordham University Press. The following poems in this booklet are all drawn from Frost's book All of Us (White Pine Press, 2011). 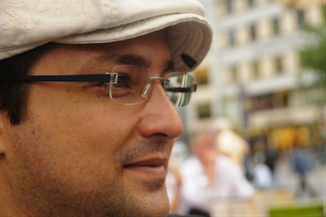 Gökçenur Ç. (Turkey) was born in Istanbul in 1971 and spent his childhood in a number of Turkish cities. He graduated with a degree in Electrical Engineering from Istanbul Technical University and has a Master's degree in Business Administration from Istanbul University. He started publishing his poems in Turkish magazines in 1990 and his first collection, Handbook of Every Book, came out in 2006. The second book, Rest of the Words, was released in 2010. Both books are published by Yitik Ülke (Lost Land) Publishing House. I Libri Del Merlo Publishing House published his third book, The Only Way of Looking at Thirteen Blackbirds at Once, in 2011, in Italy. His fourth book which includes "U Svetu Smo Mı, U Svetu Su Rečı, Ovde Je Sve Tako Savreno" ("We are in the World So Are Words, How Nice, Everyone's Here") was published by Treci Trg Publishing House in 2012, in Serbia. The same year his fifth book, With So Many Words On Your Back, was published by Yitik Ülke (Lost Land) Publishing House. He has attended several poetry and translation workshops and festivals in Riga, Vilnius, Istanbul, Athens, Tel-Aviv, Belgrade, Lodeve, Sofia, Zagreb, and Cunda. His poems have been translated to English, German, French, Greek, Bulgarian, Swedish, Portuguese, Japanese, Romanian, Latvian, Lithuanian, Macedonian, Serbian, Croatian, Occitan, and Hebrew and published in literary magazines. He has translated works by Wallace Stevens and Paul Auster, and a modern Japanese haiku anthology into Turkish. He is currently preparing an anthology of modern American poetry. He is the prime mover and co-director of Word Express (www.word-express.org). 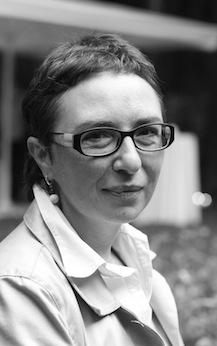 Elena Fanailova (Russia) is a poet and journalist. Born in 1962 in Voronezh, a town in Central Russia, she is a graduate of the Voronezh Medical Institute and the Voronezh State University where she majored in linguistics. Fanailova has worked as a doctor and as a university teacher. In 1995 she started her career in journalism by joining Radio Liberty. Fanailova is currently a host of the radio program, Far from Moscow, that covers various topics from the Beslan siege to new Russian prose. Fanailova's poems were published in leading literary magazines in Russia and abroad. They are also featured in The Anthology of Contemporary Russian Women Poets (University of Iowa Press, 2005) and Crossing Centuries: the New Generation of Russian Poetry (Talisman House Publishers, 2000). Fanailova is the author of five poetry collections and a winner of the Andrey Bely Award (1999), the Moscow Score Award (2003), and the Znamya Magazine Award (2009).  Her poems and books have been translated into English, German, Italian, French, Serbian, and Georgian. She often reads her poems in literary clubs and at poetry festivals. She currently resides in Moscow. 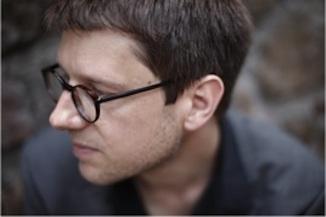 Jan Wagner (Germany) was born in 1971 in Hamburg and has been living in Berlin since 1995. He is a poet, a translator of English poetry (Charles Simic, James Tate, Matthew Sweeney, Simon Armitage, Robin Robertson), a literary critic, and was, until 2003, a co-editor of the international literature box, Die Aussenseite des Elementes. He published the poetry collections Probebohrung im Himmel ("A Trial Drill in the Sky"; Berlin Verlag, Berlin 2001), Guerickes Sperling ("Guericke's Sparrow", 2004), Achtzehn Pasteten ("Eighteen Pies", 2007) and Australien (2010) and co-edited the comprehensive anthologies of young German language poetry, Lyrik von Jetzt. 74 Stimmen ("Poetry of Now. 74 voices", 2003) and Lyrik von Jetzt zwei. 50 Stimmen (Berlin Verlag 2008). A selection of his essays, Die Sandale des Propheten. Beiläufige Prosa ("The Prophet's Sandal. Incidental Prose"), was published in 2011. For his poetry, which has been translated into thirty languages, he received various scholarships and literary awards, among them the Anna-Seghers-Award (2004), the Ernst-Meister-Award for Poetry (2005), the Wilhelm-Lehmann-Award (2009), the Villa Massimo residency of the German Academy in Rome (2011), the Friedrich-Hölderlin-Preis of the city of Tübingen (2011), and the Kranichsteiner Literaturpreis (2011). 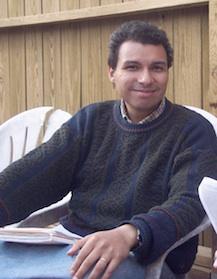 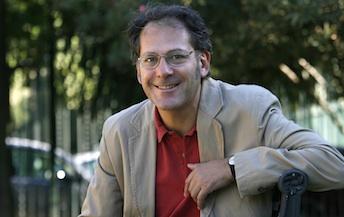 Eduardo Jordá (Spain) was born in Palma de Mallorca in 1956. Since 1989 he has resided in Sevilla. He is a storyteller, poet, and travelogue writer. Since 2005 he has taught a creative writing workshop in la Casa de la Provincia de Sevilla. As a prose writer, he has published La fiebre de Siam (2009), which was inspired by his experiences in a hospital in northern Thailand, and Pregúntale a la noche (2007), which centers on the life of a Catholic missionary during the civil war between the Hutu and the Tutsi in Burundi, a small country in Central Africa. He has also written a volume of stories, Playa de los Alemanes (2006) and has authored four travelogues: Tánger (1993), Norte Grande (2002), which describes a trip through the Atacama Desert in northern Chile, Lugares que no cambian (2004) and Esperando la tormenta (2007). As a poet, he has published La estación de las lluvias (2001), Ciudades de paso (2001), Tres fresnos (2003), Mono aullador (2005), and Instante (2007). An anthology of his poetry has been collected in Pero sucede (2010). In 2004, together with Jerezian poet, José Mateos, he coordinated a book of poems as a homage to the victims of the 11-M terrorist attack in Madrid: Madrid, once de marzo (Editorial Pre-Textos). In 2006 an anthology of his poems appeared in French as a bilingual edition: Mais ça arrive (Éditions Fédérop, Gardonne). 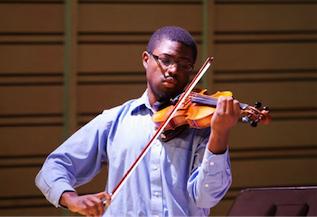 Alexander Strachan (Dickinson College) is a senior majoring in music with a concentration in violin performance. While at Dickinson, Alexander has assisted with orchestra rehearsals at local schools and instructed youngsters on the instrument he loves so much. Alexander toured Poland with Associate Professor of Music Blanka Bednarz. Over the course of a two-week engagement-packed tour, they played at churches, concert halls and civic centers throughout Poland, and joined a performance of Sinfonietta Polonia, the Polish national orchestra. Alexander hopes to continue his study of the violin in graduate school and pursue a career as a music therapist. Strachan will perform "Partita Number 3 in E Major" by Bach at the Closing Ceremony of Semana Poética XI.

Poetry Readings by All Participants on Closing Night