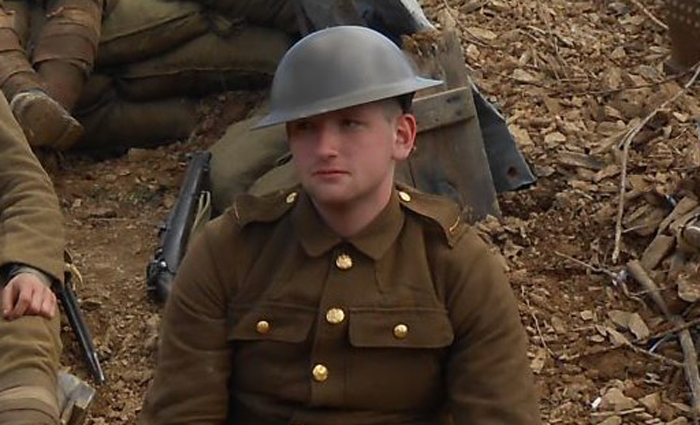 History major James Taub '15 doesn't just study American history. He lives it. Taub, who helped prepare The Trout Gallery's 2013 exhibition of Civil War drawings, has taken part in many historical reenactments during the past nine years, most notably portraying a soldier during the on-site commemoration of  the 150th anniversary of the Battle of Gettysburg.

Given his passion for the subject, it may seem surprising that he didn't attend the 150th anniversary celebration of the Gettysburg address, an event that drew history buffs from around the world, including Steven Spielberg. But Taub had a good reason. He was soaking in some British history as a study-abroad student in Norwich, England.

Historical Methodology. That class gave me an opportunity to see what being a historian is actually like.

[Associate Professors of History Christopher] Bilodeau and [Regina] Sweeney have taken me from being a student who knew a few facts to a historian who can interpret and analyze history.

Biscuits and gravy for breakfast.

I’d like to work in the museum or education field.

If I could have dinner with anyone, living or dead, it would be . . .

The Duke of Wellington. He was able to overcome seemingly insurmountable odds with limited and, often, faulty tools at his disposal.

The biggest influences in my life:

What they taught me:

Don’t be afraid to do something that scares you.