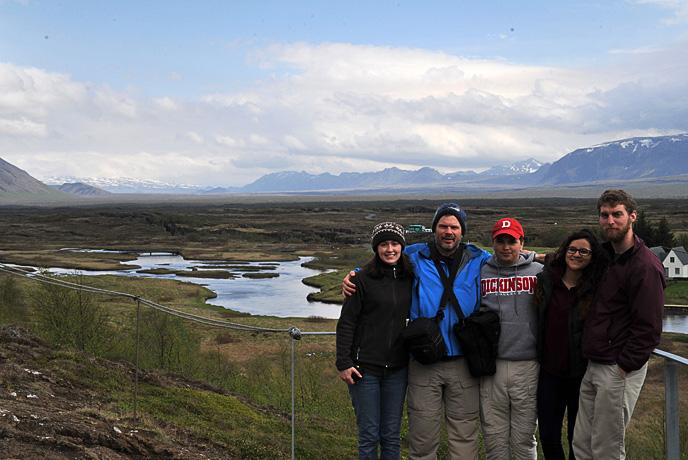 There are many cool field-research opportunities at Dickinson, but none are as downright chilly as those offered by Associate Professor of Earth Sciences Ben Edwards. With funding from the National Science Foundation, Edwards and his students beat the summer heat in Iceland, one of few places on earth where pillow lava is found on land. 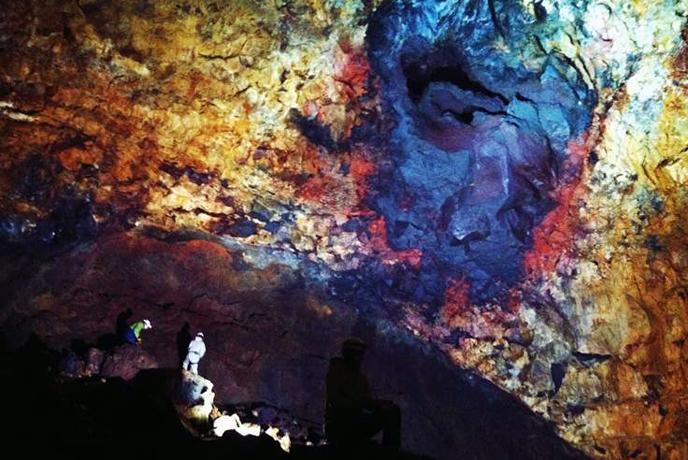 Colorful formations inside a volcano (for scale, view people at bottom-left).

Named for its pillow-like appearance, the lava is formed when an erupting volcano extrudes magma under sheets of ice. To access it, Edwards, Ellen Was '14, Aleksander Perpalaj '14, Elizabeth Plascencia '16 and other members of their research team climbed inside and around volcanoes and ventured across glaciers. By the end of their trip, they had collected and classified hundreds of samples, using GIS technology to record the location and properties of each one.

“At first I had trouble identifying the distinct features of pillow lava, but after almost three weeks of collecting samples, I gained a significant amount of experience,” says Plascencia, a rising sophomore and Posse scholar who is considering a career in volcanic seismology. “I could not have asked for a more worthwhile research experience.”