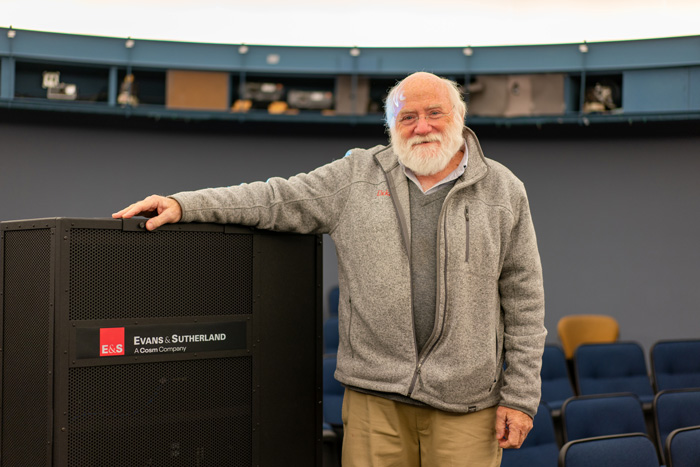 Paul Kanev came to campus in November for the unveiling of the planetarium's new projector, made possible with his generous gift. Photo by Dan Loh.

With a generous gift, the Kanev Planetarium allows students to look further into the universe than ever before

When Dickinson students want to study the sky, the stars or the universe, they don’t have to go far to do it. Because inside Tome Hall is the Charles M. Kanev Planetarium, a facility that just got a major upgrade in the form of a digital projector from Paul Kanev ’75, the planetarium’s original donor in 1999, who named the site after his father.

“When I was a student here, I worked in what was called the Bonisteel Planetarium for four years,” explains Kanev, who returned to campus recently for the unveiling of the new projector. “And my father was very supportive of that with equipment from his factory. So, after his death in 1995—and the new building and the new planetarium—it seemed like a wonderful tribute to Charlie.”

For the uninitiated, a planetarium is a special projector used to create a simulation of the sky on a domed ceiling. And as Associate Professor of Physics & Astronomy Windsor Morgan notes, Dickinson’s previous projector only allowed students and others interested in astronomy to see the sky as seen from the surface of the Earth, and mostly only the northern hemisphere at that. But the technology upgrade made possible with Kanev’s gift, and a matching gift from the George I. Alden Trust, is a game-changer. 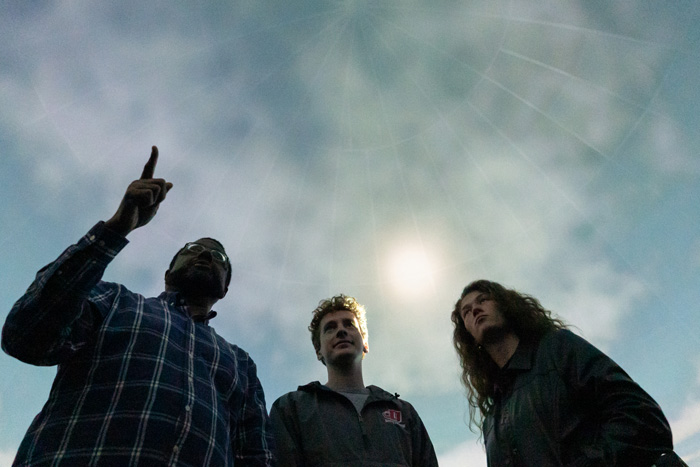 “The new projector is a huge step forward in the college’s abilities to display the sky and to educate students in astronomy, allowing us to ‘fly’ to other parts of the galaxy,” says Morgan, adding that the new projector can show what the sky looks like not only from anywhere on earth but from other parts of the solar system. “This gift means that Dr. Kanev really cares about the future educational needs of Dickinson students. We were grateful for his contribution to the planetarium that we installed when we moved into Tome in 1999, and we’re grateful for his continued support today in 2022.”

In addition to his philanthropic legacy at Dickinson, Kanev is also the most recent recipient of Dickinson’s Alumni Association’s Professional Achievement Award for his work as a pediatric neurosurgeon.

“I'm where I am in life because of everything that happened to me at Dickinson,” says Kanev. “So the planetarium is an opportunity to share that with others.”