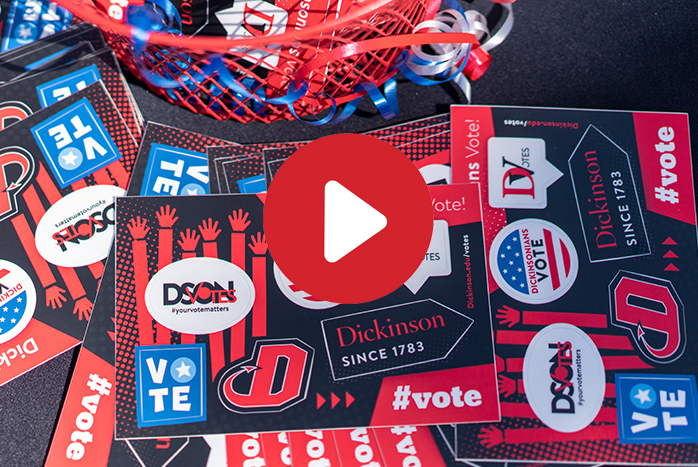 Dickinson celebrated National Voter Registration Day with music, refreshments, giveaways, and a voter registration drive on Britton Plaza Tuesday, Sept. 20. The event was hosted by the Office of the President and Dickinson Votes.

"Our democracy is based on the concept that we have participation from our citizens and that our citizens vote, so the first step, of course, is to register to vote," President John E. Jones III '77, P'11, told students at the event. "Once you do that and once you vote, it becomes a lifelong pattern and a habit for most people."

When it comes to forming that lifelong habit, Dickinsonians have a solid track record. The ALL IN Campus Democracy Challenge has awarded Dickinson the “Highest Voter Registration” and “Highest Voter Turnout” awards among four-year institutions as part of the Pennsylvania Campus Voting Challenge. And Washington Monthly magazine ranked Dickinson No. 5 in the country on the Student Voting Honor Roll.