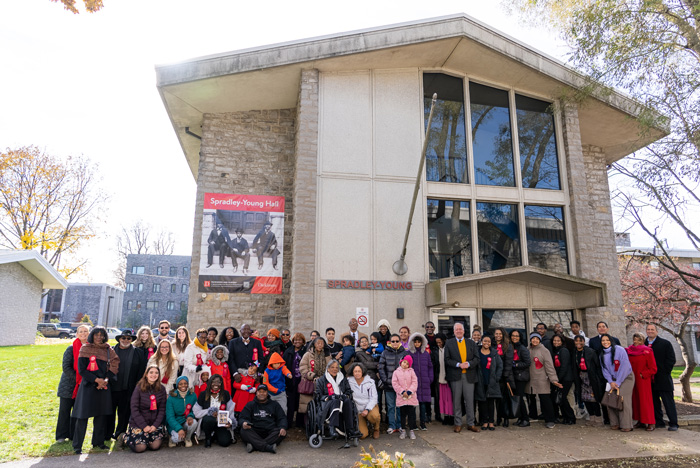 This weekend, as part of the Dickinson and Slavery initiative led by Professor of History Matthew Pinsker and his students, Dickinson marked the renaming of Cooper Hall to Spradley-Young Hall and the East College Gate to Pinkney Gate. The renaming honors Henry W. Spradley and Robert C. Young, two longtime 19th-century Black employees and noted community leaders in Carlisle, and Carrie and Noah Pinkney, formerly enslaved food sellers who worked around campus in the late 19th and early 20th century. More than 50 descendants and representatives of the Spradley, Young and Pinkney families traveled from across the country to attend the ceremony.

In May 2020, Dickinson’s Board of Trustees unanimously approved the name changes, following recommendations from a 2019 report from the Dickinson and Slavery initiative, a multiyear research project launched as part of the House Divided Project.

View photos from the event on the college Facebook page.