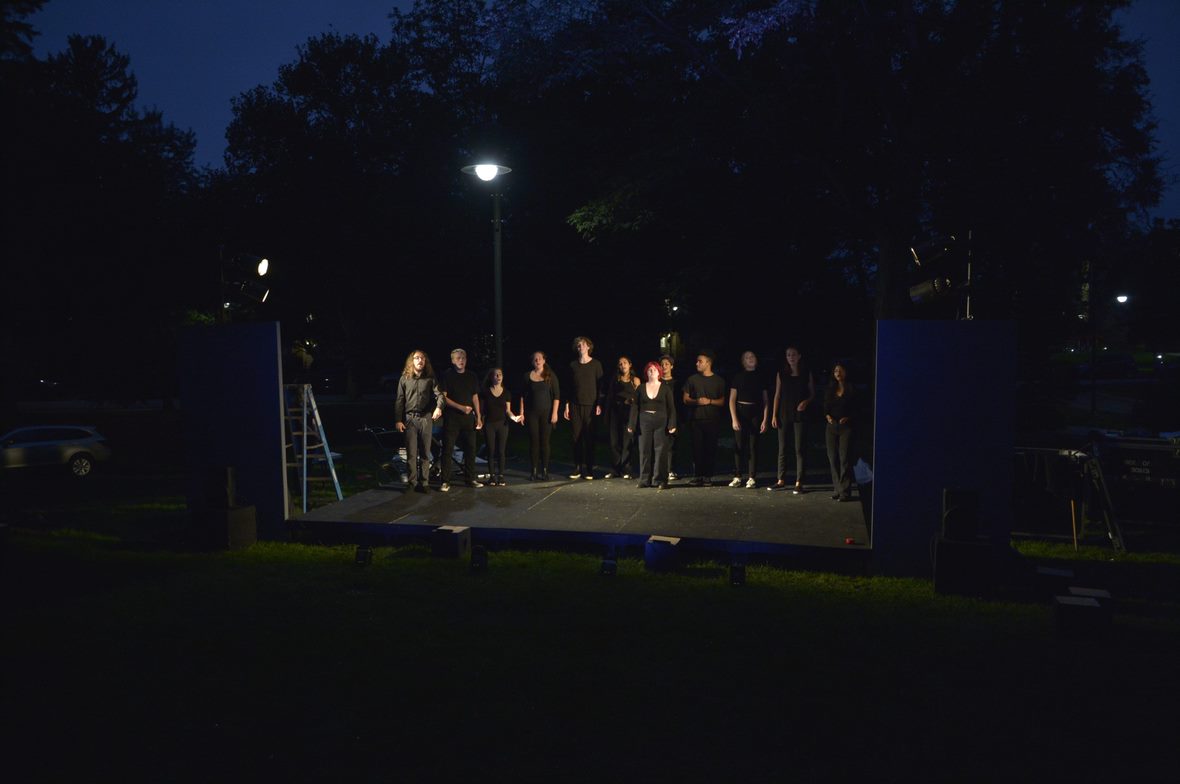 All the world’s a stage,
and all the men and women merely players;
they have their exits and their entrances;
and one man in his time plays many parts,
his acts being seven ages.

Those famous lines from Shakespeare’s As You Like It are beloved by thespians, and not only because they place human experience into theatrical context. In the less than 23 verses that follow, Shakespeare offers us a vivid tour of the “seven ages” of the human lifespan, chock full of timeless (if grim) universal truths.

That powerful and economic speech provides a useful blueprint for the Mermaid Players' fall 2021 production. Seven Ages of Shakespeare explores Shakespeare's “seven ages” of life through some of the Bard’s most beloved and powerful scenes, songs, soliloquies and sonnets—all in a brisk-moving, 80-minute review.

The production opens Friday, Oct. 8, at 7 p.m. and continues Saturday, Oct. 9, at 7 p.m. and Sunday, Oct. 10, at 1 p.m. Admission is free to this outdoor performance on Morgan Field. Audiences are encouraged to bring blankets and chairs.

Professor of Theatre Todd Wronski and Dramaturg Brendan Carr ’22 (environmental studies, theatre) combed through the canon to select pieces for the review. Then they assembled the excerpts into seven acts, each act reflecting one of the life stages in the “All the world’s a stage” soliloquy, from infancy to the so-called “second infancy” of extreme old age.

“We also made sure to include songs in the production, because Shakespeare did,” says Wronski, who worked a variety of songs penned by the Bard, and a rendition of Cole Porter’s “Brush Up Your Shakespeare” into the mix.

The production’s outdoor setting is another nod to Shakespearean tradition, since many of the works in the review were written to be performed under open skies. While performing outdoors does present some challenges—fingers crossed for good weather!—it provides a prime opportunity to gather safely together and enjoy highlights from the most widely renowned body of literary work in the English-speaking world.

“We encourage audiences to bring blankets and chairs, and bring a picnic if they like,” Wronski says, “so they can enjoy the performance in much the same way as Shakespeare’s audiences did.”

View more photos of the performance on Dickinson's Facebook page.